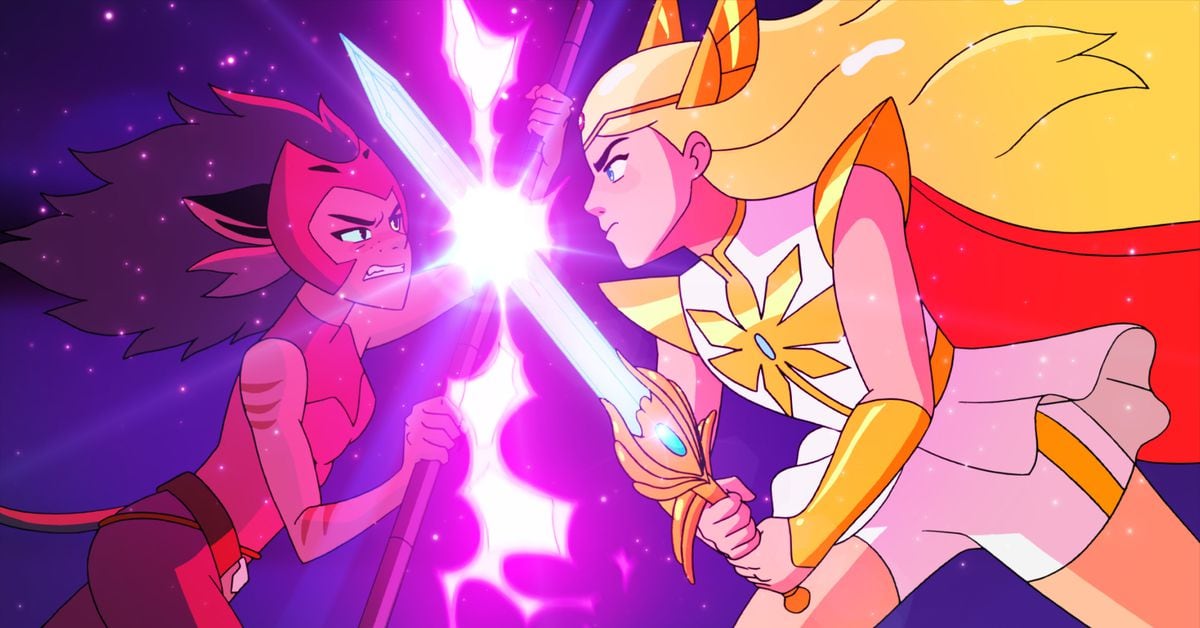 It seems odd to think that She-Ra and the Princesses of Power ended its run on Netflix just over a year ago. Praised for its visuals, writing, and multidimensional characters during its first season, the animated show continued to garner more notice and success with each increasing season. Raina Deerwater of GLAAD stated that the driving force of the show was the relationship and love between two women, something many other critics spoke positively about as well. With multiple season ratings in the 100’s and a comprehensive and fulfilling conclusion, it seemed difficult to imagine a new project coming from our warrior princess anytime soon. However, Amazon has other plans, by announcing a brand new live-action show about She-Ra just yesterday!

The new live-action revival of She-Ra is executively produced by Dreamworks Animation (in conjunction with AmazonStudios), the same animation studio that also produced all five seasons of the reboot on Netflix. The move from Netflix to Prime Video seems like an odd choice, considering that Netflix produced the critically acclaimed animated series. However, learning that Dreamworks Animation is still actively involved in the development and creation of the live-action series brings some comfort.

Information about the Amazon Prime Video show is scarce with the project still in early development at the streaming service. There are currently no writers attached to the project nor any cast that has been announced. However, it does seem like this new project is not attached to any previous She-Ra project or any other Masters of the Universe project. Current or otherwise. This is probably for the best, allowing the show to become its own thing without shoving it into any connective universe.

This live-action She-Ra project is the second reboot for the character, with the original animated series She-Ra: Princess of Power debuting in 1985, followed by the Netflix reboot in 2018. The original series was made in partnership between Mattel and Filmation as a spin-off of the 1983’s He-Man and the Masters of the Universe animated series. Both were used as an extended way to sell and push Mattel’s toys and action figures.

Both the original and Netflix reboot followed similar stories. Adora is a normal teenage girl that can transform into She-Ra, the twin sister of He-Man. Her powers are derived from her sword, which gives her super-strength, agility, vitality, and healing. She-Ra uses her powers to lead the Great Rebellion against Hordak and the Evil Horde. It seems rather logical that the initial season of the project may follow a similar story to its two predecessors prior to veering off into uncharted territory. While every adaptation should stand on its own, using the Netflix reboot of She-Ra would be a great starting point, because what Netflix did was something truly magical. However, at this time no information on the new live-action She-Ra’s story is known.

With this new live-action She-Ra series in active development, it poses an interesting question. Is a larger “Masters of the Universe” universe in the pipeline as well over at Amazon Studios? With the huge success of Kevin Smith’s Master of the Universe: Revelation on Netflix, Amazon would be crazy to not eventually adapt He-Man to live-action as well. Though if they do, I hope they ask Mark Hamill back as Skeletor. Cause that casting is just perfect.

The original news of Amazon’s She-Ra series was first reported by Variety. As this story develops and more information becomes available, we here at The Cosmic Circus will keep you informed. However, what do you think about a new She-Ra show making its way to Amazon Prime Video? Is it too soon after the masterpiece that Netflix created or is there space enough for both shows to exist in harmony? Let us know what you think over on Twitter.