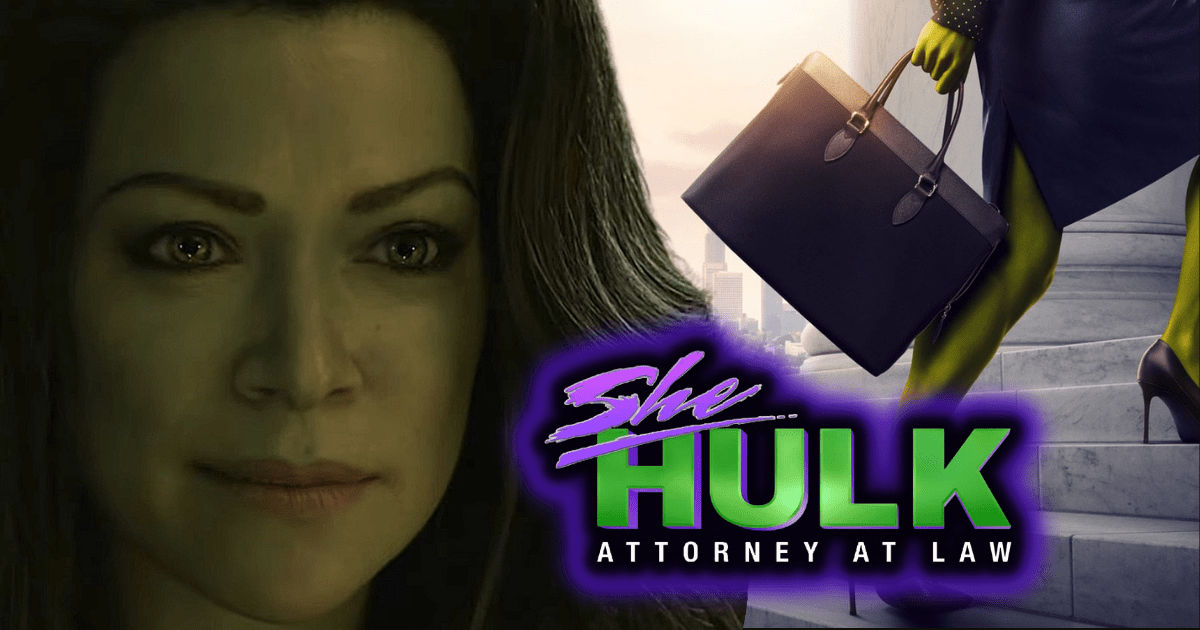 Aside for Thor: Love and Thunder, I am not more personally excited about a Marvel project than the upcoming She-Hulk series on Disney+. Today was a great day for fans of the Big Green Queen Jennifer Walters aka She-Hulk as we now have a release date of August 17th, 2022, a new logo, a new poster, and a trailer for the show!

But that’s not all! I also have a couple of confirmations for characters who I was able to confirm with sources the identity of in the trailer. I can also exclusively share about a NEW character that is apparently also in the show. So please read on!

While there has been some criticism already that perhaps the CGI on She-Hulk herself isn’t quite “ready” yet, she still looks fantastic and I just love the fun take on the character so far. There are many glimpses of known, unknown, and rumored characters throughout which I will talk about in a moment. In the meantime, check out the trailer below…

Known and officially announced actors/characters seen appearing with Tatiana Maslany include Mark Ruffalo as Bruce Banner/Hulk, Tim Roth as Emil Blonsky/Abomination, of course. If you were hoping for Charlie Cox as Matt Murdock would appear in this trailer, you will be disappointed. However, rest assured he’s coming, as I previously indicated via this article in March.

Another who was previously known to be in it is Jameela Jamil. Her character is believed to be Titania. Here she is in the trailer giving us the first look at her as the supervillain set to give She-Hulk a hard time.

While he did not appear in the trailer, I am also pleased to see that Benedict Wong was also confirmed to be in the series via a press release today. Those who follow me on Twitter will recall I posted that Wong would return for She-Hulk back in March.

I'll just throw in that I had heard quite a while ago from a dependable source that Wong is in #SheHulk too. https://t.co/HXvCCeX6HP

As for the NEW stuff! There were a couple of images of new characters that I know people on Twitter are already guessing (correctly) but I was able to independently confirm with sources who they are. Here we go!

I have confirmed via my sources that yes, this is The Wrecking Crew. You may recall this was the very first exclusive I posted on this site when it launched on July 3, 2021. You can read more about the Wrecking Crew in the comics here.

Next up. I am told by a very dependable source that the character pictured from the trailer above is Frog-Man. Those of you guessing about that on Twitter, pat yourselves on the back. It’s true!

The Cosmic Circus writer Vin actually has a very interesting theory on this character based on a very deep dive into the comics. Be sure to take a look at his new post here next!

As for my very prickly exclusive! I have also heard from a dependable source that “a porcupine man” will be appearing in the She-Hulk series as well! This character wasn’t seen in the trailer, but likely is a version of either Marvel character Alexander Gentry or Roger Gocking who both went by Porcupine and wore the Porcupine armor.

That’s it! What do you think of the new She-Hulk trailer? Let us know in the comments or on social media! And please consider supporting this site by joining the Patreon and Discord.