She-Hulk: Is it a Frog or is it a Daredevil? 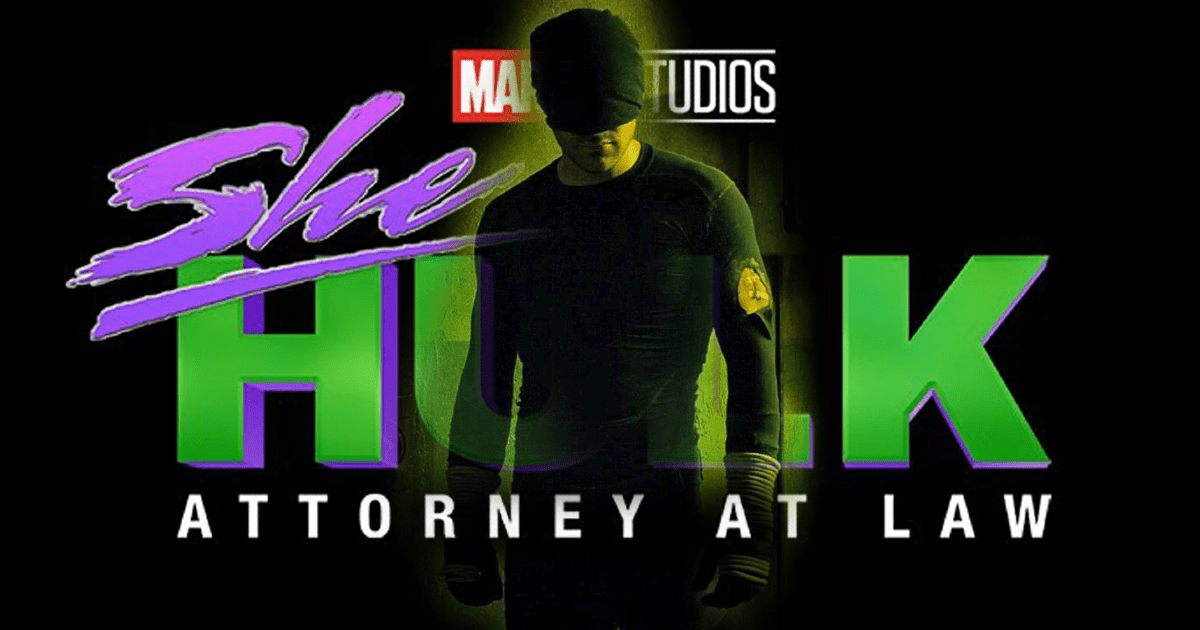 She-Hulk: Is it a Frog or is it a Daredevil?

Just last night we got our first full look at Marvel’s new She-Hulk series! While the response to the CGI has been mixed, the rest of the trailer looks pretty great. I’d personally like more of a witty John Byrne feel, but I’m so excited for a She-Hulk show that I’ll take what I can get!

On top of lots of cool reveals about Tatiana Maslany’s Jennifer Walter and her world, we also got a quick sizzle reel of a couple of upcoming villains. One of them is the Wrecking Crew, confirming Lizzie Hill’s exclusive from last summer. One of them was Jameela Jamil’s Titania, who has long been confirmed for the show. But there was a third character who caught my eye: the green ninja dude.

Consulting with our fantastic Cosmic Circus Patreon members, we quickly realized that this character was actually Frog-Man (Eugene Patilio), a super obscure Iron Man / Spider-Man villain. Just a short time ago, our own Editor-In-Chief Lizzie Hill was able to confirm with her own sources also, that this is Frog-Man or at least one version of Frog-Man.

Upon digging deeper, I discovered that there was an older, even more, obscure version of the Frog-Man (Francois Le Blanc) who had started out as a Daredevil villain. And deep in the history of Marvel Comics, I learned that Matt Murdock had once slipped on Francois’ Frog-Man costume as a temporary disguise in Daredevil (1964) #11. Given that Charlie Cox’s Daredevil is set to appear in the show in a major role, I believe that this “Frog-Man” in the trailer could actually be our first look at Matt Murdock, in disguise. If not, it’s possible we see a similar scene to the comics below play out during the series.

In the comics storyline, Matt and Foggy Nelson are trying to take down a team of “Ani-Men,” who are a band of animal-themed thugs (Cat-Man, Frog-Man, Bird-Man, and Ape-Man). After beating them up, Matt realizes his personal burdens are weighing him down, so closes down the Nelson & Murdock Law Office and sets off to travel on his own and self-reflect.

While I can’t assume She-Hulk will adapt all of the Ani-Men in the show, I am intrigued to see how the Frog-Man costume fits in, and if that’s truly Matt Murdock under the mask or which Frog-Man this is specifically.

This could possibly tie into the end of Daredevil season three when Matt loses Melvin, his regular costumer maker, explaining why Matt needs to improvise an outfit in She-Hulk. This could even be connected to the story behind his new yellow suit that Lizzie Hill confirmed a few months ago.

The end of the comic issue, with Matt closing the law agency to travel on his own, could explain what happened between the events of Daredevil and She-Hulk. And finally, the scene of Jen swiping through potential boyfriends in the trailer sets up a vacancy for a new romantic interest to enter her life, which is exactly where Matt could find his place in the show as well (their relationship has also been previously confirmed by Lizzie).

Having Matt as the Frog-Man would give this silly character a solid narrative reason to exist in the series, and would also explain his powerful fighting stance seen in the trailer (in the comics, Frog-Man is not much of a fighter).

But what do you think about the crazy Frog-Man? Could he just be a throwaway villain, or is it possible there could be something more to this green fiend? Let us know in the comments @MyCosmicCircus and stay tuned to the site for more theories and She-Hulk coverage coming soon!

For more info on Frog-Man, check out our Frog-Man Reading Guide! And while you’re waiting for the show to start this August, why don’t you brush up on your classic She-Hulk knowledge with our brand-new She-Hulk Reading Guide! Covering the sensational John Byrne run, as well as her early time on the Fantastic Four and the Avengers, this is a great way to meet Jen and watch her character evolve through the ages. Happy reading!