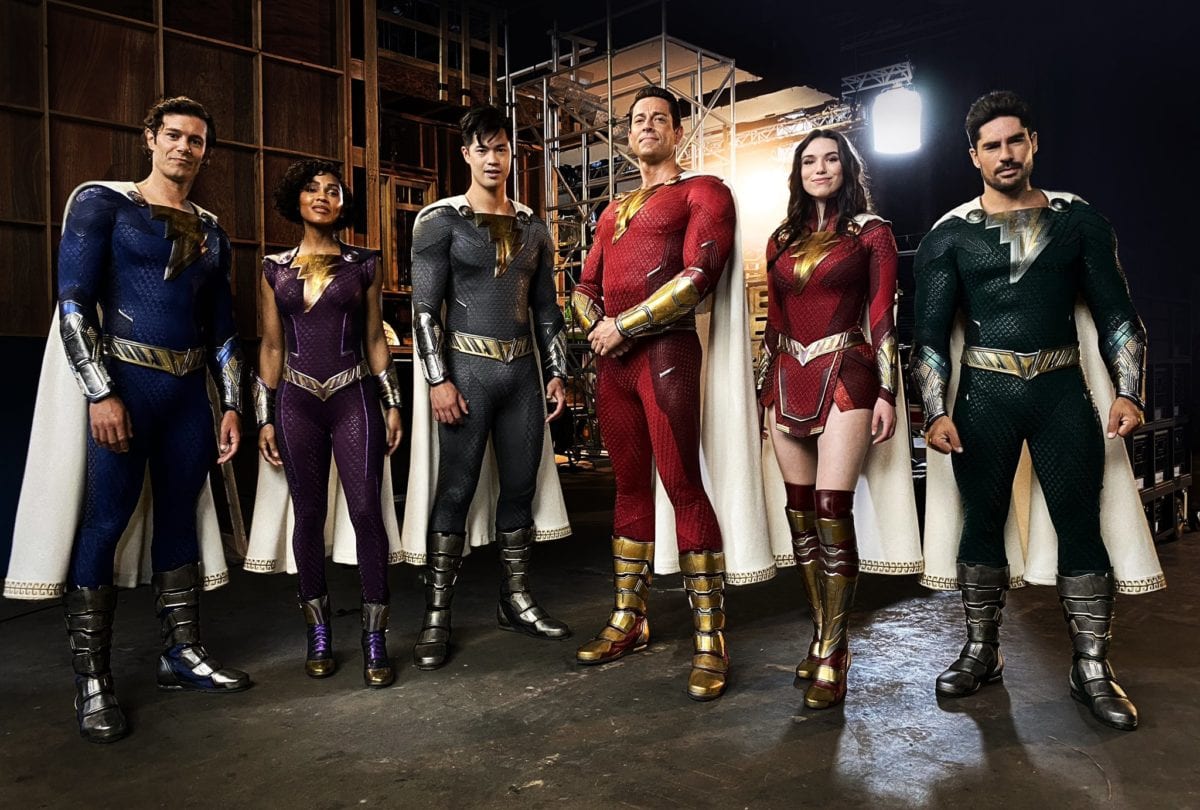 After COVID-19 delayed the start of production of Shazam! Fury of the Gods, principal photography finally began on May 26, 2021. After 3 full months of filming, the film wrapped production on August 31, 2021. The wrap on filming was announced on Instagram and Twitter by director David F. Sandberg.

The film’s young Billy Batson, Asher Angel, also celebrated the official wrap of filming by posting a behind-the-scenes look at him and co-star Zachary Levi on the set of the film. Asher Angel and Zachary Levi are both confirmed to be returning to their respective roles as Billy Batson and Shazam. Joining them in the film are returning cast members Djimon Hounsou, Jack Dylan Grazer, Faithe Herman, Grace Fulton, Ian Chen, Jovan Armond, Marta Milans, and Cooper Andrews. The cast is confirmed to be returning to their roles as Billy Batson’s foster family, along with Djimon Hounsou returning as the original Shazam. His unexpected return was first reported by Lizzie Hill via Murphy’s Multiverse on 5/17/2021.

Rachel Zegler’s exact role is still under wraps but our very own creator of Cosmic Circus, Lizzie Hill,  reported an exclusive on Zegler’s character back on June 3, 2021 when she was still at Murphy’s Multiverse. The report includes details such as Zegler’s character will use the name Anne for part of the film at least. Along with her name, Lizzie also reported at the time that “Anne” will play a potential love interest for Jack Dylan Grazier’s character Freddy. This was confirmed by a photo last month which revealed the two kissing during a rooftop shoot.

Rachel Zegler and Jack Dylan Grazer sharing a kiss on the set of #Shazam: Fury of the Gods. pic.twitter.com/951ckDAXDp

The report by Hill wrapped up with details about the character wearing a golden-armored suit on a rooftop (also now confirmed above), leading to speculation that she’ll have super abilities and be the third and youngest sister to Hespera and Kalypso, with her real name yet to be revealed. The rumored three sisters in the film are believed to be the daughters of the Greek god Atlas in the comics, which hints that we might be further exploring some Greek mythology in the film.

On June 9th, the report was further backed up by leaked set videos of Rachel Zegler in her golden armor while she stood on set with a fully costumed Zachary Levi, in his brand new updated Shazam suit. After set videos and pictures came out, on June 21st, director David F. Sandberg posted a brand new exclusive look at the Shazam family in their new suits. The updated costumes give us an inkling that the Shazam! sequel received a big budget boost. June 21st also gave us a first look at Helen Mirren’s Hespera in full costume while on set with Zachary Levi’s Shazam.

Shazam! Fury of the Gods was originally slated for release April 1, 2022 but was then delayed to November 4, 2022 because of COVID-19 and was then delayed again to a final set release date (for now) of June 23, 2023. Shazam! Fury of the Gods will have an official panel at this year’s DC FanDome on October 16, 2021, featuring the cast and the first behind-the-scenes look at the 2023 film.

Are you excited for our first look at the film at this year’s DC FanDome? Leave a comment down below and let us know!