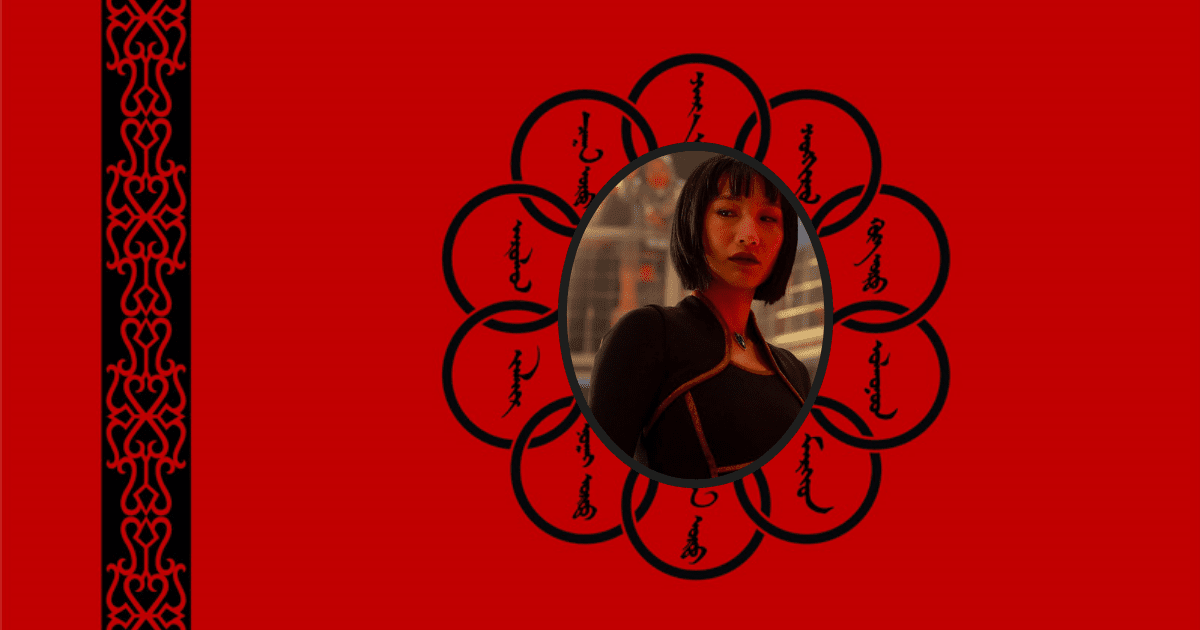 Spoiler warning for Shang-Chi and the Legend of the Ten Rings below! 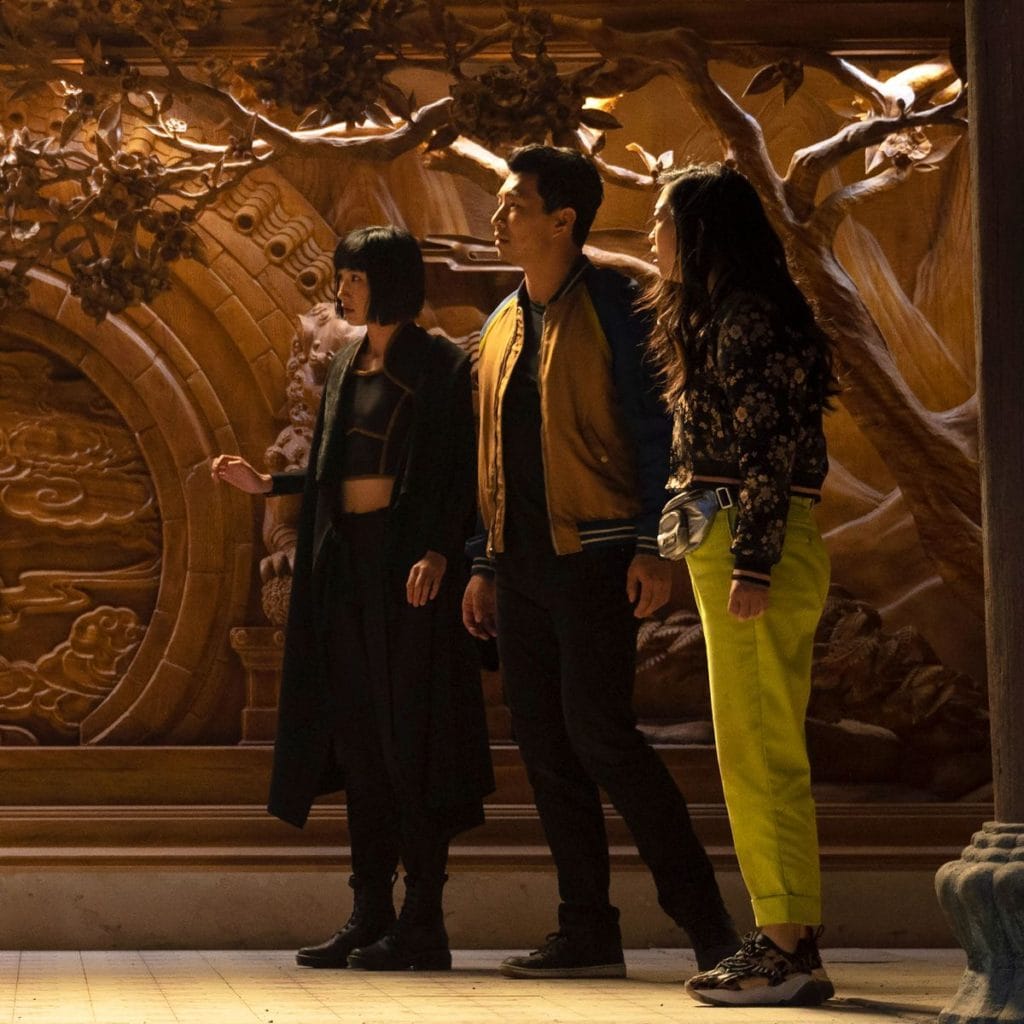 As I had suspected would happen by the end of Shang-Chi and the Legends of the Ten Rings, Shang-Chi’s sister Xialing (Meng’er Zhang) takes over the Ten Rings organization. It’s also apparent that the transition was probably made immediately, with the scene zooming out showing the stylistic graffiti we saw in her nightclub/fight ring where we meet her.

After seeing Emily Van Camp’s Sharon Carter remain as the Power Broker in Falcon and the Winter Soldier, I imagined she wouldn’t be the only MCM character that was isolated, quietly helped a hero, but later doubled down on their ulterior motives amongst the shadows. The shadows are something the Ten Rings have excelled in working in for ages so I doubt much of the operations will change.

Xialing did stick around for a few more years, both of her training montages show her ruthlessness in combat that will likely transfer over to her managerial decisions. Running an enterprise with the history and effectiveness of the Ten Rings would likely prefer to have someone of her caliber in charge. There should be no doubts at all that she will be a challenge to the world at large, her declaration of making her own empire was not danced around.

So, what’s next? It’s still entirely too early to know, but I did already throw around some thoughts the day before I managed to sit in on a screener. I wasn’t flooded with ideas as I thought I would be, but the aspirations moving forward with these characters was something I hadn’t really considered.

Awkwafina’s Katy impressed me in each act of the film in how she is the ultimate ride-or-die. The only opportunities she backed down from were the ‘boring’ ones suggested by her mother and newly responsible friends. Although the archery instructor Guang Bo at first was hesitant to allow Katy to even join the fight, he knew that she would be capable of taking a deep breath and placing the arrow on target. Pairing that impulsive nature with her stellar driving skills could be revisited, Marvel having a vehicular chase scene is a recurrence after all.

I’m thrilled to see Marvel embracing each character. Xialing’s description of her waiting for her brother was a tough moment in the film. Hopelessness is a root part of the struggles for most characters, Wenwu seemingly the only one who does not, instead of going through more distorted grief similar to Elizabeth Olsen’s Wanda at the end of WandaVision. I’m liking this approach from Marvel, it’s welcomed after past villains had less than interesting ambitions at times.

Now I’m not saying Xialing is a villain, but my takeaway from the movie was that she would fulfill a role vacated by her father’s death. It’s hard to pin her goal (assuming it is only one), she landed a great blow on her brother so by now she might not have any desire to engage against him. With Shang promoted to an Avenger, it might be better for her operation to continue working with minimal attention drawn. Clearly, she’s capable of doing it on her own from the ground up, her underground club was well outfitted and the reach she got over the dark web was astounding. While I’m not entirely clear on her level of recognition (as she was the main fight contender), the reaction at the door when Xialing was name-dropped gave a glimpse into her veil of security.

The Ten Rings Organization has stayed hidden for centuries, that standard won’t change and Xialing will expertly use that as she moves further along in conquests. She values privacy and the ability to work without interruption or being spotted. The domain for the organization also provides a bit of solitude, having operations from a distance would allow her to work from afar, and keep her out of direct danger. Not one to shy away from a fight, she would know when to put her own boots to the ground, but with a personal army, she won’t need to for a while. 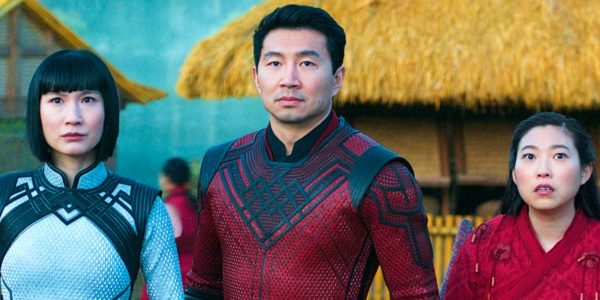 Will Xialing show up in a possible Shang Chi sequel that Marvel seems to already be gearing up for? I truly enjoyed the scenes with Xialing. I’m impressed by Meng’er Zhang’s acting considering this is her first film. Maybe I just have an affinity for younger siblings as Loki was also a fascinating character in the MCU for me and can see this happening again. I hope Marvel capitalizes on this and gives us another great villain to root for gleefully. And if not, it’ll be interesting to see where she pops back up and who she may clash with.

Is it possible that Marvel pits villains against one another to fight for territory, power, or even personnel? There seems to be a bit of a vacuum throughout the world in various spots as they recover from The Blip. As we know Asia is a massive continent and yet they are able to travel anywhere. What I want to know is how far she wants to make her reach, will she be a threat that would elicit a foreign response? Her prior crimes were arguably global, but digital. Perhaps we come to a constraint between The Ten Rings and other crime syndicates OR instead we get a hero’s nightmare: villain team-ups. Since Disney+ is another avenue for MCU content, I wouldn’t rule out having The Ten Rings make appearances in that format as well. If anything, a project on Disney+ might be a better play to help flesh out better plots and maybe feed to a bigger arc in Phase 4 or 5, wherever they decide to bring them back.

Overall I’m pleased with the direction they have for Xialing, I hope to see her pop up more than once. With the backstory we saw in the film the only way to move with the character is into the future and I readily await to see her return. Now whether Xialing comes up against Simu Liu’s Shang Chi again is a toss-up, but with Marvel, it wouldn’t surprise me that their newest Avenger has to eventually face his kin again.

Shang Chi and the Legends of the Ten Rings is out in theaters now!