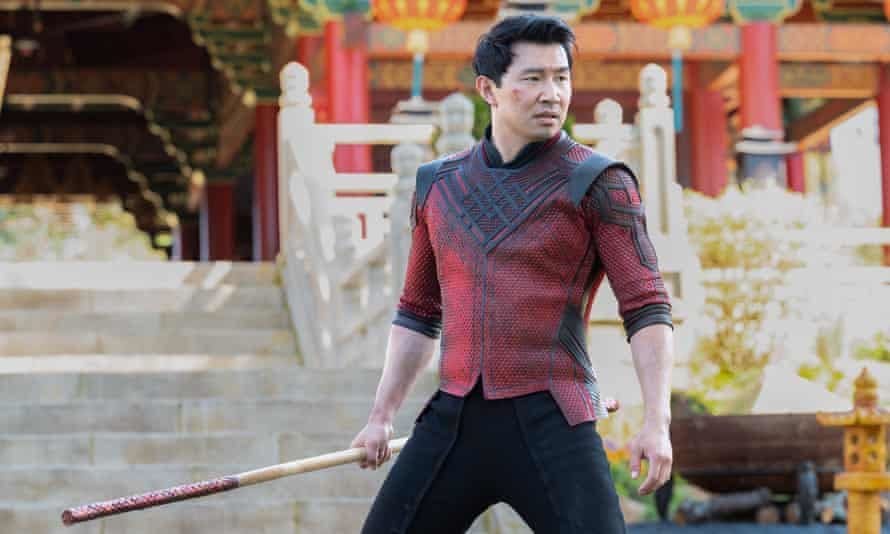 Well, it is always bound to happen, images have leaked from an upcoming MCU project, this time its Shang-Chi and the Legend of the Ten Rings. Now, these images might not be up for long (which is why I’m only linking to them) but an Imgur poster has shared what appears to be several legit-looking images from the upcoming Marvel film, and appears to include a familiar face from MCU past.

SPOILERS for Shang-Chi and the Legend of the Ten Rings below!

The quality isn’t great, but images include Shang-Chi fighting his father Wenwu, a nice close-up of Awkwafina’s Katy in red robes, and looking quite concerned. One image provides possibly the best look yet at The Great Protector, an ancient water dragon that has been teased in the trailer and in a Lego set earlier this year. The first group shot also teases a little Dijiang, a creature from Chinese Mythology which I wrote about when I was still with Murphy’s Multiverse a few months back after a Lego leak revealed the little creature named “Morris.”

But that first very, very, intriguing image of a group of village warriors and other creatures preparing for battle (probably against Tony Leung’s baddie Wenwu) seems to also include Iron Man 3 actor (on the right side of the image) the great Ben Kingsley!

Kingsley appeared in Iron Man 3, rather controversially, as a fake Mandarin, who later turned out to be a washed-up actor named Trevor Slattery who was hired to pretend to be the Mandarin by Aldich Killian (played by Guy Pearce). Many fans were very angry and annoyed by the fake-out. But perhaps this apparent appearance by Kingsley, with this group of warriors in Shang-Chi, means that more of Slattery’s story will be explained? Or perhaps Kingsley has an entirely new character he’s playing in the film?

What do you think? Either way, we’ll find out in September! (or sooner depending on the leakers!).