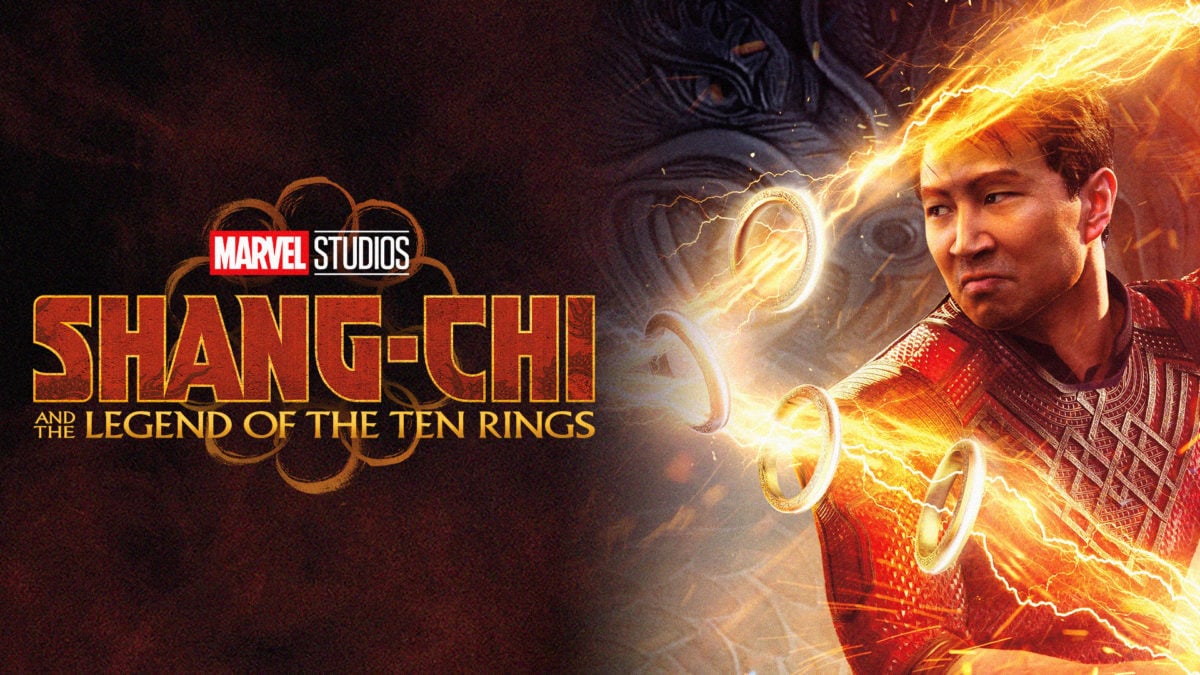 Editor’s note: This is a guest review that was written by David Meyers, who saw Shang-Chi and The Legend of the Ten Rings at a special early screening for fans. The review contains only mild spoilers, if that, for the film.

Marvel is focused on the future. After the prequel of Black Widow, Marvel Studios has released its first front-facing movie in over two years, and it is a nice feeling. Shang-Chi and the Legend of the Ten Rings, directed by Just Mercy director Daniel Destin Cretton, leaves no room for doubt that we are past the times of Thanos. Shang-Chi and the Legend of the Ten Rings stars an electric Simu Liu in the title role, Awkwafina as his best friend Katy, Tony Leung as his villainous father Wenwu, Michelle Yeoh as his mysterious aunt Jiang Nan, and Meng’er Zhang as his distant sister Xialing. The film is surprisingly self-contained, but a rewatch of Iron Man 3 and “Marvel One-Shot: All Hail the King” wouldn’t hurt going in.

The movie starts out strong with an extended flashback containing some amazing combat sequences, but it really hits its stride once it gets into the present. We are introduced to “Shaun” and Katy, two valets living in San Francisco with seemingly normal lives.

The inciting incident in San Francisco, that wild bus scene teased in the trailers, is one of the best parts of the entire movie. Here is where we meet Razor Fist (Florian Munteanu) a deadly assassin that does exactly what you would imagine out of someone with a name like that. The combat is ridiculously well-choreographed throughout the movie, but it shines especially bright in the bus scene.

The movie wastes no time getting into the action, yet still allows the characters to breathe and have quieter moments first. The movie has many other fight sequences, strategically placed throughout to keep the audience on their toes. For me, the tournament sequence was the only part that was a little bit of a letdown, mainly because almost all of the Wong vs Abomination fight was shown in the marketing, but this was made up almost immediately by an awesome fight on the side of a building right after. 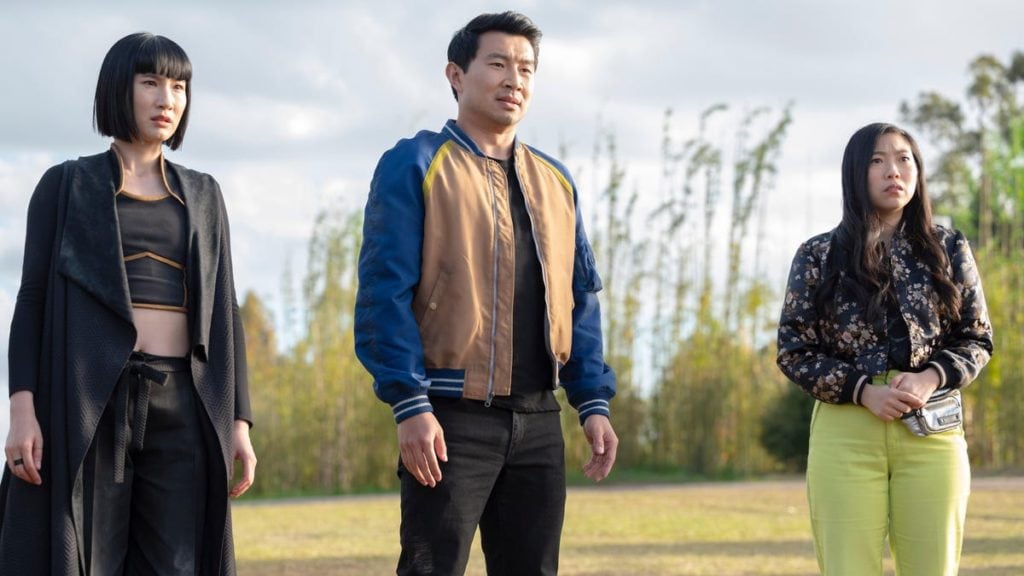 Simu Liu is amazing as Shang-Chi, and I hope that he continues in the role for many years to come. Awkwafina was also a lot better than I was expecting. Her chemistry with Simu Liu was top-notch. The movie contains your traditional Marvel quips, most of them from her, and overall they land pretty well. I have a feeling she will pop up in some corners of the MCU.

As for the rest of the cast: Michelle Yeoh was great as Shang-Chi’s aunt Ying Nan. It was a larger role than I was anticipating based on the trailer, which was a pleasant surprise. A surprise guest star who returned to the MCU after an extended absence was great here, and had a joke about Planet of the Apes that was my favorite in the movie. Meng’er Zhang was good as Shang-Chi’s sister Xialing, but I thought she was outshone by her brother. I hope they fix this in future installments because she has a great tease for the inevitable sequel.

Tony Leung was my favorite performance in the movie. Leung is a top-tier Marvel villain as Wenwu aka the Mandarin, here. Wenwu is a monster, but still, an incredibly sympathetic character, and a lot of that sympathy comes from Leung’s performance. The final fight between Leung and Liu was amazing, with really inventive ways to fight using the power of the Ten Rings. Both actors were still able to have their performances shine through the CGI, which is an impressive feat. It was even better than the Black Panther vs Killmonger fight, in my opinion. Marvel is now realizing which parts of their movies should have a larger investment in CGI.

The mythology of the Ten Rings’ role in human history was well established early on and felt complete. The story had some loose ends, but they were meant to tee up another Shang-Chi adventure, so it was not a problem. The father-son dynamic, between Shang-Chi and Wenwu, was really well done. It did not feel as one-note as I was worried it would. 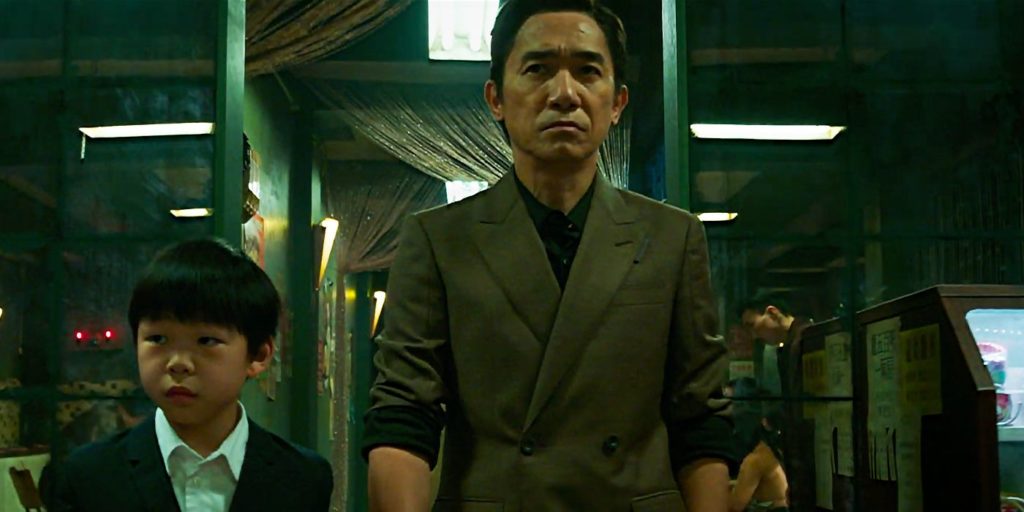 There were many flashbacks to Shang-Chi’s childhood throughout the movie, which added many layers to this relationship. I liked that the flashbacks did not feel like meaningless exposition, but instead added something to the plot. There maybe were a couple too many, but it was not too bad. They made the movie feel like a more complete story.

Now onto what I didn’t love, because while highly enjoyable, this movie still had some flaws, as all movies do.

The third act was incredibly CGI-heavy, but I understand that it was a very complex battle with a lot of moving pieces, most of them computer-generated. The final battle was the part that I thought had the worst pacing. A simpler fight would have helped them, but that problem goes all the way back to the script. At certain points, the CGI was a little bit thin, and at other points, the CGI was really well done, so it was kind of a mixed bag in that regard. I think you could chalk that up to the times of COVID and most of that kind of work being done at home.

I did not like Death Dealer at all. While his costume was really cool, he was criminally underused and had no character development or purpose other than being a villain in the movie. I don’t even think he had a speaking line. He had one redeeming factor though: a visually striking fight scene against Shang-Chi himself.

As mentioned above, the Wong vs Abomination fight was too short, but it was still nice fan service to see both Benedict Wong return as well as Tim Roth’s Abomination. Eagle-eyed MCU fans will catch a nice “Easter egg” reference or two in the fight club.

When all is said and done, Shang-Chi and the Legend of the Ten Rings was a great addition to the MCU, with enough callbacks and references to please longtime fans, but not so overboard on the shared universe that it alienates new viewers. The hand-to-hand combat is the best in any Marvel movie so far, and I hope this continues to any and all sequels. It had a great villain in Wenwu that can stand out amongst the likes of Thanos and Killmonger. The runtime was a little long in my opinion, and the third act could have been paced better, but my concerns were dwarfed by how much I liked the rest of it. I am excited for this to take its place in the pantheon of Marvel greats!

Shang-Chi and the Legend of the Ten Rings will open in theaters only on September 3, 2021.