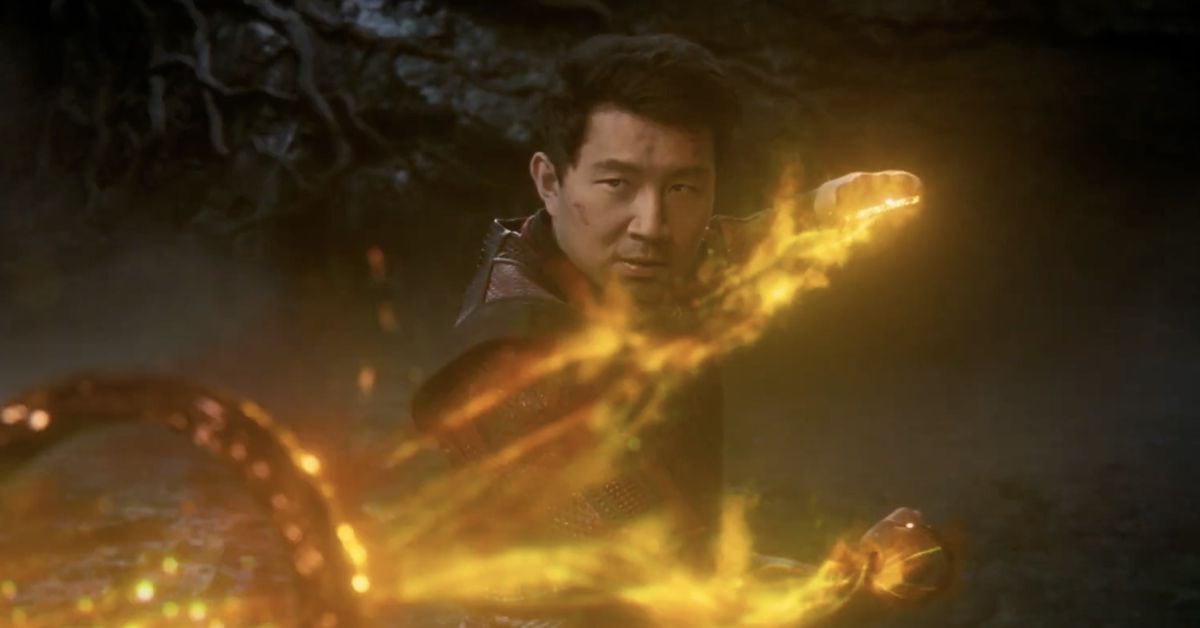 With the release of Shang-Chi and the Legend of the Ten Rings less than three weeks away, it seems those over at Marvel Studios have begun to ramp up the promotion of the film. Almost every day it seems fans are receiving a new trailer, poster, or featurette about some aspect of  Shang-Chi. However, today alone fans were blessed with not only a “tickets on sale” trailer for the film but four jaw-dropping posters showcasing the cast along with some other clues about what may happen within the story of what is be a cinematic masterpiece.

Check out the #4DX exclusive artwork for Marvel Studios’ #ShangChi and the Legend of the Ten Rings and experience the film with all your senses on September 3rd! Tickets on sale now! pic.twitter.com/HIcQPfVtTs

The first poster comes for 4DX’s Twitter, which indicates that the art is exclusive to them and their chain of theaters. 4DX originates from a South Korean chain of theaters and is a way for moviegoers to have a more immersive experience in their films. The 4d film format implements practical effects such as wind, strobe lights, scents, and seats capable of motion to allow patrons to feel like they living in the world and not just observing a movie. So it’s only fitting that such an amazing experience would have such an epic exclusive poster. In some ways, the poster feels minimalistic but showcases what is promised to be a powerful scene between father, son, and the rings that divide them. The use of cold blue lightning for Wenwu (Tony Leung) and bright, warm, orange energy from Simu Liu’s Shang-Chi helps to further paint the divide that exists between the two’s dichotomy. At the moment shown, they looked evenly matched, though, in this game of mystical tug of war, only one can come out on top with the ten rings. And I know where my money is placed.

A new legend begins on September 3. Power up your excitement for Marvel Studios’ #ShangChi and the Legend of the Ten Rings, Filmed for IMAX, with this exclusive art.

Later in the morning, IMAX released their exclusive poster for the film, which had a much different take than that of 4DX’s. In this one, the designer took a more artistic approach. Instead of a scene ripping from the film, the actors and objects looked like they were taken from a comic strip. Either digitally painted or hand-drawn seems to be the best way to describe the style. Within the poster, we again see father and son, though this time they weren’t in the heat of battle. Wenwu looks contemplative while Shang-Chi looks ready to strike. We also get a good look at Katy (Awkwafina) ready to let loose a notched arrow, Razor fist (Florian Munteanu) preparing to slice into someone (hopefully cake and not a person), and the mysterious Leiko Wu (Fala Chen). The poster also shows two dragons, one who we’ve seen in trailers and according to its Funko Pop is called The Great Protector. However, the black dragon-looking creature seems to be a mystery at this time. At least to this writer.

Get ready for a new hero. Check out our exclusive artwork for Marvel Studios’ Shang-Chi and the Legend of the Ten Rings. Experience it only in RealD 3D theaters September 3. https://t.co/3rzSXfdin7 #inRealD3D pic.twitter.com/oYNopIVM8k

Another released today came from Real 3D, which felt similar in style to that of the IMAX’s poster. Again in a very hand-drawn esque feel, the poster is a compilation of characters from the film. However, this poster has a small Death Dealer added to it, one that the before mentioned posters didn’t include. Death Dealer is differently adding to the mystery of the film, because little is known about his place in the film and what impact he will have going forth. As well, the poster has The Great Protector in a more active pose, looking like he is preparing to attack someone. There’s also a beautiful city in the upper right corner of the poster, that reminds me of Wakanda a bit, though I know that it isn’t. However, the structures and technological feel of it draw me along those lines.

Check out the new Dolby poster for #ShangChi and the Legend of #TheTenRings (via @Dolby and @AMCTheatres) pic.twitter.com/AuIfSB2blt

Another poster that came out for Dolby Cinema for AMC feels in the air of past Kung Fu movies, with a simplistic poster bathed in red and black. The poster shows silhouettes of Shang Chi, Wenwu, Katy, and Leiko. The latter three are among traditional Asian architecture, which makes it feel that the Ten Rings organization has been around for a significant amount of time. As well Wenwu looms overtop the rest, fists ready to fight and rings ready to go. It’s a great example of how powerful and how overbearing the Mandarin is in both his son’s life and the MCU as a whole.

"It's time to show them who I really am." Experience Marvel Studios' #ShangChi and the Legend of the Ten Rings in theaters September 3. Get tickets now: https://t.co/PeUKzfdj1a pic.twitter.com/A8Sj7fe7pN

In the trailer that was released today, many of the scenes were ones that fans have seen before, however, the message of the trailer was definitely to showcase how Shang-Chi is part of something bigger, both in the context of his world, but also in the MCU’s structure in and out of the film. As well, we shall some really cool shots at the end of the trailer with Lui’s Shang-Chi weilding the rings and using them to fight someone off-screen. Perhaps hinting that the struggle seen in 4DX’s poster ends with our titular character on top.

Shang-Chi and the Legend of the Ten Rings will release exclusively in theaters on September 3rd.