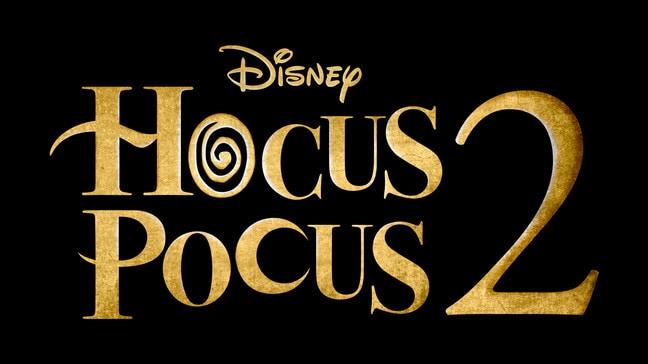 It appears that with almost thirty years since the original film, movement on production for the sequel to beloved Halloween classic Hocus Pocus is finally underway. Just this week it was reported that some of the first sets for the Disney+ film were being built in Rhode Island, instead of Massachusetts and Hollywood where the original Hocus Pocus was filmed. The production company and working title for the long-awaited film are Fairy Dust Productions and Black Flame, respectively. 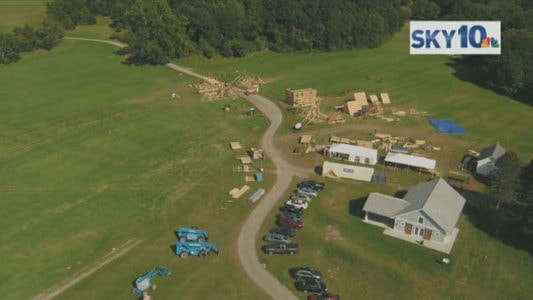 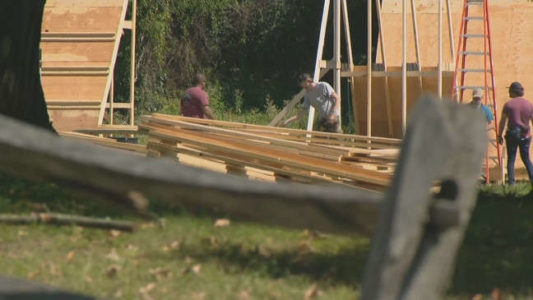 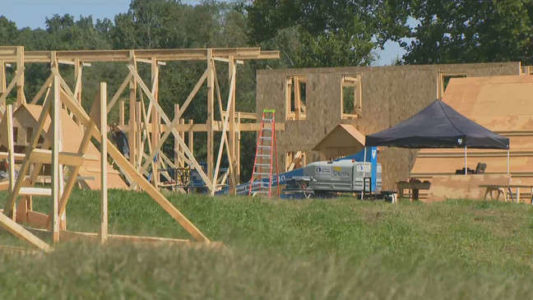 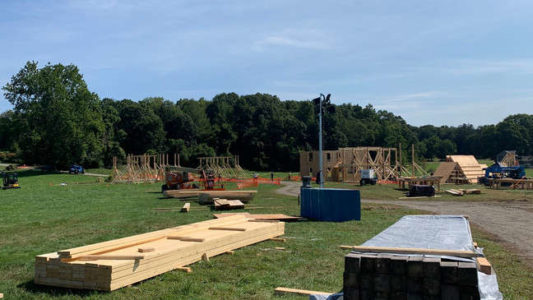 (Images of sets being built in Lincoln, RI via MSM.com)

The first couple of photos show a complete new build of about eight structures that are being built in Lincoln. Kelly O’Neill with NBC 10 News in Rhode Island stated in her news report that the Hocus Pocus 2 crew are “transforming Chase Farm park into a 1600s-era movie set”. She states that some of the buildings being erected are two stories high, though no other information was given about the setting. Though with the distinction of the 1600s era set for the buildings, it seems likely that this set could be used for a flashback scene of our favorite witchy sisters. In the first movie, the flashback scenes seen in the opening of the film took place all the way back in 1693. Though with the film’s opener serving as the initial demise of the three sisters before their resurrection in 1993, it seems likely that this set is being built for a scene that precedes that shown in the original film. Or that we are seeing a reimagining of the night that Salem Massachusetts caught the sisters in the act of stealing a child’s soul.

As well, the article states that filmmakers are also making use of some historic buildings in Providence and not just building every set needed for the film. They indicated that Cranston Street Armory was one of the buildings being utilized for Hocus Pocus 2. Though not without some slight changes by the House of Mouse. Steven Feinberg, executive director of Rhode Island Film & Television Office had this to say about the process surrounding the use of the Cranston Street Armory.

“The Cranston Street Armory is very spacious, it’s got very high ceilings, it’s open space… because of its height ability, it gives an opportunity for a few of those witches to fly around. Disney has paid for intensive cleanup of the facility. They’ve added carpets, some mold removal. They’re also paying for all the utilities, so the state doesn’t have to pay the utilities. It’s a very net gain for the state of Rhode Island.”

Sounds like Disney is following the golden rule and returning the property back in better condition than when they used it. Though through the cleanup and addition of carpets and such, it seems that filmmakers have a specific aesthetic that they are aiming for. Also, it seems like Feinberg may be hinting at a flying scene, perhaps even a chase scene on brooms similar to that of the final battle between the witches and the children in the 1993 classic? My mind is reeling from the possibilities.

The sequel was officially announced on Disney’s Investor Day presentation in December 2020, with Bette Midler, Sarah Jessica Parker, and Kathy Majimy set to reprise their roles of Winifred, Sarah, and Mary Sanderson respectively. Anne Fletcher is taking over as director from Kenny Ortega, who directed the original. No other original cast members have been announced yet as returning. Little is known about the story so far, with Jen D’Angelo penning the script. While there is a strong possibility that Disney could be adapting an original story, a sequel to the movie was released a few years ago as a novel. The book is set 25 years after the conclusion of Hocus Pocus and focused on Max and Allison’s daughter Poppy. Who at 17 years old is attempting to find her place in a school that her father teaches at, while also saving Salem from the return of the Sanderson sisters. Either way, it seems like work is ramping up on this project and I for one can’t wait until next Fall to finally see what the Sanderson sisters are up to once more.

The rumored title of the sequel is Hocus Pocus: Rise of the Elderwitch and the film is scheduled to shoot from October 4, 2021, until December 10, 2021, per Productionlist.com. Casting Calls for extras is currently underway, which you can learn more about in this article from last week.

The film is scheduled to begin filming exclusively in Rhode Island starting this October for a 2022 release, exclusively on Disney+.