At long last, the best horror show on network television has made its grand return. No, I’m not talking about Ryan Murphy’s American Horror Story or its Hulu spin-off, but the USA and Syfy show, Chucky.

Based on the successful horror franchise Child’s Play, the show is a continuation of the original series, (ignoring the 2019 reboot starring Mark Hamill as the voice of the bright orange-haired murderous doll). The series follows Jake Wheeler, a high school teenager who stumbles upon a Chucky doll at a garage sale and whose life is forever changed by the possessed doll.

The first season was a shocking hit, with an approval rating that is holding strong at 91% on Rotten Tomatoes. The series saw the return of many of the people behind the original series, such as Don Mancini, who wrote all seven films in the initial franchise run.

Also returning was the long-time producer of the franchise David Kirschner, along with the original voice of Chucky, Brad Dourif. The first season was praised for its horror, humor, and ability to adapt to a new format. It was well-balanced and enjoyable in every episode, with moments that made me gasp and also cry from laughing so hard.

I couldn’t wait until season 2 returned to television and now that it’s here, I can finally say that spooky season has arrived. Let’s explore what misadventure Chucky season 2 premiere, titled “Halloween II” has in store for fans.

[Warning: Spoilers from Chucky season two premiere are below!]

Chucky season 2 picks up from some of the loose ends of the first season’s finale, with Andy (Alex Vincent) driving the kidnapped truck full of Chucky dolls. Thinking he’s taking them to stop their distribution and save the world from the evil-possessed dolls, he’s instead held hostage by a Tiffany Valentine (Jennifer Tilly) doll who instructs him to follow her directions.

While he is able to get his way out of that situation, there’s more trouble coming his way. The truck full of Chucky dolls are beginning to wake up and recognize just who Andy actually is.

The story then flashes back to Jake Wheeler (Zackary Arthur), the protagonist of the show, as he begins his new life with a foster family. He’s struggling to say goodbye to his new boyfriend Devon (Björgbin Arnarson), however, kisses him in the street for his new family to see. Things look happy, but a time jump of six months paints a new picture of the budding relationship.

It’s Halloween once again and Jake is supposed to be on his way to Devon’s house, but instead, he’s stuck trick-r-treating with his new foster brother. Turns out the new parents aren’t happy about the same-sex relationship. There isn’t much time to dwell on the teenage love before Chucky’s three-way video chat with the two boys, showing that he’s not only back in action, but also going after their friend Lexy (Alyvia Alyn Lind).

Lexy and her trauma

When we meet Lexy again, it appears that she is running away from her Chucky trauma through some pretty negative coping skills. She’s distanced herself from Jake and Devon, with who she grew close during season one. She’s using cocaine and sleeping with strangers, chasing the dark thoughts out of her mind in any way possible. However, when faced with the reality that Chucky is back, Lexy becomes panicky.

The entire Cross family is struggling to adjust to the new reality in the aftermath of Chucky’s destruction. The family attends therapy together, with Caroline (Carina London Battrick) being the only one willing to admit that Chucky and his murders were real. Lexy and her mother instead want to bury their heads in the sand and believe that Junior (Teo Briones), Lexy’s ex-boyfriend, was the true murderer. At least that is what it initially appears Lexy believes.

Eventually Lexy, Jake, and Devon come together once again, hoping to get to the bottom of the Chucky mystery once again. However a new doll, one provided by the Cross’s family therapist, adds a new level of problems for the group. One that may change these teenagers and their families forever. Especially seeing that Chucky is determined to get revenge on all those that ruined his fun.

The good and the bad of the Chucky season 2 premiere

“Halloween II” provides an interesting case study into how people recover from a traumatic experience, especially one that everyone wants to pretend didn’t happen. All three main characters seem to be running away from the trauma in such different ways, and as a psychologist, this aspect was incredibly interesting. Some turned to negative coping skills, others distanced themselves, however, all trauma responses were represented well and realistic.

The premiere episode also continued the tradition of balancing the horror with the humor in ways only the Chucky franchise can. One of the things I have loved the most about this franchise, which I only watched last summer for the first time, is that it doesn’t take itself seriously. A film series about a doll possessed by the spirit of a serial killer is hilarious at its core.

Trying to do anything else but elevate the humor would undercut what makes this franchise so special. I’m glad they are continuing the tradition, allowing the show to be something special instead of just mediocre.

Instead of continuing a similar storyline to the first season, the final few minutes of the Chucky season two premiere pushes the show into new and exciting territories. The three main characters are thrust into a situation they aren’t prepared for, meaning they will have to be quick on their feet if they wish to survive against Chucky. I’m excited to see how this new location reinvents the show, as the lore of Chucky is expanded on once again.

If you were a fan of the first season, you are going to love “Halloween II” as all the positive aspects of the original season are still there. The main three teenagers have fantastic chemistry, the writing is top-notch, with plenty of humor. The premiere kept me guessing about where the story was going, a direction that didn’t become clear until the end of the episode. I still don’t know is to coming next and I can’t be more excited to see what happens in future episodes.

Chucky airs Wednesdays simultaneously on USA and Syfy. Have you watched the season two premiere? What did you think? Let us know on Twitter or in our Discord! And if you haven’t read it already, check out Vin’s review of Werewolf By Night!

Werewolf By Night Review: A Timeless Tale of Terror 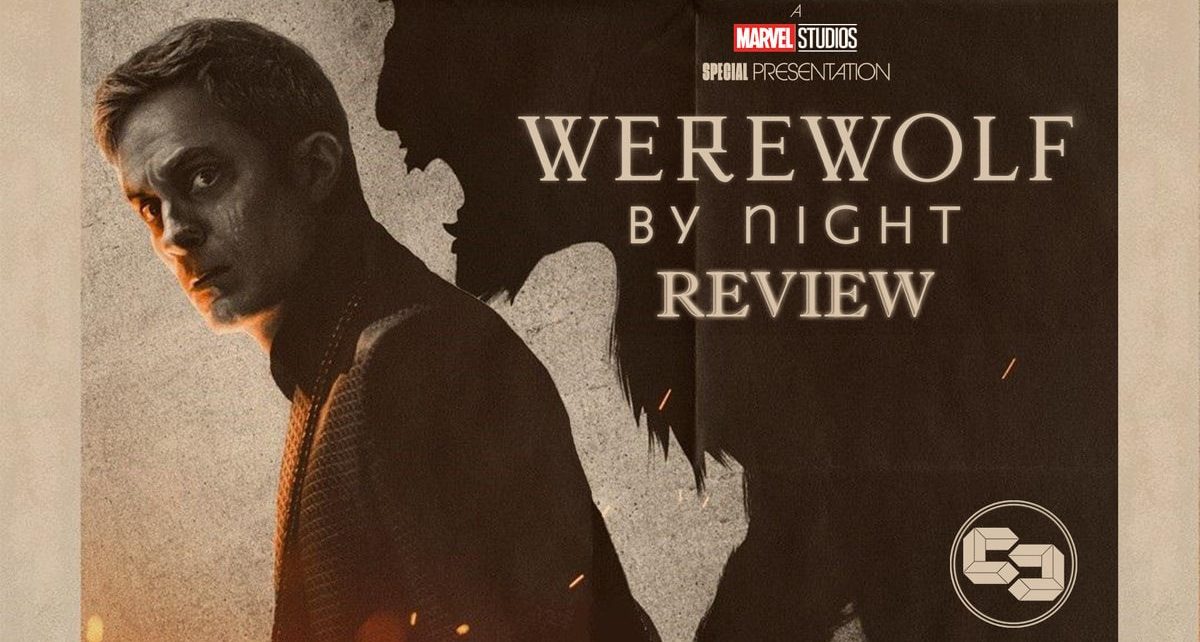