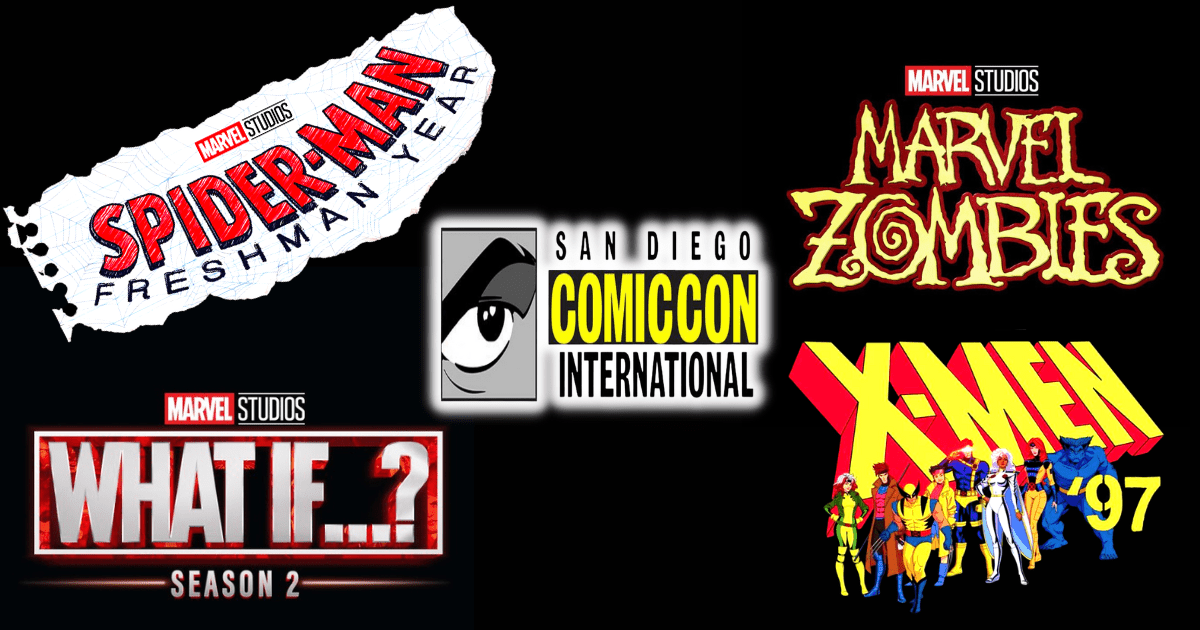 San Diego Comic-Con is in full swing and on Friday the Marvel Studios animation panel was held to preview what’s coming in the next two years. Previously announced new animated shows revealed new details (and season renewals!), including character designs, plot teases, and even a full episode for those who were lucky to be in attendance. Here’s a recap of news that came out of Marvel’s animation panel!

Everyone’s favorite tiny tree returns in this series of shorts where he can be seen entangled in cute, funny, and even dangerous adventures. I Am Groot will stream exclusively on Disney+ beginning August 10th.

Attendees at the panel were treated to an episode of the new series called “Groot Takes a Bath,” along with the new poster and trailer that were released.

“In the episode, Groot bathes himself in mud, covers himself in leaves, gives himself a haircut for those leaves, shapes his own head in leaves, continues going back to the water to grow new leaves with each time it touches him, and a bird is constantly annoyed with his enthusiasm for life.” – (via Comicbook.com)

During the panel, it was announced that a second season with 5 more episodes is coming, and it was confirmed that Bradley Cooper was voicing Rocket Racoon in the show (first reported by MCU Direct).

Check out this new poster for Marvel Studios' #IAmGroot.

Coming to Disney+ in 2024, this animated series tells the story of Peter Parker’s freshman year of high school, with him facing many classic Spider-Man villains such as Doctor Octopus, Scorpion, and Rhino, as well as introducing the Osborns to the MCU. Peter’s friends in the show will include Nico Minoru, Harry Osborn, and Amadeus Cho, among others.

Tom Holland will not voice the role of Peter Parker/Spider-Man in Freshman Year, and will instead be replaced by an unknown voice actor. A Marvel actor who we do know is set to reprise his role will be Charlie Cox, who is voicing Matt Murdock/ Daredevil in the show. Actor/stand-up comedian Paul F. Tompkins will also be voicing Bentley Whitman in the show, other voice actors remain unknown at this time.

During the course of the series, it was revealed that Peter Parker will don a number of suits. This includes his traditional red and blue and the Future Foundation suits.

It is certainly strange how this story is said to be set before the events of Captain America: Civil War while having Spider-Man meet many iconic Marvel characters who he hasn’t interacted with in live action just yet. I’m sure some of us have theories going about that already. We can’t wait to see how it all plays out when the series finally is released.

A second season, titled Spider-Man: Sophomore Year is already confirmed to be in development, where a young(er) Peter Parker will continue trying to survive super powerful villains and high school.

The hit show about The Watcher (Jeffrey Wright) exploring different timelines within the Marvel Cinematic Multiverse comes back early next year. While the first season of the series focused on the first and second phases of the MCU, this season will look at Phases Three and Four when it comes to storylines and characters.

“The footage sees Widow, Captain Carter, and Hydra Stomper Steve in a smaller seat walking through a town filled with robots looking like they are modeled after humans from the 60s. Hela appears. Yondu, young Peter Parker, Ego, Shang-Chi, Valkyrie, Korg, Tony Stark, Gamora… There is a race scene on Sakaar with Valkyrie and others fighting the other pods. The Grandmaster appears with a wink at a statue of himself. Iron Man is through the multiverse. Red Guardian appears. Wenwu fights Odin. Thanos fights Cap. Bucky saves Red Guardian. Odin fights off the Ten Rings. Steve Rogers comes up with a plan with other Avengers, it is set in 1602.” – (via Comicbook.com)

Concepts such as Odin vs. The Mandarin and Tony Stark meeting Valkyrie are some of the ideas that fans will be able to see come to life pretty soon. While much of the episodes still remain a mystery, fans in attendance at San Diego Comic-Con got to see a full episode of the show, titled “What If…Captain Carter Fought the HYDRA Stomper?”

It has been confirmed that Captain Carter from the #MultiverseOfMadness IS NOT the same one from #WhatIf pic.twitter.com/zMmE8mZbAb

That episode continues the storyline that was established during the first season’s post-credits scene, in which Captain Carter (Hayley Atwell) and Black Widow (Lake Bell) find a mysterious armor frozen in a cargo ship. During the panel, it was announced that a third season of the series was already in development. Season 2 is expected to release on Disney+ in early 2023.

Speaking of What If…?, its gruesome spin-off was also showcased during the presentation. Set in the same universe as the fifth episode of the aforementioned show, “What If…Zombies?!” The series will take us back to a Marvel universe where a zombie apocalypse has taken over the galaxy, resulting even in the infection of the Mad Titan, Thanos.

A crew of mainly Phase Four characters, such as the Red Guardian, Yelena Belova, Shang-Chi, Katy, Death Dealer, Kate Bishop, Jimmy Woo, and Ms. Marvel will appear in an attempt to stop the apocalypse, or maybe just try to get away from it. Zombie variants will include, Hawkeye, Ghost, Captain America, Abomination, Scarlet Witch, Okoye, and Captain Marvel. It was also stated that Ikaris will also be a factor in the series.

Potentially receiving a TV-MA rating, Marvel Zombies is expected to bite into Disney+ in 2024.

When it was announced during the 2021 Disney+ Day, this show only had a logo to present itself. At the Marvel Studios animation panel, new details about the continuation of the original X-Men animated series were revealed, headlined by a release window of Fall 2023.

Villains in the series will include Sebastian Shaw, Calypso, Val Cooper, and Emma Frost, and Mr. Sinister. X-Men ’97 writer Beau DeMayo said (via Comicbook.com): “Sinister is back in a big way, He is going to be holding the X-Men’s fate in the fire and telling humanity… to face the future.”

We were shocked to learn that the iconic mutant group will be led by long time-nemesis Magneto this time around. A shocking revelation, for sure, that will instantly wake the curiosity of fans of the original show, as well as younger fans.

The animation style seems to closely resemble that of the original, with a few improvements due to the technology used to develop this new version of the show evolving for over twenty years. The second season of X-Men ’97 was announced to be in development during the presentation.

Check out these comparisons between the X-Men ’97 and ’92 animated series! 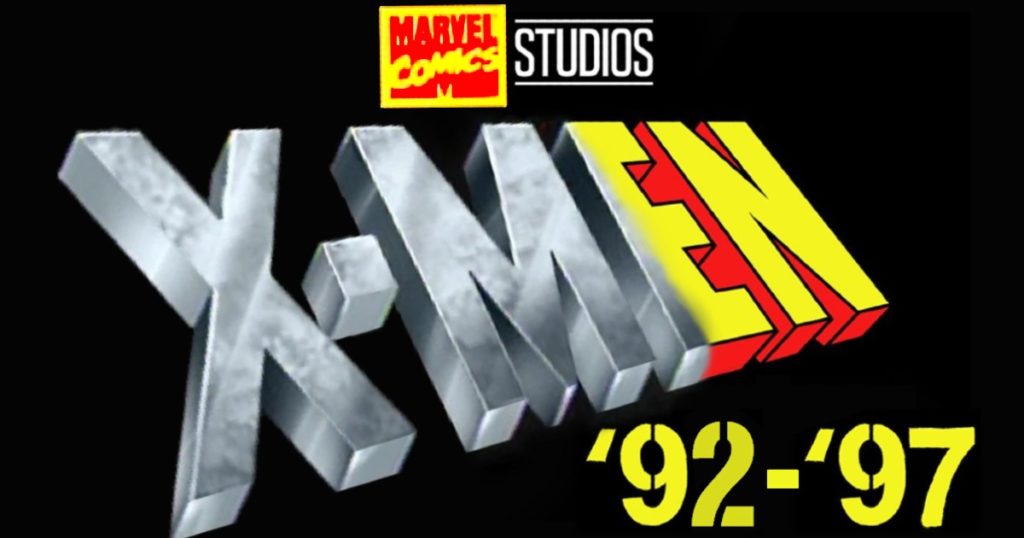 There is certainly a lot to look forward to in the near future from Marvel Studios’ Animation division. What was your favorite new from the Marvel Studios animation panel? What do you think of the upcoming slate? Let us know on Twitter @MyCosmicCircus !