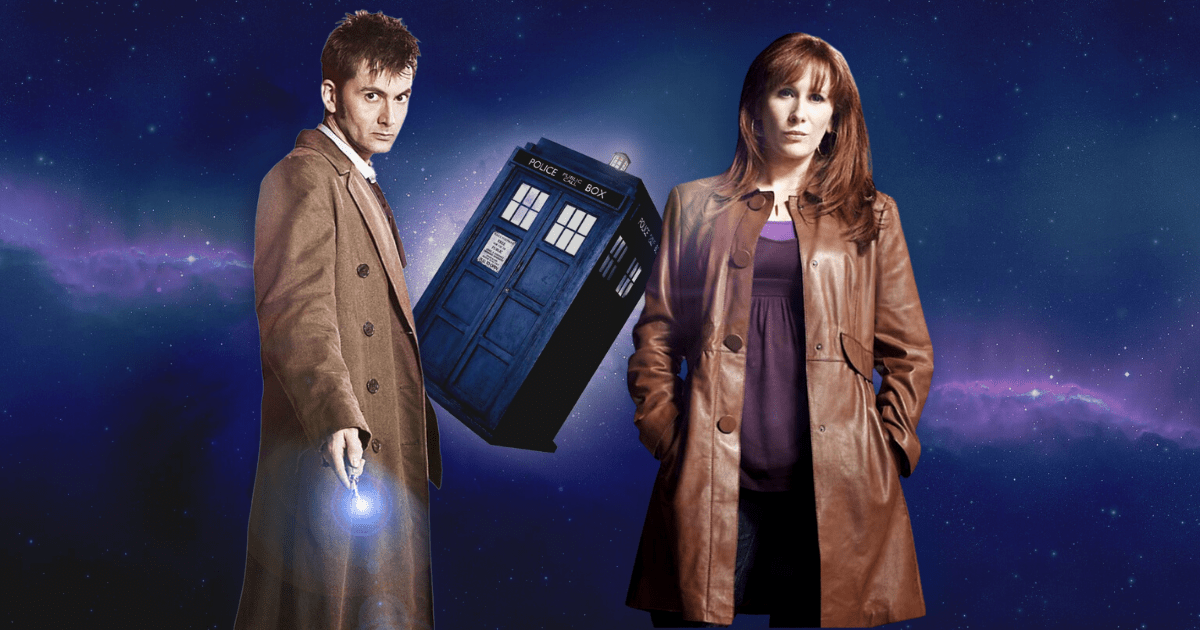 This has been a great week to be a Doctor Who fan with the way the rumor mill has been churning out ideas for the upcoming season of the show. Just a few days ago there was a rumor that David Tennant was returning to Doctor Who as the fourteenth Doctor, which has yet to be confirmed nor denied by the BBC. And now there’s a rumor that another fan-favorite from the show’s past may be returning to the T.A.R.D.I.S. alongside him.

According to this new rumor (and we will again stress these are rumors), Catherine Tate will be returning to Doctor Who! This rumor comes from the same source who also leaked Tennant’s potential return earlier this week, more on that report here. If these rumors wind up being true, then Russell T Davies is teeing up a knock-out series of specials for Doctor Who’s 60th year.

Catherine Tate previously starred on the show as Donna Noble during the revival’s fourth season, along with some earlier appearances during Tennant’s run. Donna Noble was received positively by critics and fans alike, with her final episodes being some of the most talked-about parts in NuWho’s history.

The report went on to state that while Catherine Tate is returning, she won’t actually be playing Donna Noble. Instead, she will play someone new, in the same vein that Tennant is rumored to be playing a new iteration of The Doctor. While it makes sense that The Doctor may return to a familiar face, with the whole regeneration aspect, it seems a little odd to have Catherine Tate play a completely different role. Especially when it felt like Donna’s story was cut short after just one series of the show. However, Tate is a very talented comedic actress, and her ability to transform herself was proven over and over in her sketch comedy series The Catherine Tate Show. If true, this could get very, very, interesting and no doubt really fun.

Perhaps Davies is taking a page out of Ryan Murphy’s book and recycling actors in new roles American Horror Story style. An interesting structure, but it has been shown to work for AHS. Though let us not forget the Doctor (Jodie Whittaker) just stopped the space and time-changing Flux, which means that we may be in the middle of some wibbly-wobbly time issues, resulting in the return of some familiar faces in new roles. Especially when both fans and The Doctor aren’t sure of the ramifications of the Flux quite yet. Seems like a built-in and readily accessible explanation for whatever changes Davies wishes to make.

Regardless of if Catherine Tate is returning as Donna Noble or as someone completely new, it would be amazing to see her once again running along with David Tennant. The energy that the two had in Series Four is something that the show has been missing. The banter between the two and the sass that Tate brought to the role is a charm that perhaps Davies and the BBC want to replicate again.

However, like all rumors, we must be cautious until we have explicit confirmation from the team behind Doctor Who of the BBC itself. But what do you think? Would you like to see Catherine Tate return to Doctor Who? And just how much did you sob in the ending of Donna Noble’s time on the series? Let us know in the comments or on Twitter @mycosmiccircus!

Doctor Who returns for two specials in 2022.