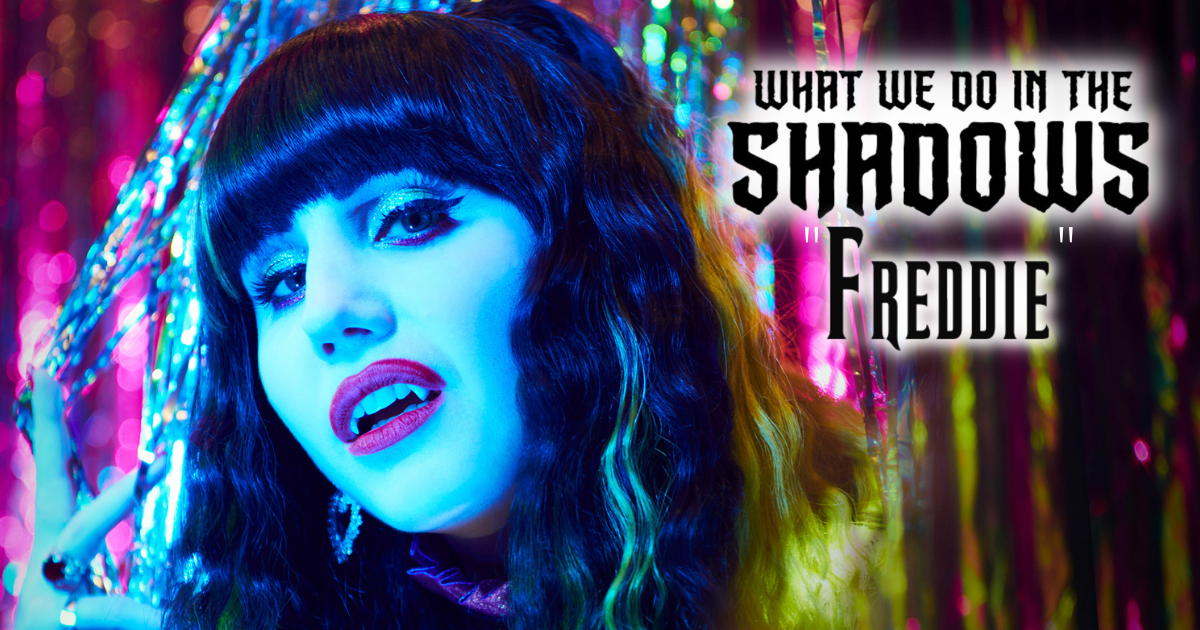 In recent memory, no series has been quite as good at balancing the absurd with the mundane as FX’s What We Do In The Shadows. The latest episode, season 4 episode 9 “Freddie” demonstrates the series at its best, playing jump rope with the line between absurd and mundane and never giving you a second to breathe.

[Warning: Spoilers from What We Do In The Shadows Season 4 Episode 9 – “Freddie” are below]

Everyone’s thriving in What We Do In The Shadows – “Freddie”

The episode opens in Nadja’s (Natasia Demertiou) nightclub, now thriving. So much so, that it’s attracted the attention of multiple celebrities – Sofia Coppola, Jim Jarmusch, and Thomas Mars make appearances as themselves. Seeing a combination of such obscure celebrities as Nadja brags about their presence, and then almost immediately offering 2 of them up for food to the vampire guests; it’s just hit after hit of some of the funniest comedic beats this show has ever delivered.

Freddie (Al Roberts), for which this episode is titled, is introduced as Guillermo’s (Harvey Guillén) boyfriend, following the revelation in last week’s episode that he was in fact gay. It was an incredibly heartwarming moment in a show that hardly ever gets as sincere as that. In contrast to its hilarious setup and surrounding circumstances, that moment was side-splittingly funny and beautifully sweet all at the same time.

Guillermo has invited his boyfriend to come to visit all the way from England, where they met while he was helping Nadja rediscover her past (in the time between seasons 3 and 4). However, when Freddie arrives earlier than expected and Guillermo is ill-prepared, he’s unable to maneuver Freddie away from the strange world that he inhabits.

That idea alone is enough to warrant trope-y sit-com cliches all day long, but the series takes it a step further when Nandor (Kayvan Novak) comes across Freddie and Guillermo inside the house. Nandor, having become bored of his new/old wife Marwa (Parisa Fakhri), is instantly smitten by Freddie and his sense of humor. Nandor, making a half-hearted attempt to spare Guillermo’s feelings, wishes to the Djinn that his wife would transform, becoming in all intents and purposes a clone of Freddie.

Aside from the eventual reveal and the practically necessary “two Freddie hijinx,” the episode actually unravels quite a tear-jerking development for the relationship between Guillermo and Nandor. It’s as though all of the times that Nandor neglected Guillermo have led to this moment.

Guillermo is (comparatively) the good person in the show and watching him have his heart broken by the very man he’s looked up to for season after season is brutal. The series does an incredible job bringing those emotions to the forefront.

Colin Robinson in the spotlight

The show continues to flex its comedic strengths with the subplot between Nadja, Lazlo (Matt Berry), and Colin (Mark Proksch). Colin has become Nadja’s (the nightclub) main attraction, and Lazlo wants to managerially negotiate for more money on behalf of the boy. Nadja refuses, declaring the nightclub doesn’t rely on Colin’s performance, and Lazlo is delighted to be handed the chance to take Colin “on tour” to upstate New York.

Seeing grown Mark Proksch’s head pasted on a little boy’s body has never gotten old, but the shock in the latter half of the episode as Colin finally emerges a full-grown man is perfectly executed.

Once again, going back and forth between absurd and mundane, Colin continues to act like a child despite his appearance, with his habit of starting interactions with “guess what” just as prevalent as ever. The character then falls further into the absurd when the next time we see him he’s acting like an angsty teenager and is dressed in clothes one might describe as “hip.”

Final thoughts on What We Do In The Shadows –  “Freddie”

Nadja’s story works practically on the same terms as a clip show, just cycling in and out bits as she desperately works to find a replacement for Colin. Over the course of the episode, she gets more and more sloppy and drunk, leaving plenty of room for comedic effect as the nightclub becomes more and more barren with each subsequent failing performance.

What We Do In The Shadows season 4 episode 9 “Freddie” is one of the most well-rounded episodes in the entire series. With nonstop laughs balanced with surprisingly heartfelt moments, this episode could potentially mark a turn in the direction of the series as it becomes more dramatic while turning up the laughs at the very same time.

What We Do In The Shadows premieres new episodes every Tuesday at 10 PM est and the next day on Hulu.

What We Do In The Shadows Season 4 Premiere Review 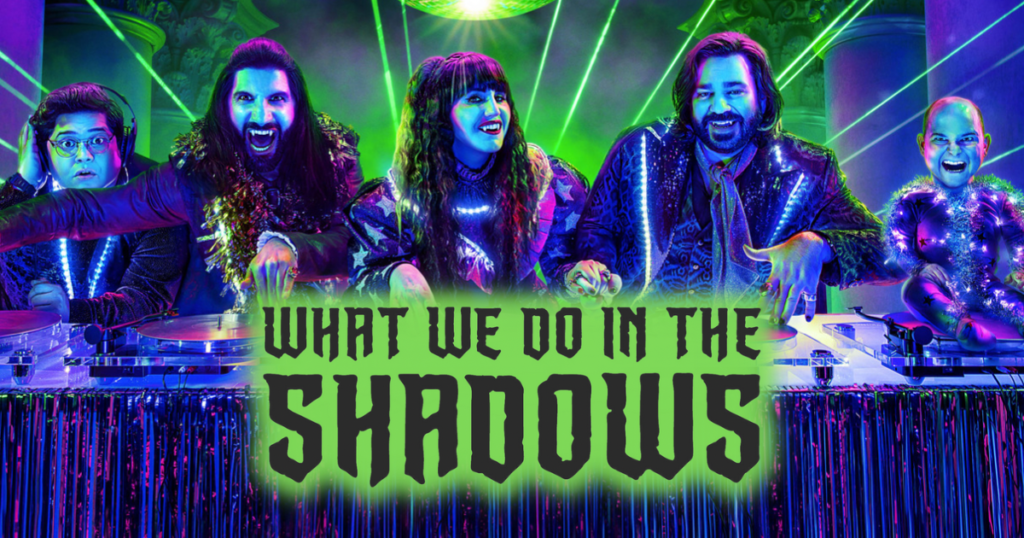