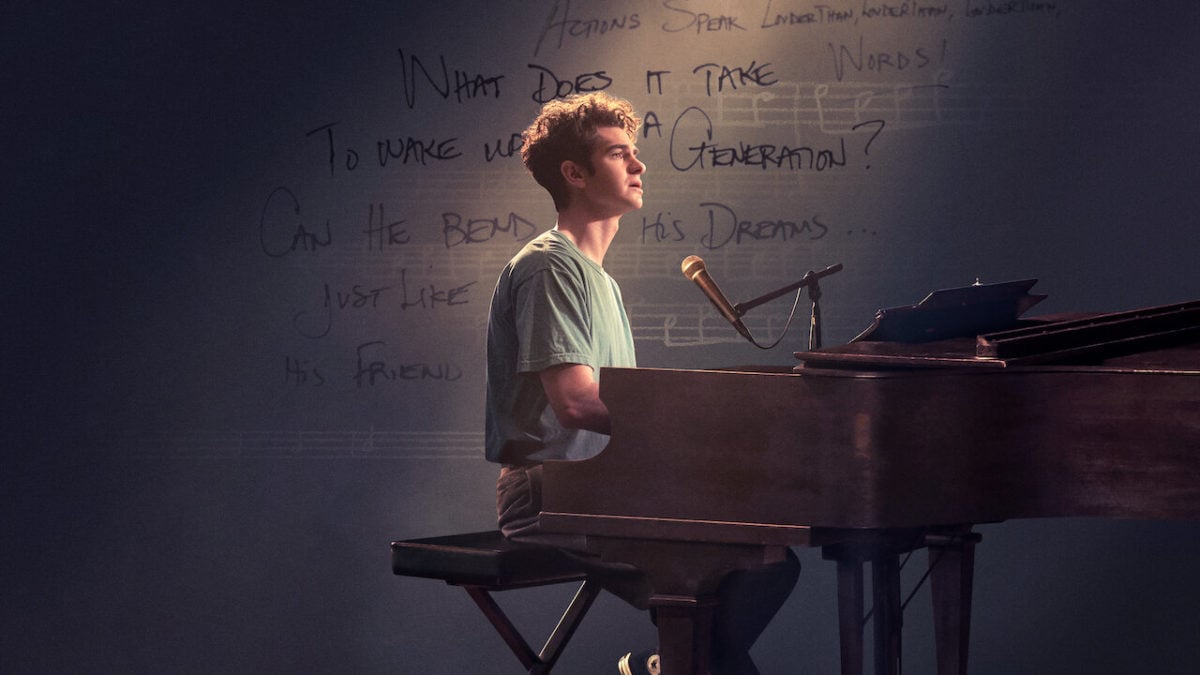 Lin Manuel Miranda’s latest film, tick, tick…BOOM! means a lot to me. When I was 14 or 15 years old I started my freshman year of high school online. I spent those subsequent 4 years essentially in solitude, and in hindsight, those years were really helpful in making me who I am today. Introspection quickly made me realize what I wanted to do for the rest of my life; write and make movies. But that passion only drove me further into loneliness, and I still get that irking feeling to this day. That cycle of passionate ambition and self-isolation is a central subject of this film.

Spoiler warning for tick, tick…BOOM! below!

tick, tick…BOOM! takes place in the days surrounding Jonathan Larson’s (Andrew Garfield) 30th birthday as all of the pressures of his life begin to close in on him. His relationship with his girlfriend Susan (Alexandra Shipp) is evolving in a way they might not like. His friendship with Michael (Robin de Jesus) is being strained as he moves out of their shared apartment. But at the center of it all is the upcoming test of his premiere play Superbia, as he puts on the finishing touches and tries to put together one last crucial song.

Jon’s relationship with Michael is one that hit me really hard. Just as my passion for writing and film began to rise, I sent myself deep into isolation. The whiplash of seeing my friends every day and then, all of the sudden, only once a month (or less) was incredibly damaging. Now, as most of my friends enter their freshman year of college, I’ve spent those same months doing something some people would argue as totally invaluable.

Isolation is not some deep unique emotion I’ve gone through, everyone feels it. But the precise way that it’s presented in the movie, with Jon constantly making choices that drive a wall in between himself and his friends and further choosing his passion over life is like looking in the most terrible mirror. On top of that, you have the entire throughline regarding the AIDs epidemic, which concludes in a bone-chilling scene.

Following Jon’s further descent into his obsession with Superbia, he continuously misses moments with friends and that’s kind of the point of the whole film. But what isn’t revealed until near the end of the movie is that Jon’s closest friend Michael has been diagnosed with HIV. It’s a really sad moment, but it’s made even more haunting with Jon’s revelation that Michael had been trying to tell him for so long, but couldn’t get through to him due to his tunnel vision.

Upon recovering from the news, there’s a huge euphoric scene where Jon, through song, relives every crucial and defining moment in his closest relationship as he struggles with the realization that Michael may not live much longer. It’s a goosebump-inducing song and Garfield just acts his whole ass off while I watched through tear-filled eyes in complete awe. It’s a wonderful recollection of life and a loud declaration for Jon as he begins to learn to cherish what he has. 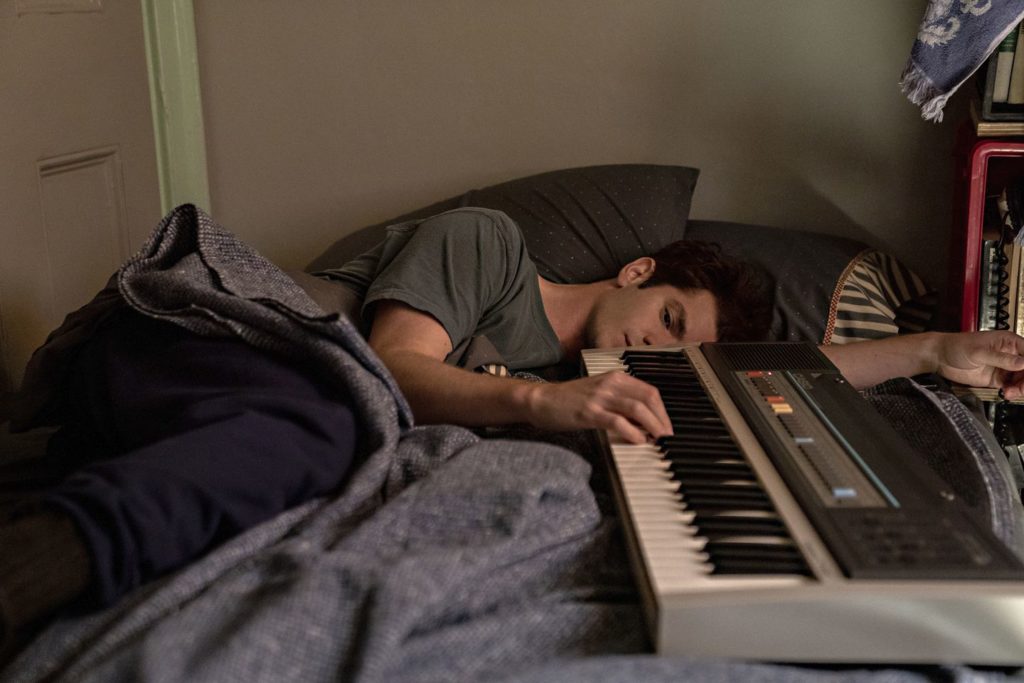 I may not have ever had a relationship deteriorate due to being too deep into work. I may not have ever missed a friend’s life-defining diagnosis because I was too deep in work. I don’t relate exactly with everything that Lin Manuel Miranda presents, but it’s the way that the isolation, depression, and fear of self-described expectations are portrayed, and the thematic importance of that isolation that hits me so hard. It’s something I’ve struggled with for a long time, and even doing something as minuscule as taking off of social media or just kind of taking a day for myself can feel really scary for me because of that fear that I’ll fall into something once again.

But then the real lesson of the film shows up with the premiere of Jonathan Larson’s play tick, tick…BOOM!. As a newbie to Larson (and kind of all-around dummy) I hadn’t realized the narrations that kept intercutting were the literal play tick, tick…BOOM!, but it was a welcome surprise. What’s important though, is the fact that only when Larson merges the passion he has for theater with the stories and beautiful nature of life is he able to make an impact as a writer. That very impact leads to the creation of Larson’s magnum opus Rent, which is a further blend of his life and theater as it’s a story of struggling artists in NYC throughout the time of the AIDs epidemic.

The movie gets super meta and real at the end, making it feel just that much more potent. The lines blur between reality and story, and I felt it start to wash over me. Like a comforting voice just reassuring me “it’s going to be okay.” Every time Larson remarked that Stephen Sondheim was only 27 when he premiered on Broadway, I felt something deep in my soul. The feeling of urgency and fear of missing out is something I struggle with very often just as an 18-year-old. As many times as I’ve had someone reassure me that I’m young enough that I can just slow down and live life. But none of it was as effective as this movie.

Maybe, it really is just going to be okay.

My rating for tick, tick…BOOM! :