The Witcher franchise has become a global phenomenon, with the Netflix series just the newest entry or adaptation in it. It began as a series of nine novels by Andrzej Sapkowski prior to becoming a wildly popular gaming series. Since then it has spawned board games, comic books, and even an animated film, The Witcher: Nightmare of the Wolf, which is also set in the Netflix Witcher universe. There’s another animated film on its way, which we heard would be titled The Witcher: Sirens of the Deep, following the events of the previous one. So it shouldn’t come as too much of a shock that Netflix is looking to continue expanding the brand with The Witcher: Blood Origin.

The prequel series arrives later this month and is set about 1200 years before the Henry Cavill-led series, telling one of the most important stories from The Witcher universe. The series stars Michelle Yeoh, Sophia Brown, Laurence O’Fuarain, Lenny Henry, Francesca Mills, Minnie Driver, and Mirren Mack. Declan de Barra, who has worked on The Vampire Diaries spin-off The Originals as well as Iron Fist, is the creator and showrunner of the series, bringing a familiar, but vastly different world to life.

However, with such an integral story in The Witcher franchise, does Blood Origin do it justice? Or is the series a sign of a decline in the story and structure of Netflix’s Witcher Universe? Read on to discover that and so much more.

[Warning: Spoilers from The Witcher: Blood Origin are below!]

Blood Origin: a world before witchers

Using frame storytelling, The Witcher: Blood Origin tells a story long forgotten, set over a thousand years before the adventures of Cavill’s Geralt of Rivia, the main character in the other The Witcher series. Blood Origin is set in a world of Elves and Dwarves, devoid of monsters and humans, though not without its problems. The Continent is split into different tribes of Elves, ruled over Princess Merwyn (Mirren Mack) who is more concerned with the world of politics than for her people. Quite a bit of the story is centered on her and the royal city of Xin’Trea, a plotline that was reminiscent of Game of Thrones in many ways.

The series also explores the creation of the first prototype witcher as well as the conjunction of the spheres, which sees the collapse of the Elven World, and those of men and monsters into one. These two stories are vastly more important and interesting that the political going-on of Xin’Trea and Princess Merwyn, although it would be difficult to have one without the other. Perhaps one of the reasons that these two stories were significantly better than that of Princess Merwyn is because of the introduction of the fellowship of the Witcher.

Sadly, they aren’t called that, but there is a group of seven warriors that come together to stop the evil plans across the continent. Leading the group, and honestly, the main stars of the series, are Élie (Sophia Brown), a traveling bard who was once a Queen’s guard, Fjall (Laurence O’Fuarain), an ex-king guard that has found himself in a bit of trouble, and Scian (Michelle Yeoh), a master of the sword who is masked in mystery. There are four others who join in on the adventure, however, they seem almost lost in the shadow of these main three. With the exception of Francesca Mills’ Meldolf.

The good and bad of The Witcher: Blood Origin

Of the interesting aspects of The Witcher: Blood Origin is the dichotomy that exists in the quality, structure, and flow of the series. Originally, the series was announced as a six-part story, however, upon release, it’s only four episodes. It’s not stated why there was a change or decrease in the episode count, but the shift is felt in the story. The first two episodes are incredibly strong, however, episodes three and four seem messy. Part of what made the first two episodes fantastic was that they focused on the gathering of the seven, which was more interesting than the story that came later in the limited series.

There’s almost an air of fun and excitement as the seven find each other. It was exciting to see their ranks grow and the dynamics that existed amongst all of them. However, in the latter two episodes, the greater story took over and their dynamics took a back seat. The back end of Blood Origin also felt rushed, which could have been because of the decrease in episodes.

The pacing was off and either moved too quickly or way too slowly, which left me feeling lost in a story that should have been straightforward. At times, I also forgot what the seven’s mission was or why they were journeying at all, having to watch some episodes twice to gain a better understanding.

The political storyline, which could have been interesting, was dull and felt unnecessary, though it didn’t ruin the series as a whole. The saving grace of The Witcher: Blood Origin is the seven warriors who band together. While all seven are excellent actors and actresses, a few stood out as positively stellar. Michelle Yeoh was fantastic as Scian, a character who was amazing with a sword. Yeoh stole almost every scene she was in, with a healthy dose of action and heart for a character whose loyalty I was always questioning.

Sophia Brown was perfect as Élie, who has a similar balance of badass and big heart as Scian. She’s the first hero the audience truly gets to know, as the entry point for those watching into the world. It was easy to slip into her skin, as someone who wants to do the right thing, but also someone who is fiercely protective over those she cares about. Her journey in Blood Origins is the emotional core of this series, one that left me feeling gut-punched in the end.

All that being said, Mills’ Meldof was my absolute favorite of the entire series. Just like the previous two actresses, Mills brings an excellent balance of humor and badass, however, is definitely a lot funnier than anyone else in the show. She and her hammer have a great dynamic, with the hammer being treated more like a human than an object. If I could have an entire series of Meldof, I would be happy.

The action in this series was exceptional, which makes up for a lot of the missteps of the series. Every fight looks and feels exciting, with each member of the band of seven wielding a different weapon and fighting style. For example, Scian has a very fluid style of fighting, similar to Yeoh’s character in Shang-Chi and the Legend of the Ten Rings. Élie does more with throwing knives and almost has a similar style to Scian, however, there is a more direct way of attacking that is just a step down in gracefulness. The combined fighting styles of all seven felt like I was watching a live-action D&D game, mixing direct attacks with ranged, along with powerful spells to save the day.

Even though the series has some pacing issues and problems with its overall story, The Witcher: Blood Origin was still a good show to watch. The action is fantastic and the acting is top-notch, but the story itself fell apart a bit in the later part of the limited series. The concept for the story was fantastic, it had all the makings of an epic tale of such an important time in this franchise’s lore. It’s unfortunate that they couldn’t stick the landing for whatever reason.

Perhaps with more time, it could have been nearly perfect. Those who are fans of the original series will be happy to have another chapter from The Witcher universe, although it becomes apparent quickly that Henry Cavill is one of the best parts of this franchise and his time in this universe is coming to a close soon.

The Witcher: Blood Origin arrives on Netflix on December 25, 2022. Are you excited to watch it? Let us know on Twitter or in our Cosmic Circus Discord. And if you haven’t already, check out our gift guide for The Witcher fans!

Great Gifts for The Witcher Fans 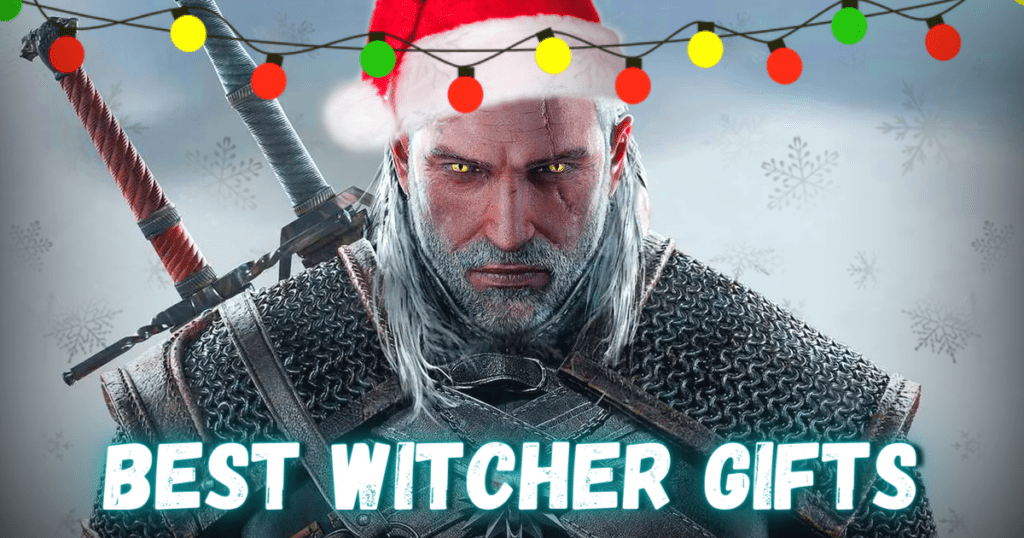