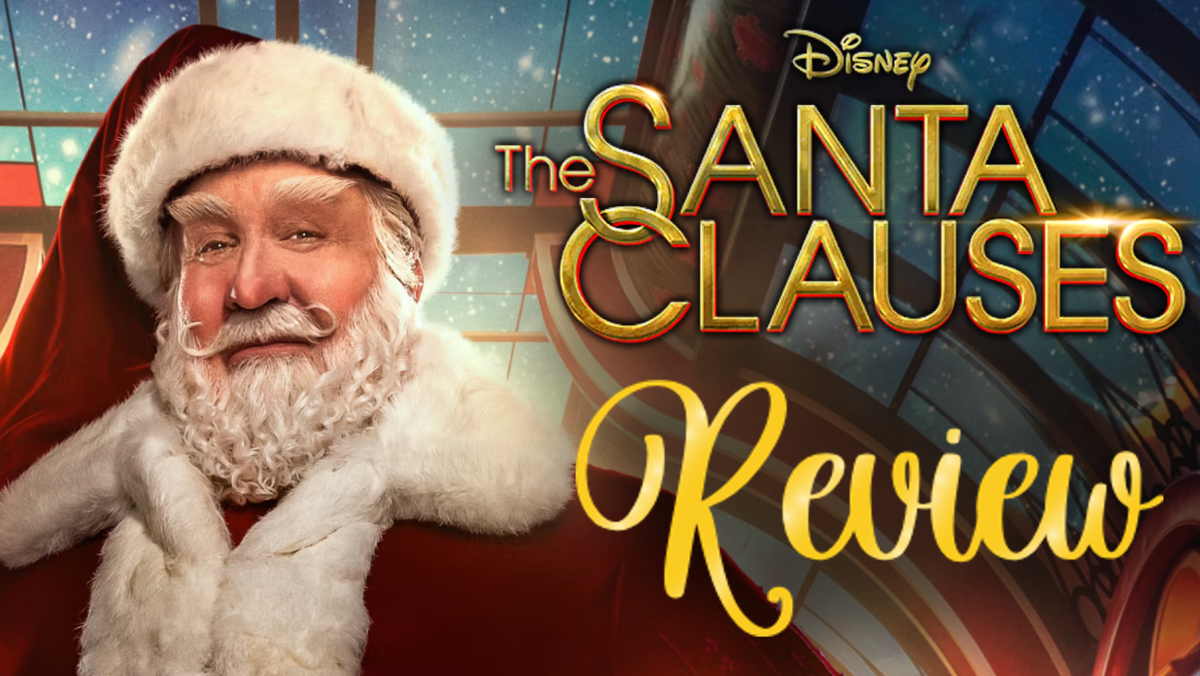 Never in my wildest dreams did I think that at 30 years old, I would be talking about a sequel series to a film that came out during my childhood. The Santa Clause came out in 1994, which was almost three decades ago, and already has two sequels in the franchise. When The Santa Clauses 3: The Escape Clause came out back in 2006, it seemed that Tim Allen, who plays Scott Calvin/Santa Claus, had finally decided to hand up his fuzzy red hat and retire the sled. At that point, Allen had been playing Santa for over a decade, so perhaps it was time to put it to bed.

And yet, all these years later, The Santa Clauses is arriving on Disney+ and Allen is once again slipping back into his scarlet suit. From what we’ve been able to gather from the trailers, this new series seems like a proper sent-off for Allen’s Santa Claus and a new beginning for the decade-spanning franchise. The Santa Clauses sees the return of other franchise stars, such as Elizabeth Mitchell, Eric Lloyd, and David Krumholtz as well as some new faces joining the cast.

So is The Santa Clauses worth your time and Christmas cheer, or is it a lump of coal in this beloved holiday franchise stocking? Perhaps it is too early to tell, but let’s explore what The Santa Clauses‘ two-episode premiere has to offer.

[Warning: spoilers from the two-episode premiere of The Santa Clauses are below!]

The Santa Clauses carries the torch of its previous installments

This series picks up 16 years after the ending of the third film, which saw Scott Kelvin (Allen) and Carol a.k.a. Mrs. Claus (Elizabeth Mitchell) beginning their family at the North Pole. Santa mentions multiple times that he has St Nick for 28 years, which lines up with the release and story of the first movie. When we first pick up with Santa again in the first episode, it’s Christmas Eve once more and Santa is doing what he always does, delivering presents to all the good boys and girls.

Santa and his right-hand elf Noel (Devin Bright) are having fun in the sleigh together, both clearly loving their job quite a lot. Seeing these two do some wild stunts with the reindeer, sleigh, and (I kid you not) a glazed cruller donut was a great scene that caused me to laugh out loud. Together, this duo is doing their best to bring Christmas cheer to children and adults alike, with one scene in particular that will make fans of the original franchise laugh and appreciate the intended callback.

However, it isn’t long before the audience learns that not everything is as it seems. Times have changed, children aren’t believing in Santa and the Christmas Magic as much as they used to, and this is impacting Santa in quite a big way. Scott’s Santa magic begins to falter as a result of children’s belief in him dwindling each year, which causes an obvious dip in Scott’s own Christmas spirit to take a dip

Where once Scott hated the thought of being Santa, he now struggles with the possibility of giving it up. However, when he’s faced with the reality that his family isn’t thriving any longer in the North Pole, he makes up his mind and decides it’s time to give the role up. However, before he can officially give it up, he must find his replacement

The acting in The Santa Clauses is fantastic

There’s a lot about The Santa Clauses’ premiere episodes to love, first and foremost the acting. Tim Allen and Elizabeth Mitchell continue to be exceptional in their roles as Santa and Mrs. Clauses.

Allen has been and will always be a perfect casting for Santa Claus, with his type of comedy excellent for this holiday children’s franchise. Having seen Allen play a cranky old man in some recent projects, such as Last Man Standing, it was fantastic to see him return to such a joyful and hilarious role.

Mitchell brings something special and new to her role, which she has already played in two films. In the previous installments, she fell in love and moved to the North Pole, and began a family. Her role was delegated to that of the typical love interest. In The Santa Clauses, there’s much more for her to truly show off her amazing acting talent.

During the first two episodes, we see Mrs. Claus begin to question the role and legacy of Santa and his wife, which is bigger than just her and her husband. Along the way, she also questions what her life could and should be, both in the role of Mrs. Claus and as Carol in the real world. It’s an interesting concept that feels like a product of the time this series comes out, showing that the franchise is growing far past its simple 90s beginning.

The new additions to the series are excellent as well, specifically Devin Bright as Noel and Matilda Lawler as Betty. Noel is definitely the comedic relief of the show, as the overly protective and slightly bumbling sidekick to Santa. Bright is perfect for the role and I expect him to be a fan favorite for adults and children alike.

Betty on the other hand is the straight-laced Chief of Staff of the Elves for Santa. She is definitely no-nonsense, which is where a lot of her comedic bits come from. There are at least two to three moments in the first two episodes where I laughed out loud at her overly serious nature coming off as complete ridiculousness.

Lawler carries Betty with poise and an air of all business, which is not something I see many young actors able to pull off. She is no Bernard but is something special in her own right and a welcome addition to the cast.

Parts that left me wanting more

The youngest children of Scott and Carol, Cal (Austin Kane), and his younger sister Sandra (Elizabeth Allen-Dick) feel largely underdeveloped in the first two episodes. Part of this might be that the previously established characters, like their parents, overshadow the two children. However, I didn’t get a real sense of who these two are, other than extremely odd from living in the North Pole their entire lives. My hope is that we get a better sense of Cal and Sandra as the series continues through its six episodes.

It’s also awesome that Elizabeth Allen-Dick is joining her real-life father in a franchise he’s been a part of for the past 28 years. Perhaps she will take over the family business on and off the screen.

I have a similar problem with Kal Penn’s Simon and his daughter Grace (Rupali Redd), who come off as rather one-dimensional. Grace is a lovable young girl who still believes in the Christmas Spirit, however, that’s where her character begins and ends. Her father on the other hand is the Scrooge of the series, playing the skeptic money-hungry individual in the series.

While I do believe both of these characters will become less one-dimensional as the series progresses, I was left wanting a bit more from the first two episodes for all four of the above-mentioned characters.

The first two episodes are all pretty much set up for what is to come, but there is no real sense of what that is. Sure, Scott is going to be looking for a replacement as Santa, but it feels empty knowing that someone else is picking up the reins from someone who has been Santa on our screens for almost three decades.

The charm that I remember from the first two films is still present, however, it doesn’t shine as brightly as it used to. I’ll keep watching because the series hits a nostalgic part of me especially as we enter the most magical part of the year, but I hope that The Santa Clauses finds its footing sooner rather than later.

Tim Allen has returned to our screens once again as Santa, ushering in a new Christmas season on Disney+. While The Santa Clauses doesn’t have the same charm that the original trilogy has, it is still a good show for families and enjoyable to watch overall.

It definitely seems that this new entry in the franchise is skewed for an even younger audience than its predecessors, but that didn’t detract from the series in the slightest. I laughed quite a bit and loved the ensemble cast, even if the story seems a bit lacking in direction. With only the first two episodes premiering out of six, there is still plenty of time for the show to right a few of the missteps and stick its landing.

The Santa Clauses premieres on Disney+ today with its first two episodes, with subsequent episodes airing weekly on Wednesdays. Have you checked it out yet? Let us know what you think on Twitter or our Discord! And if you haven’t already, check out our review on another Disney+ series that is landing on the streaming service today as well, Limitless with Chris Hemsworth!