Review: ‘The Matrix Resurrections’ Is A Strong Revival for the Franchise 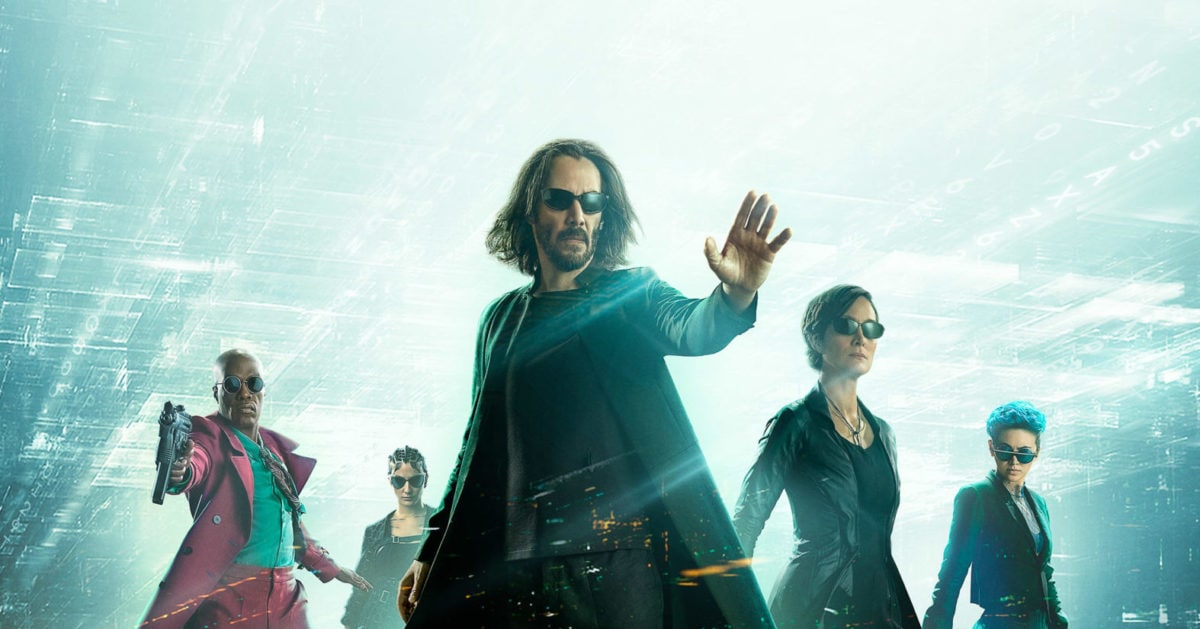 Review: ‘The Matrix Resurrections’ Is A Strong Revival for the Franchise

The Matrix franchise has always had a certain vibe about it. A kind of “Hell yes, this is awesome!” feeling that makes it hard to not enjoy yourself while you watch. I don’t know if it was the green tint, the incredible action, Laurence Fishburne waxing philosophical for six hours, or just some kind of Wachowski magic touch that Lana and Lilly brought to the table as directors.

Now with only Lana Wachowski sitting in the director’s chair, there was a lingering question mark in my head as to whether or not she could bring that same energy to Matrix Resurrections without the help of her sister. In fact, after watching the film, I believe she might’ve just outdone everything that came before.

The iconography of these films is immediately identifiable. The original films have loyal fans, defenders, and people who just flat out don’t like them, so it’s difficult to judge the culture’s standard for this film. Honestly, it doesn’t surprise me to see the reaction to this film being mixed.

If you’re a casual moviegoer, you may be wondering if you can just go to the theater or HBOMax and watch Matrix Resurrections without watching the Matrix films before it. This being a loyal sequel to the original trilogy, I think it’d be hard to jump into this one without at least some baseline knowledge of the events of the previous films. Along with being a loyal sequel comes the film committing to the weirdness of the last films that possibly left a bad taste in people’s mouths. However, I think that the movie does an excellent job staving off any reminding of bad past choices by focusing on its own story…and boy does that story deliver.

Within The Matrix Resurrections are two different stories masterfully twisted together to create one coherent narrative that dissects the idea of free will. That’s not something completely new to fans of the Matrix franchise, as the red pill blue or blue pill concept has kind of outgrown the franchise itself. But Resurrections brings a fresh take on the idea: the answer to “is there such thing as free will” isn’t a yes or a no; it’s nonbinary.

Throughout the movie, we watch as Neo (Keanu Reeves) and the supporting cast are bounced between forces like a game of pinball, with the characters only occasionally performing acts of their own volition. But the movie seeks to comfort the audience and reassure them that “It’ll all be okay in the end.” In Resurrections, just as in life, things can start to feel out of control. We aren’t in control of everything that happens to us, and that’s just a fact we have to face. But not being in control doesn’t mean we should give up.

One of my favorite things that Resurrections does is use archival footage in key moments. On a surface level, I think the idea of just cutting back to old scenes sounds like a lazy shortcut, but it’s really the use of those scenes that elevates the entire film. The footage manages to call back and bring to the forefront scenes and ideas from the previous films, and at the same time also works to inspire nostalgia and emotion. It’s a very endearing and effective way to put the audience in the shoes of the characters as they recall events of their pasts.

Aside from the incredibly likable characters and deep dives into philosophy, there’s one thing The Matrix films are known for: the action. I’ve seen a lot of people talk about the action in this film as if it’s not good, but I disagree. While it’s certainly a step down from the original trilogy, I think Resurrections still makes good use of its action set pieces. I think it could’ve been better and I do wish it met the rather high bar set by the previous three films, but I also believe that the strong story and character work more than made up for any lackluster action.

Resurrections was a phenomenal trip back into the world of Neo. It has a nice ending with a tight little bow on top to wrap it all up. I do have hope deep down that this isn’t really the end, however. The resolution to the film and the character’s journeys leaves us in a completely new and unfamiliar territory, and it’s an idea that I think leaves lots of wiggle room to be elaborated on or even challenged. I think Matrix Resurrections proves that this story has lots of mileage left, and I’m hoping to see more of that explored by Lana Wachowski in the future.

The Matrix Resurrections is available in theaters and on HBO Max now.