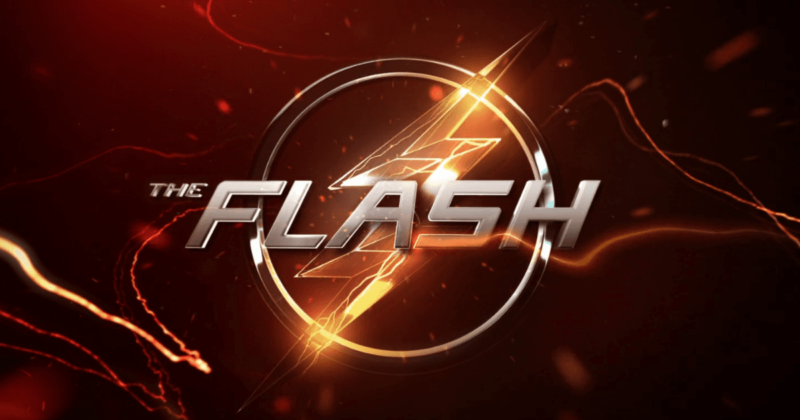 CW’s The Flash series returned for its eighth season last night. But unlike previous season openers, this year began with a huge event. Branded as “not a crossover”, this five-part extravaganza, aptly titled Armageddon, will bring heroes from across the Arrowverse together in true crossover fashion. However, at the core, this is a story centered on Barry and his family.

Warning: Spoilers from The Flash: Armageddon Part 1 below!

This season’s premiere opens with a flash from the future, and the future does not look good. Buildings are on fire, people running and screaming as a stranger stands there and observing it all. What the hell is happening in 2031? And who is the stranger (Tony Curran) bearing witness to the destruction of Central City? The opening scene sets the tone for the rest of the episode, even though we don’t really get any answers until the second half.

Diving back into the present day, Team Flash is hard at work continuing to save Central City from all threats. While the majority of the episode read like a normal jaunt through Central City, it did provide us with some exciting tidbits. It was nice to see that every member of Team Flash seems genuinely happy with where their life currently is. Caitlin Snow (Danielle Panabaker) has decided to start dating again, Killer Frost (Panabaker) is off finding herself once more, and Barry (Grant Gustin) and Iris (Candice Patton) are finally together and happy.

One of the biggest shockers of Team Flash’s normal lives is that Iris’s publication has expanded. Now branded Central City Citizen Media, it has come a long way from just being a two journalist website run by Iris and Allegra (Kayla Compton). I was ecstatic to see these two women thriving in an environment they worked so hard for. Gone was the self-doubt that Iris had for herself and her dreams periodically throughout past seasons.

It was excellent to see Ray Palmer (Brandon Routh) once again suit up as Atom. I was worried after his departure from DC’s Legends of Tomorrow that his story was over. However, his return showed that there is still some magic in his technology. And maybe Ray isn’t quite ready to hang up his super suit.

Unfortunately, Ray’s appearance, while enjoyable, seemed to lack real purpose for the story. From the moment he showed up on Barry and Iris’s doorstep, he felt almost shoehorned into the episode. His story was about finding the balance between heroism, being a tech genius, and being a family man. It felt like his story was leading to more appearances as Ray, even his own spin-off show. And as far I know, that isn’t the case. He could have easily been replaced with Cisco/Vibe (Carlos Valdes) and the episode would have been even better. With a more emotional impact, as Cisco will always be a member of Team Flash.

As far as part one’s of previous DC events or crossovers, this one felt a bit lackluster. Most of the episode felt and read as any other “baddie of the week” style program we expect from a CW superhero show. This is fine if you are opening a regular season. But an event should start off spectacular. I wanted to feel like I was blown off my feet, and instead, I felt jibbed.

Despero (Curran) as a villain didn’t feel exceptionally scary or intimidating. One of his forms (because of course, he has two) is a large, Hulk-like creature. Which would be cool, if the CGI wasn’t so cheap-looking. The other form is a man that seemed smaller in size than Barry and Ray. Someone needs to talk to The CW about casting people with proper presence.

His mission in traveling back from 2031 is to kill Barry before Flash destroys the world. This sounds like an awesome premise for an event, and an event that I can’t wait to see. However, I wish that would have been disclosed sooner and the episode would have focused more on Despero and how Team Flash plans to stop him.

The last few minutes of the episode are some of its best. Barry refuses to fight and Despero informs him that he has seven days to prove that he won’t destroy Earth in 2031, or otherwise he will kill Barry. I hope Barry is prepared to stand trial because there is a lot of ground to cover with Despero.

Part one is definitely not what I wanted or expected for the opening of an event like Armageddon. As a Flash episode, it is a good one, however, I wanted more of the event feel that seemed almost a sure thing. Perhaps that is why they labeled it “not a crossover.”  To help curve people’s anticipations and expectations. I have faith that what is to come in part two and beyond will be amazing. But I also can’t help but think that part one could have been a bit better.