Review: ‘The Book of Boba Fett’ Has a Slow Start but Promises More 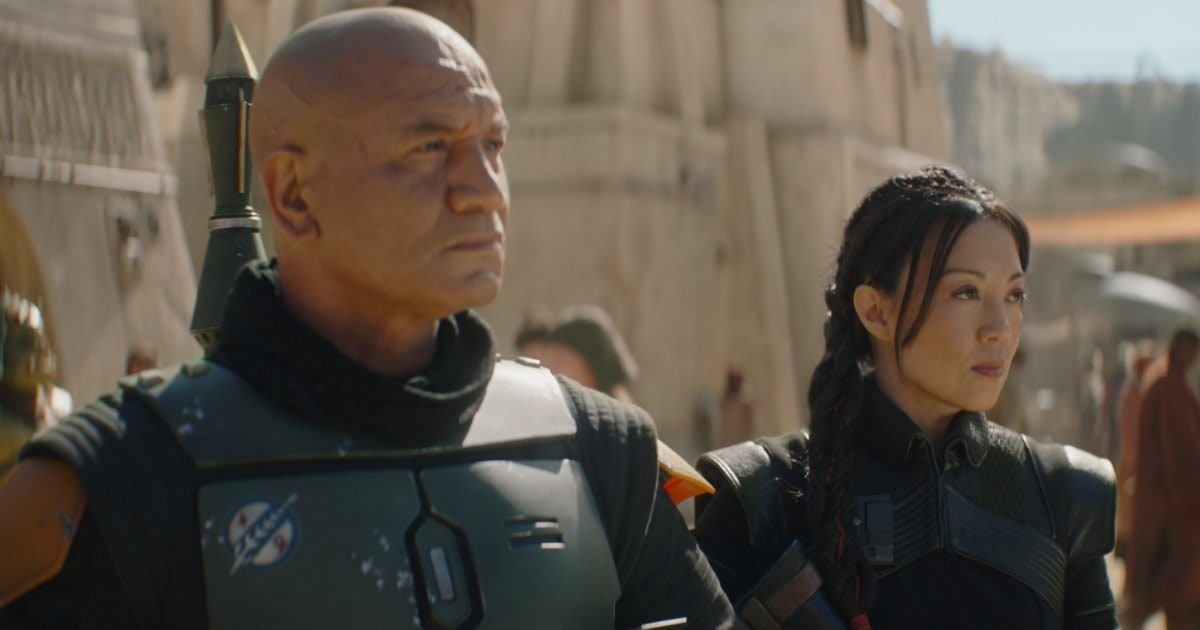 Review: ‘The Book of Boba Fett’ Has a Slow Start but Promises More

After a year-long wait, The Book of Boba Fett is finally here! In the first episode writer Jon Favreau and director Robert Rodriguez bring back everything fans love about The Mandalorian’s western feel while finally giving Boba Fett his own story after 40 years.

After seeing Temuera Morrison give an amazing performance as Boba Fett in The Mandalorian, fans including myself wanted to see more of him. At the end of season two of The Mandalorian when they surprised fans with a Boba Fett spinoff show, it was met with excitement from fans who have waited a long time for Boba’s story. So far it’s been worth the wait with Morrison’s performance in the pilot showing that he brings a lot of power and weight to the character. There isn’t much dialogue but Morrison and his on-screen partners don’t let that keep them from delivering some interesting scenes. His ability to act with just his body language for a majority of his screen time, as we saw in the Mandalorian, is very key to these characters.

Fennec Shand (Ming-Na Wen) was someone I looked forward to seeing on screen again as well. Fennec is one of my favorite new characters, and within the first episode, she shows a range of abilities. Fennec is a close advisor to Boba as well as his enforcer. You can tell he has great respect for her and values what she has to say instead of just dismissing Fennec. They have a true partnership and work extremely well together.

The episode is a slow start to the series but establishes what it needs to, all the while teasing a bigger story. It sets up the opposition Boba will face on his journey to establish his presence as Tatooine’s new crime lord – which seems like it won’t be easy. Rodriguez struck a good balance between the current story and flashbacks, although some parts do feel longer than necessary. But it seems like we need these flashbacks to understand why Boba is choosing to “rule with respect.” I like that it was very character-focused and Favreau is taking the time to add more to Boba Fett. Something I was looking forward to was seeing more of Tatooine and Mos Espa. With Boba wanting to check in on Jabba’s “many vassals” to keep his empire together, it seems like Boba and Fennec will be exploring Mos Espa along with the audience. Since the episode only had a 38-minute runtime I think Disney should have made this a two-episode premiere just as they did with Hawkeye since many are critiquing the runtime and content.

We were introduced to multiple new characters that are sure to show up in later episodes. Although screen time for them was short they have established their importance for Boba Fett and his rule on Tatooine. I’m excited to learn more about them and how they will help or hinder Boba and Fennec. Episode one definitely left me wanting more and has me excited for the next six weeks.

The first episode of The Book of Boba Fett is now streaming on Disney+ with new episodes streaming every Wednesday.