Review: Star Wars Animation is Back with ‘Tales of the Jedi’ 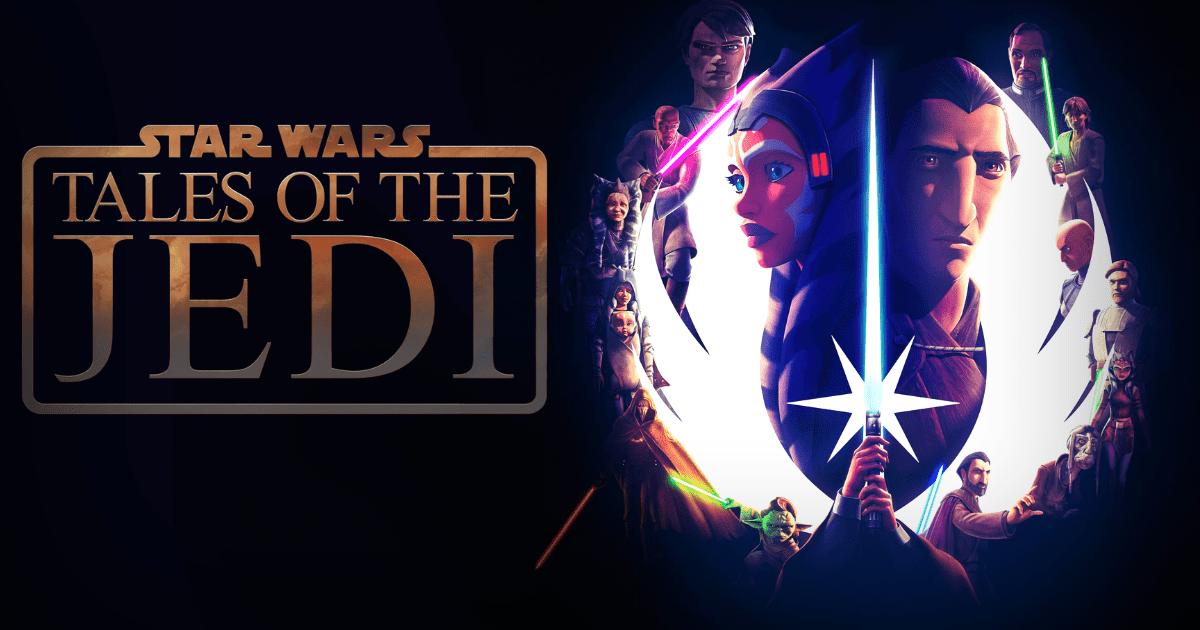 Review: Star Wars Animation is Back with ‘Tales of the Jedi’

Star Wars animated series Tales of the Jedi has now been released on Disney+. This brand new entry into the franchise consists of six short stories that fill in some of the gaps throughout Count Dooku’s time as a Jedi and his eventual fall to the Dark side and Ahsoka Tano’s origin, training, and how she became part of the rebellion.

These shorts truly focused on the story and wasted no time getting to the heart of the tale it was trying to tell. I was concerned when I saw that the episodes ranged from 15-18 minutes each, but the pacing was excellent, using every beat magnificently. There were times when The Clone Wars fell short of storytelling and focused more on the action and I’m glad they took the time to focus on Ahsoka and Dooku (voiced by Ashely Eckstein and Corey Burton).

Discover the truth in six new Original shorts. #TalesOfTheJedi is now streaming only on @DisneyPlus. pic.twitter.com/PpONWGqeHZ

[Warning: Spoilers for Tales of the Jedi are below!]

Tales of the Jedi: Count Dooku

I was surprisingly invested in Dooku’s arc. Dooku is a character I didn’t know much about prior to Tales of the Jedi, but after these episodes, viewers gain a much deeper understanding of him. We come to learn he is a very complex character and it made me want to know more about him.

Dooku’s fall to the dark side came from him truly wanting to help people across the galaxy and like Anakin Skywalker was manipulated by Palpatine into thinking the Jedi were liars. Even though Dooku and the Jedi had their differences he still visited the temple from time to time, respecting the Jedi and the Temple even if he didn’t agree with their ideologies. This definitely showed a side of Dooku that I didn’t get the sense of in the prequel trilogy where Dooku was a bit more one-dimensional.

The stand-out character in Dooku’s arc for me was Yaddle. We have known nothing about Yaddle for over 20 years and within the first few minutes, we get to know just how remarkable she is. We got to know her feelings about the council and the rising darkness. Bryce Dallas Howard did a phenomenal job of putting so much emotion into her performance as Yaddle.

I HAD to post Yaddle’s lightsaber picture 💚 Who watched #TalesOfTheJedi last night? All episodes are now streaming on @DisneyPlus! @TheCloneWars @starwars ✨ pic.twitter.com/02KE0cjLgu

Tales of the Jedi: Ahsoka Tano

In episode 5, “Practice Makes Perfect”, we see how hard Ahsoka has been training. The way Anakin taught her how to fight felt very different from the way Jedis usually train. This was the stand-out episode for me. I loved the transition of Ahsoka through the years up until the siege of Mandalore. It showed that Anakin’s training stuck with her over the years thanks to the push he gave her to be better.

Although I love Ahsoka and these episodes were amazing, my one issue with her story is now the Ahsoka novel is retconned in a pretty big way. In Ahsoka, E.K. Johnston focuses on Ahsoka running from planet to planet hiding from the Empire a year after Order 66. There were two fan-favorite characters missing, sisters Kaeden and Miara Larte. They were important to Ahsoka’s journey to reconnect with the Force. I was also disappointed because the episode was taken from the book but changed everything important.

The fight with the Inquisitor was also different. The Inquisitor who fought Ahsoka in Ahsoka was the Sixth Brother but this one in Tales of the Jedi is entirely new. Ahsoka’s fight with the Sixth Brother was also how Ahsoka obtained her white kyber crystals to build her new lightsabers. Since that didn’t happen in Tales of the Jedi, I wonder if Dave Filoni will reveal the origins of her white sabers later.

I really did like these shorts and I hope we get more of these in the future for different Jedi and Sith who need blanks filled in on their stories. While these episodes go by quickly, the stories they are telling are just as compelling as anything else that comes from the Star War franchise.

What did you think of Tales of the Jedi? Were six episodes enough or do you want more? What characters would you like to see featured next? Let’s talk about it over on our Discord or @mycosmicircus on Twitter.