Review: She-Hulk: Attorney at Law is Chaotic but Worth Watching 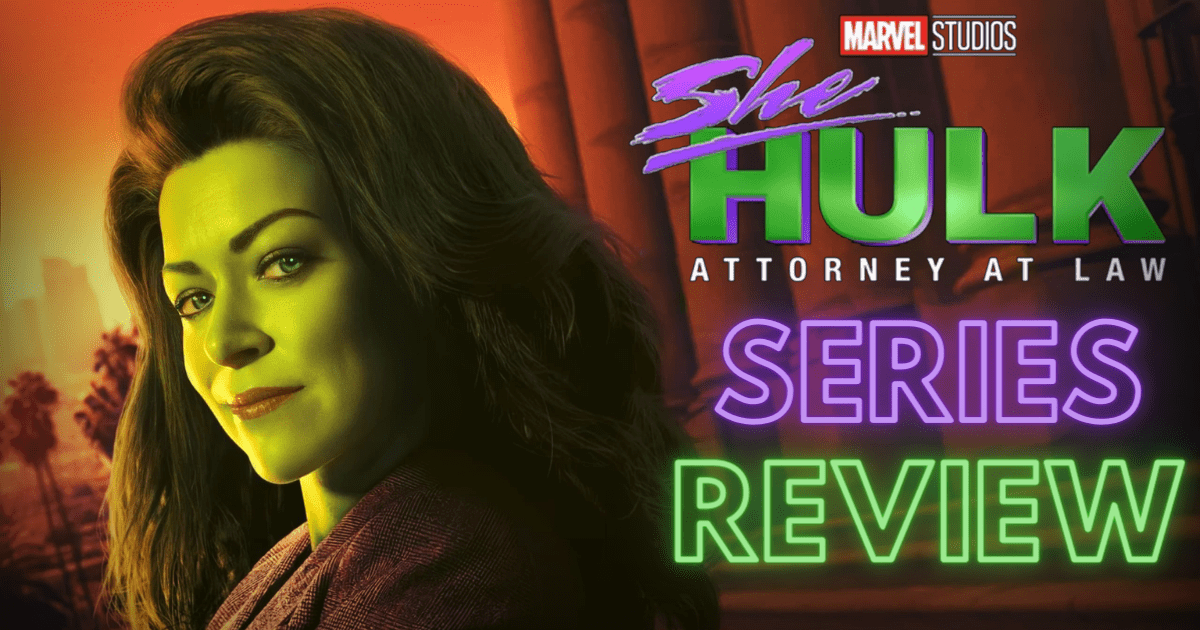 Review: She-Hulk: Attorney at Law is Chaotic but Worth Watching

When Kevin Feige announced that Marvel Studios was bringing She-Hulk to Disney+ as a series, some were surprised, and others, fans of She-Hulk from the comics, were very excited. But the question still was, how does one make an entertaining legal comedy TV series about a 6’7″ green CGI monster that regularly breaks the fourth wall? But She-Hulk: Attorney At Law season one does just that.

Before watching the first episode of She-Hulk, I was very skeptical about this series. The unease all started with the first trailer, when we saw the CGI She-Hulk version of Jennifer Walters (Tatiana Maslany) on screen. Compared to the CGI of Bruce Banner/Hulk (Mark Ruffalo), it didn’t look so good, and there were plenty of complaints on social media about it. We all know the VFX houses are overworked and underappreciated tho, so I thought, let’s give it a chance. I’m glad I did because my journey with this series was very enjoyable for the most part.

[Warning: Spoilers for She-Hulk: Attorney at Law below!]

When I saw the first episode of She-Hulk I was stunned. Jen broke the fourth wall almost immediately to tell us the story of how she became She-Hulk. After that, I knew it would be a fun production. As part of the slight changes to She-Hulk’s origin story, Jen is in a major car accident with her cousin Bruce when a spaceship flew in front of her car. His gamma-radiated blood gets into her system through injuries and there you have it! Another Hulk! Bruce took her to his lab in Mexico to help her take control of her powers, and that was when the fun began.

The lab in Mexico is the same one where Bruce turned into the Smart Hulk, a present from Tony that is a “Hulk Resistant” site. It was a nice touch on Bruce’s relationship with Tony and their history between Infinity War and Endgame.

Through the episode, we see that Jen does not have the out-of-control “Hulk part” of her transformation. She has control over herself, unlike her cousin Bruce.

We saw a lot of bonding between Jen and Bruce, as they playfully roughhouse and compete with each other a bit in strength and other “Hulk” talents. We also learn that they can’t get drunk while in their Hulk forms.

We also learn that at first at least, Jennifer Walters doesn’t want her new She-Hulk powers, she just wanted to be a normal woman, working as a lawyer. This is a setup for a story about learning to love yourself, as well as a superhero origin story. The audience sees Jen struggle with all the power and responsibility that comes with becoming a reluctant hero.

Agree with the delivery of the origin story, and any changes, or not, they hit the right marks as far as these important character points that we need for a good hero origin story.

The chaotic structure of She-Hulk: Attorney At Law

Early on, the key problem I had with this series was the structure. For the first half of the season, there are no real stakes, except for one teaser at the end of episode 3. It is simply a comedy series about She-Hulk living her normal life.

While there are moments that highlight the dangers and frustrations in the world for her as a “normal woman” – dangers and problems that are sadly common for many women to face every day –  the series is missing the potentially catastrophic high stakes that we are used to seeing in these projects.

But when I realized that the series is about Jen/She-Hulk trying to live her normal life as a lawyer with normal problems, rather than having to save the world from super soldiers, witches, or gods, it all became so much clearer. Because that’s what we needed after Spider-Man: No Way Home or Doctor Strange in the Multiverse of Madness. We needed a series with normal “human” problems.

When I talk about the chaotic structure of the series, I mean all those random plots that appear out of nowhere and then start to make sense as the episodes go by. In addition, the short episodes only allowed an audience to dip their toe in the pool, so to speak, every week, rather than have more time to really dive into the world of the character.

We have a lot of characters popping in and out of the show like Emil Blonsky/Abomination (Tim Roth), Wong (Benedict Wong), Matt Murdock/Daredevil (Charlie Cox), The Intelligencia, Titania (Jameela Jamil), and Jen/She-Hulk going on dates with several different men, and it all seems a little random at times.

You start to think, “That’s funny, but why is [blank] in the series? And why is [blank] the main point of the episode? It doesn’t make sense.” But then in the last three episodes, everything becomes clearer. All those arks were there for a reason – to tease that they would be part of something bigger.

When Josh Segarra first appeared on screen, I had very creepy and unpleasant vibes stemming from his appearance in Arrow. But his character is quite the opposite, he’s a funny, warm, sometimes clumsy, but responsible guy who always helps Jen and Nikki. The chemistry of this trio, although not elaborated on screen, is enjoyable to watch and helps us to gather how well they work together.

There is a method to the She-Hulk madness

As I mentioned, those cameos and all those background story arcs were here for something. Emil Blonsky was meant to help Jennifer accept herself for who she is and be herself. Following the events of The Incredible Hulk, Blonsky tried to help others improve their attitudes about themselves and face their pain. Blonsky even helped Jennifer embrace She-Hulk and embrace and accept herself. His story arc was very well developed. The therapy group session with Jennifer was among the best moments in the series.

After his appearance in She-Hulk now everyone loves Wong (Benedict Wong) again. Wherever and whenever Wong is needed, he is always present and ready to help. Wong served mostly as comic relief, however, with this new gal pal Madisynn.

Wong also broke Emil out of prison just to earn the title of Sorcerer Supreme (as seen in Shang-Chi and the Legend of the Ten Rings last year). I think we can all agree that we need to see more of Wong in the MCU and I hope Marvel Studios and K.E.V.I.N. is listening. Wong’s one of the best parts of She-Hulk and the MCU, so as long as he is in some productions, they automatically gain in quality.

Throughout the series I wasn’t a big fan of  Jameela Jamil’s Titania, I don’t know why, but there was always something that made me dislike her and want to see Jen kick her ass (but maybe that’s the point of her being there).

When she falsely sued Jen for using the “She-Hulk” trademark, I thought the episode and arc must be a joke. But the creators actually made that part of Jen’s character development. Through this case, Jen learns to accept that She-Hulk and Jen are the same person. It helps her realize that if she wants to have a relationship with someone, she needs to accept that, and they need to accept who she is as a whole person, and not just be She-Hulk or Jen 100% of the time.

Enter Charlie Cox returning as Matt Murdock/Daredevil. This was one of the best creative things to come out of the making of this series. In the comics, She-Hulk and Matt never date, but from what we have seen in the series they have decided to change that. It was such a good decision, the chemistry between Charlie Cox and Tatiana Maslany is so palpable.

If they ever decide to do a season 2 of She-Hulk: Attorney At Law, they need to make Charlie Cox a regular for the series and make Jen and Matt’s relationship even more serious. Although Matt at first appeared in the series as Jen’s adversary, they quickly established mutual respect. Showing Matt in the She-Hulk finale was something that surprised me, but it’s a welcome surprise.

She-Hulk finale is something new and unexpected

How the She-Hulk: Attorney at Law finale turned out was very unexpected with a “mess” of a finale that quickly turned the tables on the creators themselves. Including Marvel head honcho Kevin Feige, or K.E.V.I.N. as he’s revealed.

She-Hulk is Marvel’s first live-action superhero series to break the fourth wall, literally breaking it. At first, I was very uncomfortable with the idea of doing it, but now I feel that this is the whole essence of the show – breaking the fourth wall, and making your own decisions, but also breaking away from that typical Marvel formula. Everything that happened in this episode and throughout the series is meant to be fun and unexpected while sending a deeper message to everyone watching, perhaps creators included.

This series shows us the problems with the modern world and people, and that’s a significant story to tell too. Jen going to therapy and embracing herself and fixing her problems is something that made me personally very happy to see. I think many people should be able to find something that they can identify with in Jen’s struggles.

While She-Hulk: Attorney at Law is quite different from other Marvel productions, but it’s a good fit for a comedic and down-to-earth story. All 9 episodes of the series are now available on Disney+.

What did you think of She-Hulk: Attorney At Law? Let us know on our Discord or Twitter @mycosmiccirucs! 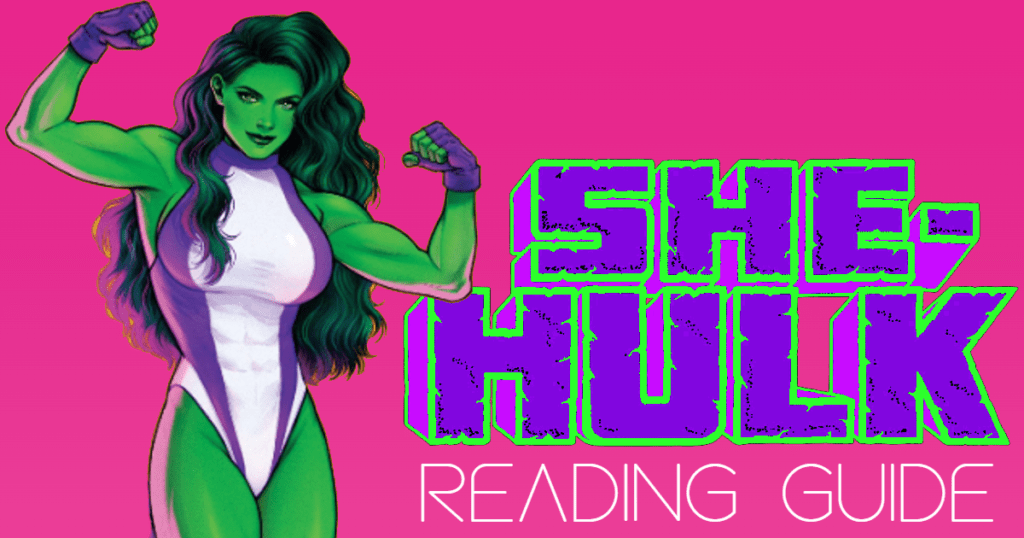 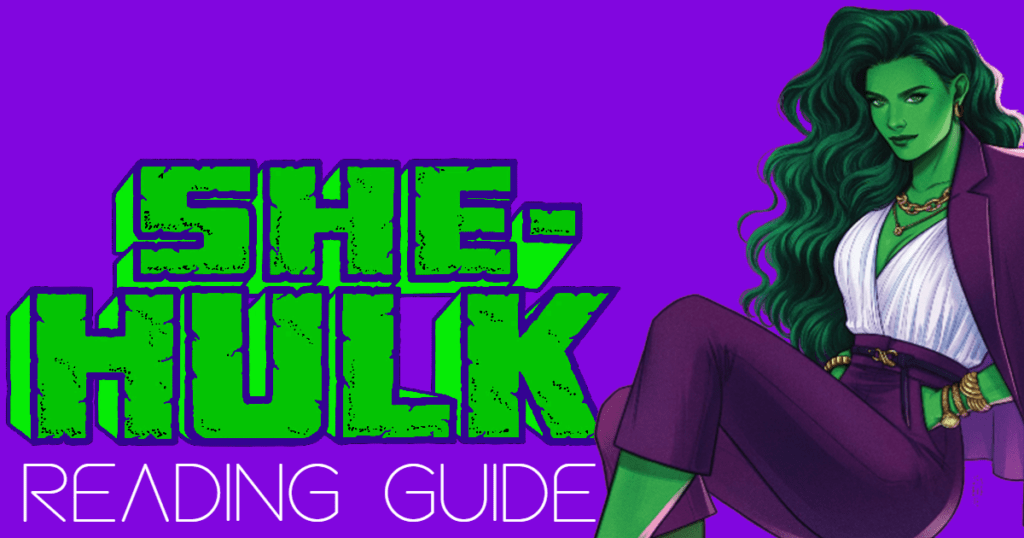