Review: ‘Sandman’ Bonus Episodes “A Dream of a Thousand Cats” and “Calliope” Review: ‘Sandman’ Bonus Episodes “A Dream of a Thousand Cats” and “Calliope”

Neil Gaiman and Netflix weren’t quite done treating us to stories in the beautiful world of The Sandman. Today, they surprised us with a new bonus episode with two stories – “A Dream of a Thousand Cats” and “Calliope” – and it felt so comfortable jumping back into this endlessly charming world.

Both stories are interesting thought experiments that talk about hierarchies, and more specifically about how those hierarchies are manufactured. Whether it be humans as a species, laying claim and ownership on animals, or men enforcing their control over women – both stories address how torturous and unfair those relationships often are.

Check out the trailer for a two part bonus episode of #TheSandman which is now on Netflix!#Calliope #DreamOfAThousandCats #NeilGaimanpic.twitter.com/H8Viedw5BT

The Sandman: “A Dream of a Thousand Cats”

The first story of the episode is “A Dream of a Thousand Cats.” A beautiful 3D animated short story from the perspective of cats in this world. As I mentioned, both stories address the idea of a manufactured hierarchy, and here it’s manifested in the dissection of the relationship between pets and humans.

The kind of story that will make you think twice about even looking at your cat the wrong way, “A Dream of a Thousand Cats” does feel just like what it is: a rather meaningless but nonetheless comforting expedition into something new.

When lined up next to the other episodes, I’m not sure it stands as strong as it could. It suffers from just the same issue as the rest of the series often encounters, with characters too thin to connect with on anything more than a primal level. Combining the flat characters with the fact that they are 3D animated cats, the connection I feel is completely reduced to its most simple and least effective.

All I feel is that I don’t want these cats to be hurt and that I understand what was done by the humans was cruel, and there isn’t much beyond that. I don’t know any of the characters, I don’t relate to them in any way, I don’t even know if I want them to achieve their goal – but I sympathize with their circumstances. It’s a cute, inconsequential, and a rather lovely story where we get to see Tom Sturridge’s Dream as a cat, and that’s enough for me. At only 16 minutes, it doesn’t overstay its welcome.

“Calliope” is a much thicker and much more harrowing story compared to its lighter counterpart. Taking up the majority of the runtime at almost 50 minutes, it may as well just be another episode of the series. The story is a rather simple one: a writer named Richard Madoc partakes in a transaction that grants him the “ownership” over a goddess and muse named Calliope.

Richard “acquires” Calliope from an old writer named Erasmus Fry. Fry is a disgusting old man, who takes no issue in assaulting Calliope and taking from her what he wants against her will. Richard starts the episode demanding he will do no such thing but after very few attempts to win her goodwill and very minimal pressure from outside forces, he quickly turns to the same actions that Erasmus did before him.

Calliope exhausts all of her resources in her attempts to escape the grasp of Richard but to no avail. She is held by him for 2 years and finally becomes desperate enough to try and reach out to her ex-husband and father of her late son, Morpheus. It’s a decision that should feel odd given the story’s relationship between its male and female main characters.

But the instant chemistry between Morpheus and Calliope is palpable. You feel the deep history between them and feel the grief they share. Even though the story doesn’t dig too deep into that history, the little details all come together to make it work so well with the short time it’s given. Little things like the way they look at each other, the way they talk to each other, or the way that Calliope calls him Oneiros – the history feels so real and so devastating.

The arrival of Morpheus in both stories is incredible. It’s been a while since I went through the first 10 episodes, and hearing Tom Sturridge’s dreamlike voice ring out once again was just as chilling as it was the first time. While Neil Gaiman does suggest that the episode is a bridge between seasons (should they get another season), it fits right alongside the likes of the story of Hobs Gadling or the incredible 5th episode: “24/7.” Do yourself a favor and check out this bonus episode this weekend. The entire first season of The Sandman is now streaming on Netflix.

Review: Netflix’s The Sandman is an Impressive Feat of Storytelling 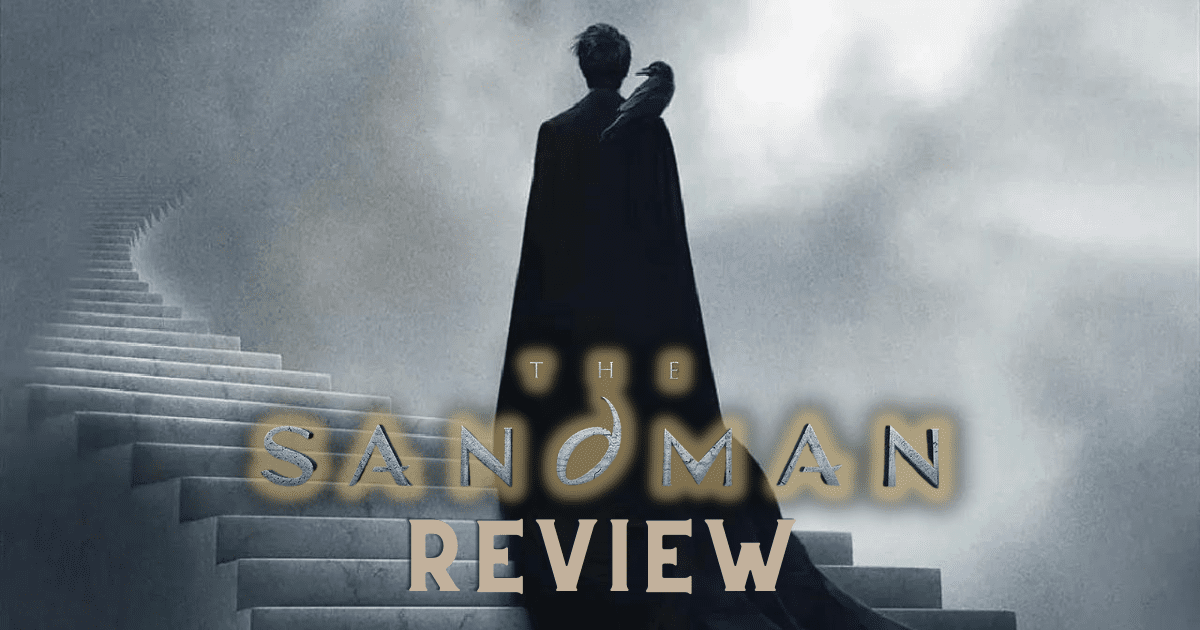