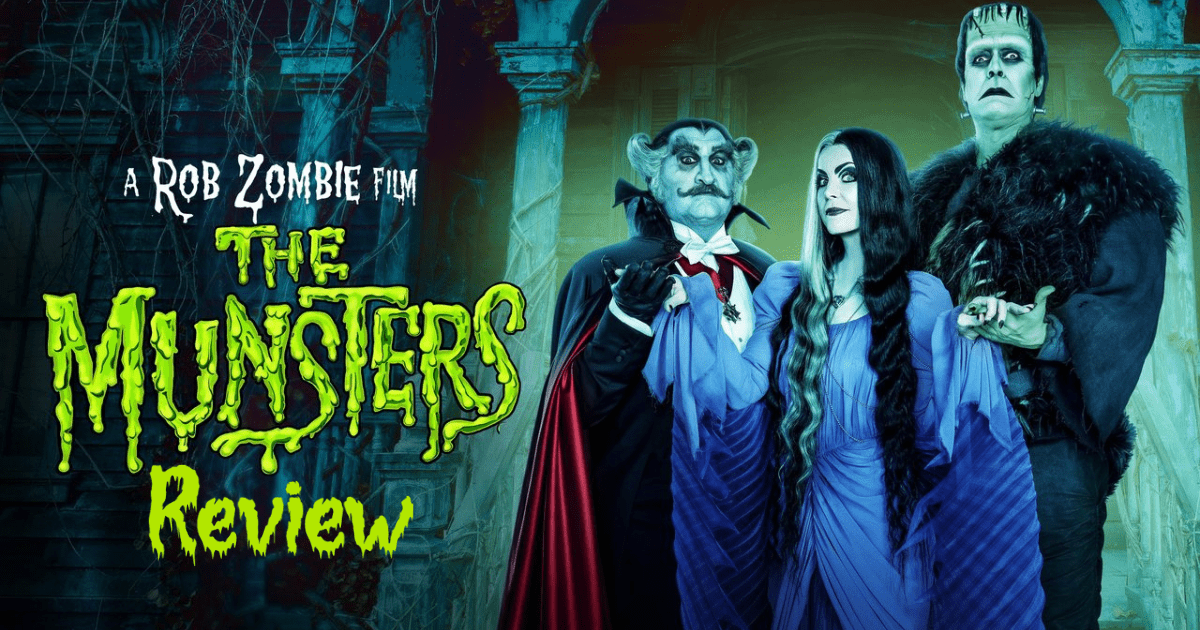 Growing up, I watched a lot of TV Land with my mother, as she shared some of her favorite sitcoms from her childhood. I have fond memories of watching those shows with her. Shows like Bewitched, I Dream of Jeannie, Green Acres, The Addams Family, and of course, The Munsters – a sitcom about classic monsters living in a normal world. When boiled down, The Munsters was similar to The Addams Family show, however, the former followed a family of well-known monsters, such as Frankenstein’s monster, vampires, and werewolves, and not just a creepy kooky family. This show made scary monsters funny and family-friendly, which was perfect for a child who grew up scared of the dark.

So when it was announced that a reboot of sorts was coming of The Munsters, I was excited for a return to the world of Herman, Lily, and grandpa. But when it was announced that Rob Zombie was attached to both write and direct the film, I was hesitant. Zombie is known for disturbing and twisted horror films, which would be a huge departure from The Munsters I was well acquainted with.

Then Sylvester McCoy alleviated some of my concerns about the tone of the film, which he spoke highly about during his panel at AwesomeCon. Unfortunately, when the trailer came out, the film began to bounce from theater to Peacock and eventually landed on Netflix, and things weren’t looking so good once again. It appeared that the film didn’t look great and was finding a home to quietly disappear. So is Rob Zombie’s The Munsters worth your time?

[Warning: Spoilers from Rob Zombie’s The Munsters are below!]

A mess of a story in Rob Zombie’s The Munsters

This film opens up prior to the existence of Herman and serves as a prequel of sorts to The Munsters of the ‘60s. At first, it’s rather unclear what’s happening, as we find Dr. Henry Augustus Wolfgang (Richard Brake) and Floop (Jorge Garcia) collecting the pieces necessary to bring Herman to life. The final piece is a brain, with Dr. Wolfgang having the brain of a genius in mind, although Floop messes that up in true sitcom fashion.

Assembling the pieces together and using a bit of mad science, the lovable dopey Herman (Jeff Daniel Philips) is born! He is no genius, although he’s also no monster. Instead, he’s a musically inclined idiot who wants to play music and find a wife.

Lily Munster (Sheri Moon Zombie) on the other hand, is living with her father The Count (Daniel Roebuck) in Transylvania where she’s also looking for love. She keeps getting set up with creepy, simple, and utterly rich monsters by her father, who has other intentions for these relationships. Lily’s looking for someone to sweep her off her feet, but her father sees the need for these monsters’ money. Life has not been kind to The Munsters, who are living in a castle that is falling apart.

One morning Lily spots Herman on the television and falls head over heels for his bright green skin and rocker image. She sets her sights on him, against her father’s wishes and so begins the relationship I had come to know and love from the original series. This creates some issues for the family, as everyone’s distinct personalities take some time to mesh together.

Unimportant side stories for The Munsters

There are a few different stories that should have been important but felt unnecessary for the overall film. The first is the story of Dr. Henry Augustus Wolfgang and the creation of Herman. This story was vastly different from how Herman was created in the show and did nothing for the film but slow it down. I will say that the first part of the film, which heavily focused on this story, leaned into the weird and wacky, which made the film offputting right from the start.

As well, there is a side story about Lily’s brother Lester (Tomas Boykin) that felt shoehorned into the film without little payoff. It’s established early on that he is the troublemaker of the family, causing issues for Lily and the Count. He’s also the main antagonist of the film if you wanted to argue that there was one. He’s the main reason that The Munsters are thrust from their Transylvania home and find themselves in America. However, his scenes added nothing to the film, with the exception of adding filler to an already excruciating film.

The good and the bad of Rob Zombie’s The Munsters

The Munsters felt like a film that wasn’t sure what it wanted to be. While it can be challenging adapting a half an hour sitcom into a feature-length film, I feel like The Munsters were one of those shows that could have been easily adapted well. You have a collection of well-known monsters and they are living a domesticated life in modern America. However, this film was a complete mess with a story that never once felt cohesive or representative of the original source material.

Instead, the film felt like a fever dream of someone who had once heard the concept of The Munsters and decided to try his hand at making a film in his college class. The Munsters felt cheap, the acting wasn’t great from many of the major players in the film, and it lacked any real humor. I spent most of the film with my eyebrows kneaded, confused about what I was watching, instead of enjoying another hilarious romp with Herman, Lily, and the rest of the Munsters. To say I was disappointed is an absolute understatement.

That being said, there are two shining points in the dark depressing landscape of this film. Daniel Roebuck as The Count and Sylvester McCoy as Igor were the best parts of this film. Roebuck captured the same energy as Grandpa from the original series and at times his voice was so close to the original, I was shocked. However, The Count is truly a secondary character in this film, with the majority focusing on Herman and Lily. Perhaps if they had a bit more of Roebuck in this film, it would have been a bit more redeemable. McCoy was also underutilized in this film, however, he had some of the best scenes (usually with the Count) and seemed highest caliber of actors in the film.

Sylvester McCoy Speaks About His Batty Role in The Munsters 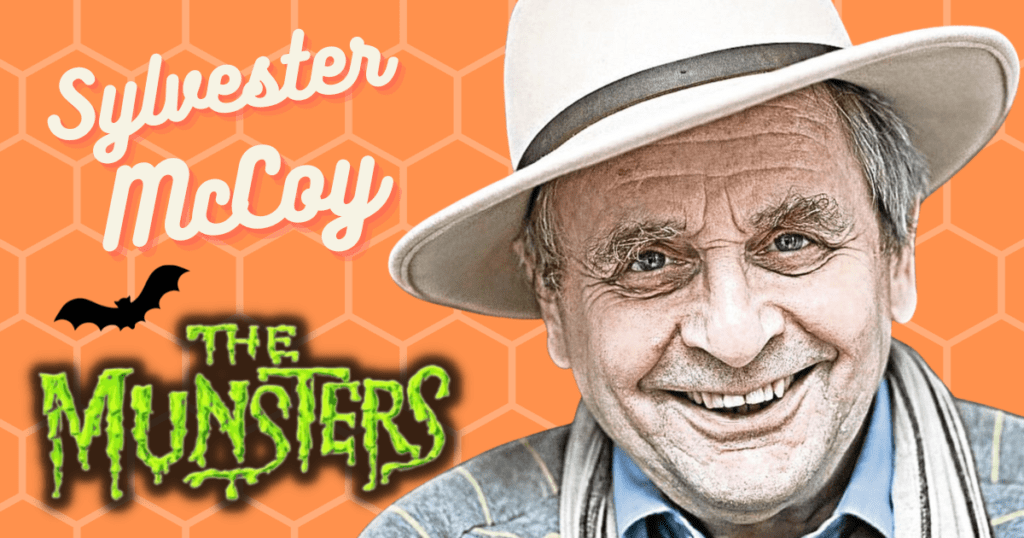 As much as I wanted Rob Zombie’s The Munsters to be good, it isn’t. There was potential for a great film, however, those on and off screen squandered the chance to bring this family of monsters to a new generation. If you need your fix of Herman, Lily, Grandpa, or the children, turn on an episode or two of the classic series and save yourself the pain and mental frustration of watching this film. However, if you are into bad B flicks and want a good laugh with your friends about how terrible the film is, then this is definitely the film for you.

The Munsters is streaming on Netflix. Are you planning on watching this film? Let us know on social media. And if you are looking for a fresh take on some classic monsters, check out our review on Netflix’s Day Shift!