The new and improved Quantum Leap premiered earlier this week on NBC, serving not only as a reboot of the classic sci-fi series but a continuation. This is an aspect of the series that I hadn’t quite anticipated, but will probably help draw viewers of the original series to this one.

Raymond Lee leads the cast as Dr. Ben Song, with Ernie Hudson as Herbert “Magic” Williams, the head of the Quantum Leap project. Rounding out the essential cast is Caitlin Bassett as Addison Augustine, Nanrisa Lee as Jenn, and Mason Alexander Park as Ian.

Serving as showrunner is Martin Gero, who has been a producer and writer on other hit series such as Kung Fu, Blindspot, and Stargate: Atlantis. The premiere episode, “July 13th, 1985” was directed by Thor Freudenthal, who has also directed quite a few episodes from Arrowverse shows, as well as the 2013 film Percy Jackson: Sea of Monsters. So with some strong power in front and behind the camera, how did the Quantum Leap series measure up? Great question.

[Warning: Spoilers from the Quantum Leap premiere are below!]

The episode opens up to a black screen with simple white text appearing across it, informing viewers that it has been 30 years since Dr. Sam Beckett (Scott Bakula), from the original Quantum Leap, vanished resulting from the Quantum Leap accelerator.

However, a new group of scientists has come together to reinstate the Quantum Leap project in hopes of discovering the mystery of Dr. Sam Beckett’s disappearance. With that, the show makes the first of many leaps, propelling the show to focus on Dr. Ben Song, who happens to be at his engagement party when we meet him.

Dr. Song is engaged to Addison Augustine, the communications specialist on the Quantum Leap project. While at his engagement party, he receives some text messages from a mysterious individual, informing him that their window is closing. Apparently, that means something to Ben, even though the audience has no clue because he leaves the party and rushes off to the lab.

Ben, without anyone else’s knowledge or permission, makes an unauthorized jump, waking up in 1985, in someone’s else body, and with no recollection of his true identity. In fact, when the hologram of Addison pops up to talk to Ben, who is known as Nick Rounder in this jumps reality, he doesn’t recognize who she is. This moment of realization hits Addison hard, who struggles through quite a few different emotions while also trying to help get to the bottom of the situation.

Addison informs Ben that the only way to get back home, potentially, is to change the events around him. Specifically in this case he is there as “Nick Rounder” to help Ryan (Michael Welch) out of this life of crime. Addison also tells him that there are some rules, such as if he dies as Ryan he dies in real life.

The biggest rule is that in order to make his next jump, he has to complete his mission. However completing the mission doesn’t ensure Ben will return home, but instead, he will hop to the next life which could result in his return home.

From that point on, the story bounces between two main sections. The first is back at the Quantum Leap project, where those involved attempt to find a way to bring Ben back. Everyone involved has their own feelings of guilt, as no one is quite sure why or how Ben made the jump. They also struggle because there doesn’t seem a definite way to bring him back to their reality. This situation is complicated even more so when the group discovers that Ben loaded some new, unique code into Ziggy (their computer system).

Following Ben as Nick, the audience finds out early on that he is an undercover cop, who is scoping out Ryan and the larger group who are plotting to steal the Hope Diamond. Addison informs Ben that Ryan is supposed to die the night of the robbery, which is the event that he’s supposed to stop.

Throughout the story, we discover that Ryan is attempting to steal the diamond to help pay for his wife’s cancer treatment. Ben does end up completing his mission, which results in his second quantum leap into the body of an astronaut in space.

The good and the bad in the Quantum Leap premiere

I want to start off by saying that the entire cast is quite good in this series. Raymond Lee was enduringly charming and lovable as Dr. Ben Strong. Ernie Hudson is such an amazing actor, who elevates each and every role he is in, which is a huge win for Quantum Leap. Mason Alexander Park as Ian was also fantastic and a stand out among those still present at Project Quantum Leap. (You may recall Park as Desire in Netflix’s Sandman series)

That being said, the show was just okay. I struggled at first with how to describe it and could only come up with “just another NBC show”. The show was a decent drama, with moments that allowed each actor to shine, however, for a sci-fi show, there were few sci-fi elements to it. If you removed the quantum leap at the beginning and end of each episode, and the use of holographic projections, the show is just about one guy helping others out.

There also wasn’t a lot of action, however, there was just enough to keep me entertained along with a promise for more. The final moment, which shows Ben leaping into an astronaut was the first moment that I was beyond excited for the potential this series has. There are unlimited possibilities for where this show could go and that is enough to keep me watching, at least for the next couple of episodes.

Quantum Leap is a show filled to the brim with potential, however, how well that is executed is still up for debate. We’re only one episode into this new series, so I think giving it a few more episodes prior to making the final judgment call is the best practice.

The characters are enjoyable enough to make tuning in fun, and the core relationship between Ben and Addison tugged at my heartstrings. For their relationship alone, I could tune in every week until the show’s ending. So perhaps as the audience we need to take this quantum leap of faith, giving this show a bit more time to find itself.

Quantum Leap currently airs Mondays on NBC with the next day on Peacock. Have you checked it out yet? What are your thoughts? Let us know on social media! And if you haven’t already, check out Alex Perez’s review of Netflix’s Cyberpunk: Edgerunners! 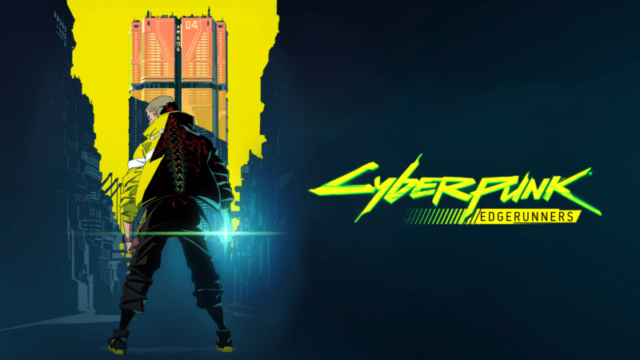