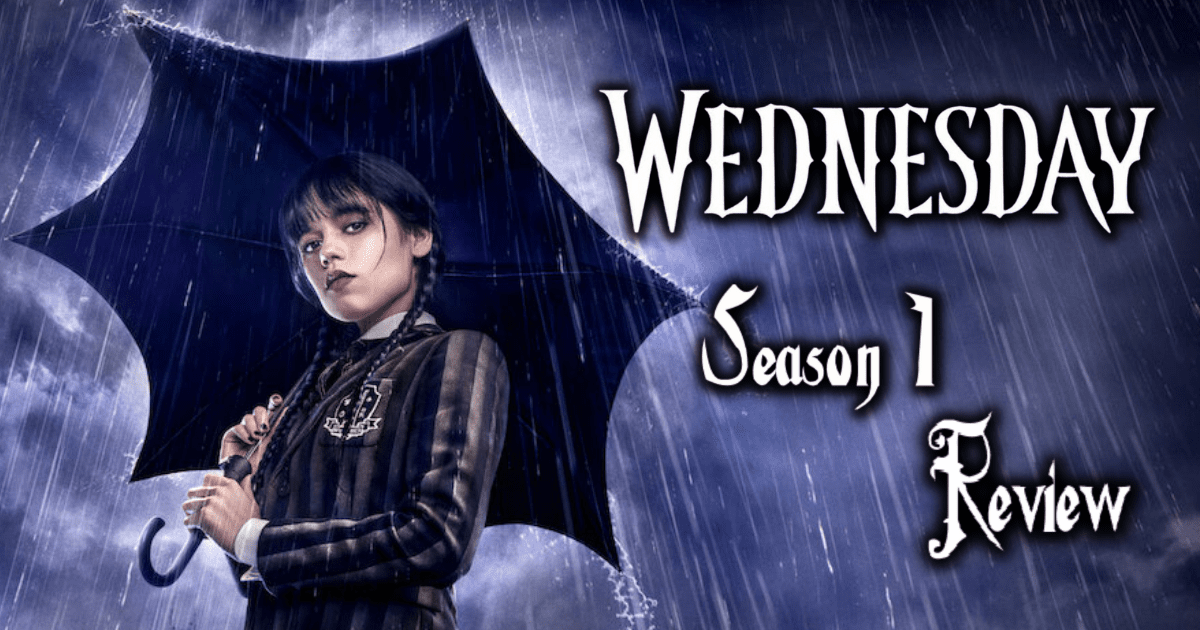 In the 1960s, two shows with similar premises came out around the same time, mashing family-friendly with scary and bizarre. The Munsters, which followed a family of classic monsters, and The Addams Family, a creepily macabre but equally hilarious family, both ran for two seasons. They began within a week of each other, so it only seems right that both reboots of these classic franchises should arrive on Netflix within weeks of each other as well.

Wednesday, the newest entry in The Addams Family franchise, feels more like a reimagining rather than just a reboot. No longer is the creepy and kooky family front and center, with the series focusing on Morticia and Gomez’s teenage daughter instead. Breaking with tradition as well, Wednesday follows the Addams’ daughter of darkness as she begrudgingly begins a new chapter in her teenage life; boarding school.

Directing half of the eight-episode series, Tim Burton also serves as executive producer, bringing his distinct style to Wednesday. Alfred Gough and Miles Millar, known for bringing Smallville to life on the WB, are the minds behind Wednesday’s adventures at Nevermore Academy.

Jenna Ortega takes up the reins as the main character, following in the shoes of Christina Ricci from The Addams Family live-action films. On top of that,  there is a lot more star power packed into this newest offering from Netflix. So is Wednesday a good adaptation of this much-beloved character and franchise, or will it disappoint fans as much as The Munsters reboot did?

[Warning: Spoilers from Netflix’s Wednesday are below!]

The misadventures of Wednesday Addams (Ortega) begin where all good teen dramas should, at a public high school. Finding her brother Pugsley (Isaac Ordonez) shoved and bound in a locker by some much larger jocks, Wednesday decides to take justice into her own hands. In a scene involving a pool, a bag of hungry piranhas, and many terrified teenage boys, she enacts her revenge. Those who have watched the trailer should have a good idea of what happens next.

However, in the process of hurting those who hurt her brother, she is expelled from school. Not that this seems to bother Wednesday so much, in fact, she seems rather proud of her accomplishment.

At this point, Morticia, played by the great Catherine Zeta-Jones, and her husband Gomez, played by Luis Guzmán, decide to send Wednesday to their old Alma Mater, Nevermore Academy. Nevermore is a safe haven for individuals with magical or supernatural heritage, which provides a vast pool of creatures and lore from which to pull a supporting cast.

Werewolves, shapeshifters, and sirens are among those who find a home at Nevermore. It seems like a relatively normal school where those who may be misunderstood in the real world can live in peace. That is until Wednesday arrives.

Wednesday disrupts the peace of Nevermore almost instantaneously, which seems to be her M.O. everywhere she goes. No one seems happy that she’s at the school, not even Wednesday herself. Eventually, she has a change of heart, when people start going missing or worse, showing up murdered. She decides to stay and solve the mystery, along with her trusty companion Thing (Victor Dorobantu). However, the mystery dates back to her parents’ time at Nevermore Academy and when those secrets are exposed, things will never be the same.

The acting in Netflix’s Wednesday

The cast is stacked with many great actors and performances, which made Wednesday a breeze to watch. Jenna Ortega is phenomenal as Wednesday, bringing the perfect balance of offputting and hilarious. She really captures the macabre charm that I remember from the 60s television show as well as Ricci’s Wednesday from the film. Her use of deadpan is perfect and at times her witty quips made me laugh so hard I cried.

Having never seen Ortega in anything prior to this, and a worry that no one would be able to play Wednesday like Ricci, I was wonderfully shocked by how well Ortega did. She easily became my favorite Wednesday and I hope there are more seasons in the works because I am already craving more of Ortega in this role.

Fred Armisen as Uncle Fester is another surprise hit for me too. As much as I loved Armisen in his Saturday Night Live days, he tends to be a more quiet-mannered guy with subtle humor that catches you off guard making you laugh. If you haven’t seen his cameo in Broad City, I suggest you check that out because it perfectly sums that feeling up and is also just a great scene. The energy of Uncle Fester always felt gregarious, like someone who had downed many Monsters and snorted a lot of Pixy Stix. The two didn’t seem to line up in my head.

And yet, Armisen was the best choice for the role. I cannot think of anyone else that could have followed after Christopher Lloyd and done the role justice. Armisen brings calmer energy to Uncle Fester without losing any of the craziness that I’ve come to expect from a role like that.

This Uncle Fester talks in a quieter way but delivers some great one-liners, and his actions resemble the Festers that came before. Wednesday gives more nuance to Uncle Fester, making him less of the comedic relief and more integral to the story than I initially expected. Armisen may not be in the show much, but he’s easily one of the best parts of Wednesday.

Everyone in this show was fantastic in their roles, truly there wasn’t a single person that didn’t feel like their brought their A-game. From the younger students to the teachers, even the rest of the Addams family were excellent. For this aspect alone, I could easily watch Wednesday over and over

The story gets complicated

As much as I loved Wednesday as a series, at times the story became rather confusing to follow. The basic premise is that Wednesday is solving a series of murders that are occurring at Nevermore Academy and the surrounding town. While that seems rather simple, as the series progressed the intricacies began to trip over themselves to get to a proper conclusion.

Beginning in the middle of the series and continuing to the end, Wednesday is trying to figure out who is doing the killing, if their working alone, and what exactly is up with the academy itself. Doing so, she begins to accuse tons of people, with the focus switching quickly from one suspect to the next. It’s during this point that if you tune out at all, you make feel confused about what is going on.

In the end, the story rights itself as the mystery nears its conclusion and it becomes much easier to follow along. At times it reminded me of Steven Moffat’s time on Doctor Who, where the show is excellent, but the story is trying to be smarter than it is. It felt like perhaps the writers didn’t want the audience to figure out the mystery before Wednesday, which in this case, I did not.

Usually, I can figure it out well before the characters in the show, but in the case of Wednesday, I solved it at pretty much the same time. That being said, I don’t think the slight messiness in the middle part of the story detracts from the enjoyment of Wednesday because I still thoroughly enjoyed watching every moment.

Wednesday is a great show for both old fans of The Addams Family and new audiences alike. The cast is fantastic, with nearly everyone giving their all to make this series amazing. Wednesday had big shoes to fill, bringing new life into this long-running franchise, and succeeding in delivering an enjoyable and hilarious series to Netflix. I hope this is just the beginning of Wednesday because Netflix would be crazy to cancel this without at least a few more seasons for fans.

Wednesday arrives on November 23 only on Netflix. Are you planning on checking the series out? Let us know on social media! And if you haven’t already, check out my review on Netflix’s The Munsters! 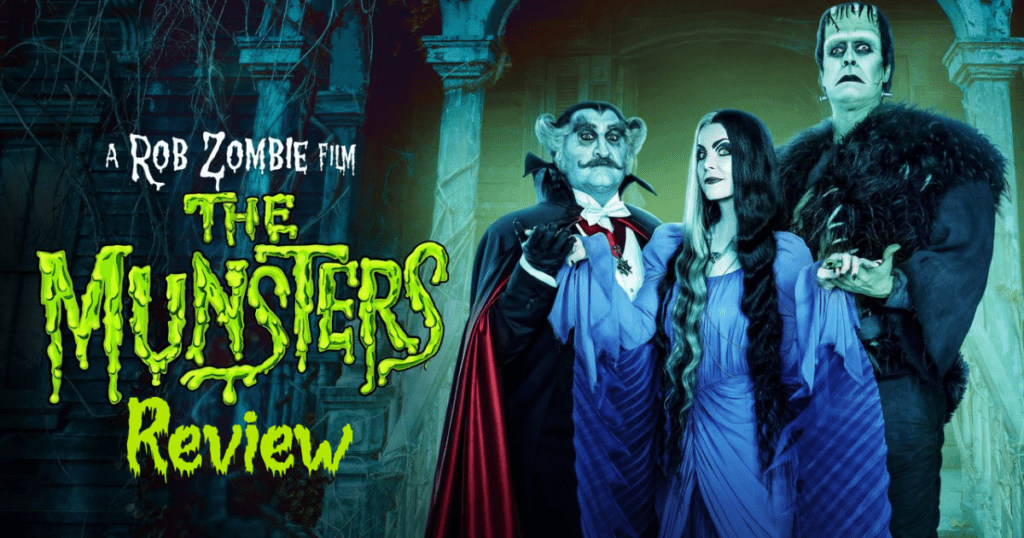