Where do you go when you dream? Do you return to places that bring you happiness with people who make you smile? Do you go on epic adventures and live a life that is unlike your reality? The average human spends approximately 26 years of their life sleeping, which is almost a third of an average life span. During sleep many people dream, processing the stresses of their days, allowing the brain to repair itself. But what if dreaming was more than just a reality inside our heads? That’s the concept that Slumberland explores, with an adventure told partially in the real world but mostly in the land of dreams where anything is possible.

Slumberland is based on a comic strip from the early 1900s, titled Little Nemo in Slumberland which ran for over twenty years. Although the main character Little Nemo got his beginnings in another comic strip, Dream of the Rarebit Fiend, before landing a comic strip of his own; the story has been adapted many times on the stage, screen, and even a Nintendo Entertainment System video game (Little Nemo: The Dream Master).

The Netflix film is just the latest adaptation in this character’s long history, which features a major change for Nemo. In Slumberland, Nemo is genderswapped, played by Marlow Barkley who is joined by Jason Momoa who plays Flip. So is Slumberland worth your time, or will it send you on your own adventure into the world of dreams?

[Warning: light spoilers and impressions from Slumberland are below]

A lost girl in Slumberland

Little Nemo (Marlow Barkley) lives in a lighthouse on a small island with her father Peter (Kyle Chandler) appearing to have a great life. She spends as much time as possible with her father, as well as playing with her stuffed pig, and enjoys hearing the fantastical bedtime stories her father comes up with.

Both Nemo and Peter are whimsical individuals, with the latter portrayed as an adult who is still just a big kid. Their life does not appear to be anything special, but both father and daughter seem happy with what they have. That is, until one morning when Nemo wakes up and her father is gone.

With her father lost at sea, Nemo is forced to move in with her lackluster uncle, Phillip (Chris O’Dowd) who is about as boring as can be. He’s monotone and appears severely depressed. Phillip takes Nemo back to the city, attempting to start a new life, however, Nemo is a real fish out of water. She begins at a school where she doesn’t really fit in. Phillip’s rather spacious high-rise apartment is far from the wooden walls of her lighthouse shack.

She’s also grieving the loss of her father, who was the compass of her entire little life. He guided her, cared for her, and now he’s gone forever. Or at least that is what everyone tells her. One night while she’s in bed, Nemo dreams that her stuffed Pig comes to life and her bed grows legs that carry her back to her old life at the lighthouse. However, that’s when things go from standard to wacky. Nemo stumbles into Slumberland, the flip side of the waking world, where dreams are a reality and anything is possible.

Finding Flip and a bigger journey in Slumberland

It’s there that she meets Flip, a towering Jason Momoa with fangs and horns, who appears as if he just robbed a thrift store. He’s oddly charming with a bit of the swagger of Honest John from Pinocchio. He’s also a self-described friend of Nemo’s father and the individual in all the stories Peter told Nemo before bed. While Flip is initially off-putting, perhaps more so to viewers than Nemo, the two bond as they venture together for the macguffin of Slumberland, some magic pearls.

It would be one thing to search for ordinary magic pearls, but these are magic ones that will grant any wish to the holder. Flip tells Nemo she can see her father one more time when she uses the pearls, which is all she needs to hear to follow this grimy and smelly man through Slumberland in pursuit of them. However, there are other powers at play in Slumberland which makes the journey all that more dangerous and complicated.

Nemo thinks the journey is about finding the pearls, however, the true message of Slumberland is about finding yourself in the face of grief. She’s a lost girl in a land where anything is possible, including bringing back her dead father, all of which is a fine example of escapism when reality is too difficult to handle.

Throughout her journey with Flip, she finds who she is again after a loss, allowing her to interact with the real world in a whole new way. This message makes the film worth watching, even if it takes a bit to get to it.

The good parts of Slumberland

One of the shining parts of this film is the acting of three of the major players in the film. Jason Momoa does a fantastic job playing a role that seems close to who he is in real life. He’s hilarious beyond belief and oozes coolness from every pore in his body. Perhaps the rudeness or harsh aspects of Flip aren’t like Momoa, but I felt him living this role through and through. He felt like he had a lot of fun filming this, which shows in all two hours of this film.

Marlow Barkley was also remarkable in the film, playing a girl grieving the loss of her father. Nemo has so many layers, which shows depending on who she is around. I remember seeing Barkley in an ABC show years back, thinking she was a fantastic actress and Slumberland helped cement that sentiment. If she isn’t on your radar yet, she will be after this film.

Chris O’Dowd was fantastic as Phillip, Nemo’s straight-laced uncle. O’Dowd has limited screen time, with Momoa and Barkley the two real stars of the film, however, the scenes he is in are some of the best of the film. This role is a far departure from his part in Bridesmaids, which is one of the few films I know him from, but as Phillip, he shows just how large his acting range is.

Slumberland is a feast for viewers’ eyes, with wonderful use of color and visual effects to erect a world of endless possibilities. The real world in the film is presented as rather normal, with vast amounts of concrete and neutral tones. One exception is the lighthouse and its island, which felt ripped from the pages of a children’s book.

The world of Slumberland on the other hand is beautiful, with colors leaping off the screen and filling me with awe. The dream worlds were full of details, which create a vast world for your eyes to get lost in. The visual effects are stunning, feeling realistic and dreamlike at the same time. The team who built the world of Slumberland did an excellent job creating some visually appealing scenes that are sure to wow both adults and children alike.

Parts that left me snoozing

As great as the acting is in this movie and the beauty packed into each moment, there didn’t seem to be much else going for Slumberland. Throughout the course of the film, I felt underwhelmed and bored, pausing the film frequently to check how much more of the film I still had to watch. Sure it was a beautiful film to watch, but it felt like it lacked any real substance, even though all the components were there.

I thought the message at the end of the film was extremely lovely and the ending was one of the best parts of the film, I’ll even admit I teared up for a moment. That being said, it felt like I had to trudge through a lot of sludge to get to the heart of Slumberland. With that, the story felt a little all over the place and quite a lot of the humor fell flat for me, which was a shame.

The film has a ton of heart, which is usually enough to win me over. But without much of a pulse to keep it going, it almost didn’t feel worth the time invested. At the same time, I also recognize that all the pieces of a good movie were present, but for me, there was a disconnect in the film that I couldn’t quite put my finger on.

All that being said, I can’t say that Slumberland was an awful movie. In fact, it was a perfect average, okay film. My hang-up is looking at the technical aspects of the film, it was amazing, and it should have been a slam-dunk win for Netflix, but I’m my humble opinion it definitely was not. Parts of it were close, but I also wonder if an adaptation of a comic strip from 100 years ago really lent itself as good material for a feature film. Perhaps it got lost somewhere in translation.

The film may not grab the attention of families with younger children, although there are a few action sequences that they may like, with only one really sticking out in my mind. Slumberland is more of an artistic film, with beautiful backdrops and top-notch acting, if you can make it through it without dozing off yourself.

Slumberland arrives on Netflix Friday. Are you planning on watching it? Let us know on Twitter or Discord. And if you haven’t already, check out our review on The Santa Clauses, another family-friendly offering to watch with your children! 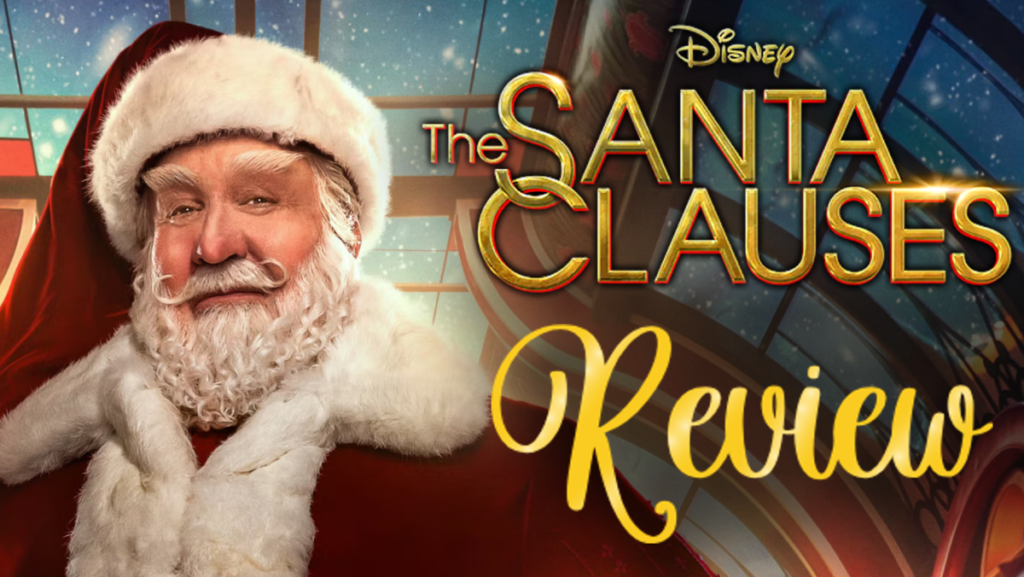