Review: ‘In the Coils of the Labyrinth: An Arkham Horror Novel’ by David Annandale 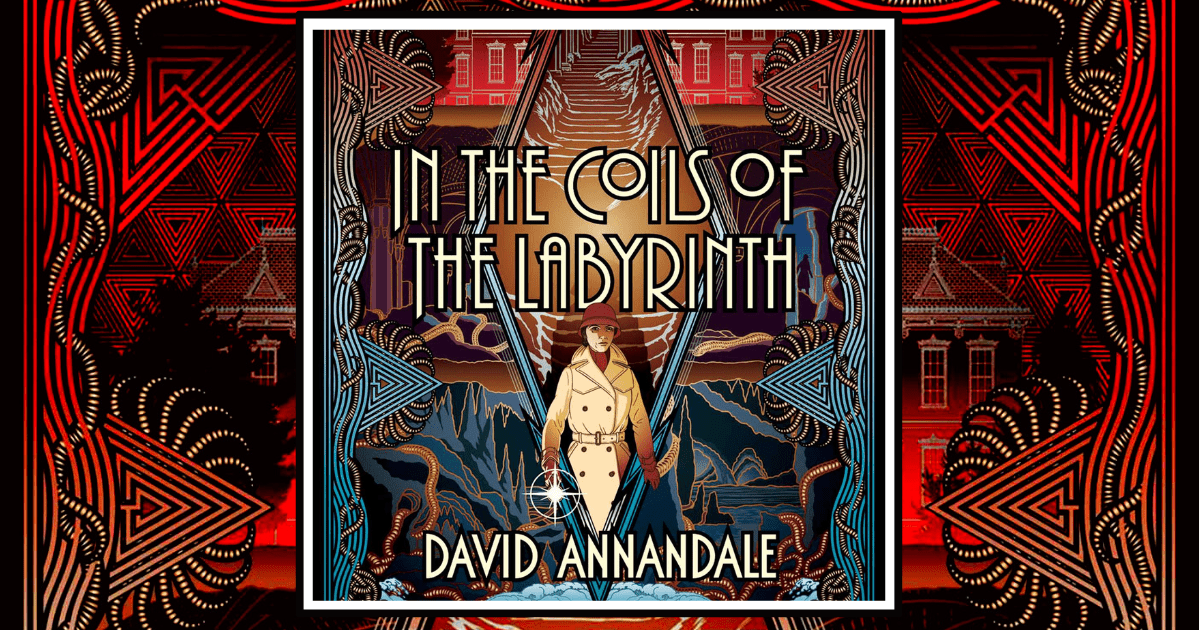 Review: ‘In the Coils of the Labyrinth: An Arkham Horror Novel’ by David Annandale

David Annandale takes us back to Arkham, the center of horror, in his mystery-thriller In the Coils of the Labyrinth. This time Professor Miranda Ventham is caught at the center of an occult conspiracy. Luckily her best friend is Agatha Crane, a parapsychologist who has devoted her life to uncovering and fighting the evil at the center of Arkham. Together they get to the center of the labyrinth and face the evil struggling to get out.

[Note: While I am reviewing this novel independently and honestly, it should be noted that it has been provided to me by Aconyte for the purpose of this review. Warning: My review of In the Coils of the Labyrinth contains some spoilers!]

In the Coils of the Labyrinth – a gathering darkness

There is no denying that Arkham is a hotbed of supernatural activity. In previous installments of the series the evil entities are already at Arkham but In the Coils of the Labyrinth starts off in Scotland as the evil is exported to Arkham. At some point, we may learn exactly why Arkham draws evil the way it does but for now, it’s enough to know that it does. Interestingly enough, our look at Scotland shows us that the evil is headed to Arkham, but it’s more of a spreading than a relocation and the ground there remains tainted.

When the focus shifts to Arkham we meet a very worn-out Professor Miranda Ventham. She’s trying very hard to deny that anything is wrong but it’s pretty obvious that she has the dreaded tuberculosis. Her friend, Agatha Crane is very worried and wants her to go to a doctor but Miranda waits as long as she possibly can to admit she is sick. She dreads the idea of being in a sanitarium, confined to her bed for weeks, months, or longer without even the comfort of books to pass the time (the horror!).

But the night before Miranda is to check into the institute, she has a terrible nightmare. It’s so vivid she’s not sure if it was a dream or something more. Miranda shares her concerns with Agatha when she comes to help her check into the institute. Agatha studies paranormal activity and is a believer, but she is also a conscientious scientist. She listens to Miranda’s story but calms her fears. She reminds her that in an absence of proof they can assume nothing.

Things are not what they seem at the Stroud Institute

Arriving at Stroud Institute brings on conflicting feelings for Miranda. On the surface, Stroud Institute seems like a wonderful place. The nurses are kind and the treatment is progressive. Everyone seems happy and people are recovering. But under the surface, something just seems off. Miranda can’t quite put a finger on it but something is just off. 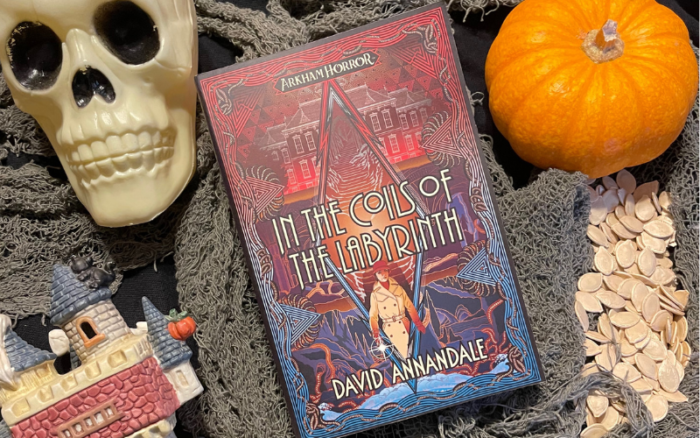 Proportions seem off and the lay-out inside doesn’t seem to quite fit with the facade outside. Agatha mirrors her concern but again suggests discretion and a need for proof. It’s decided that Agatha will investigate the institute and its founder, Donovan Stroud. Miranda will remain in the institute and gather what information she can while trying to recover from her illness.

The deeper the women dive into the mystery, the more obvious it becomes that something is very wrong at Stroud Institute. Miranda continues to have terrifying nightmares that she comes to realize are actually visions. She also begins to see that the nurses aren’t quite as kind and the patients aren’t quite as happy as they originally thought. The institute itself continues to feel like a maze inside. The hallways and rooms never seem to be in quite the right place.

Then a guest speaker, Daria Miracle, poses a question. What is the difference between a maze and a labyrinth? Miranda knows the answer and realizes that the difference is very important to her current situation. You see, a maze has many paths and not all of them lead you to the goal. But a labyrinth has only one path. It may twist and turn but there is only ever one way forward and it will always lead you to the final goal.

Could this be a labyrinth and a trap?

Can the Stroud Institute be a labyrinth? It certainly makes sense to Miranda. But to what point? What is the end goal? Agatha and Miranda both need more information. While Miranda continues to investigate inside the institute, Agatha heads off to Scotland to try to find out more about Donovan Stroud and what drew him to Arkham. What she discovers terrifies even her scientific mind. Miranda, the other patients, and maybe the whole world, are in terrible danger. Can she make it back in time to save them all?

Meanwhile back at the institute, things have deteriorated fast. Miranda has managed to find some very pertinent information but she is doubtful she can act on her own. However, the power of the coming evil keeps her from getting any outside help. Can she defeat it on her own? Does she have a choice, or was there ever only one path forward?

In the Coils of the Labyrinth is high suspense at its best. Miranda’s mind is very sharp and she is very aware of the danger around her. But her body is its own prison. The frustration she feels at her limitations and the ever-increasing pace of events around her creates a terrifying situation for her and us.

Just imagine knowing you have to save not just yourself, but everyone around you, yet being unable to take a deep breath. Sure, the evil one that is threatening in the background is scary, but the real fear factor of In the Coils of the Labyrinth is being unable to take action. Miranda can see and understand everything that’s happening. She can figure out the puzzles before her and conclude what needs to be done. But will she physically be able to do what she needs to? That is uncertain and terrifying.

David Annandale’s thriller checks all the boxes for me. There are well-written, interesting characters. They get into all manner of bad situations that run the gambit from disquieting to terrifying. There is an ultimate evil that needs defeating and the stakes are high for not just the main characters but the entire world.

Annandale also poses some knotty questions: Do we have free will or is life predetermined? Are we in a maze or a labyrinth? And does knowing which it is affect our ultimate choices? The nice thing about the Arkham Horror line is that the books aren’t gory. They draw on psychological fear and tension to make them scary and that makes them accessible to everyone. I think that pretty much everyone can enjoy In the Coils of the Labyrinth and I recommend it for all.

In the Coils of the Labyrinth by David Annandale is available now from Aconyte Books. Have you read the novel? What are your thoughts on it? Let us know on social media. If you haven’t already, check out my other latest Arkham Horror book review, Secrets in Scarlet!