Review: ‘House of the Dragon’ Season 1 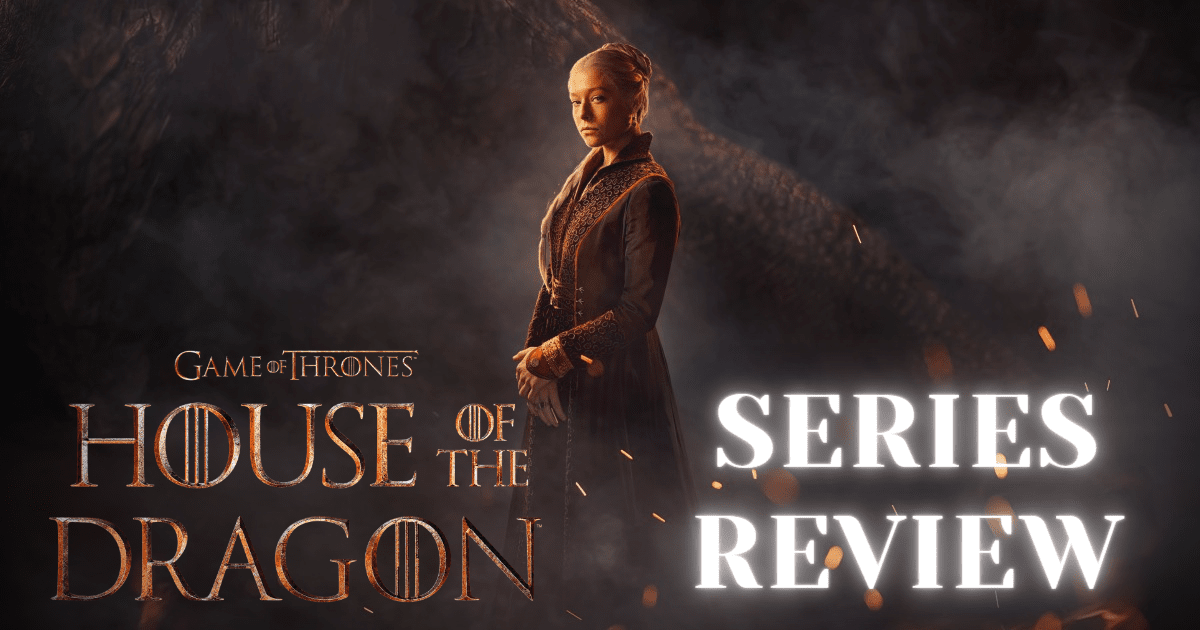 Review: ‘House of the Dragon’ Season 1

HBO’s House of the Dragon season 1 took the world by storm in a way that not even Game of Thrones fans anticipated. The show provides a first-person perspective into the Targaryen civil war, becoming an instant classic in the world of television. House of the Dragon focuses on Daenerys Targaryen and Jon Snow’s ancestors, making sure to connect back to that throughout the season. After Game of Thrones’s fairly disappointing ending, many fans were cautious about how good the prequel series would be.

House of the Dragon was able to launch off the back of its predecessor Game of Thrones. While the show already had millions of fans before the show even launched, it was able to garner a new wave of fans thanks to the hype generated by already-existing die-hards. Many Thrones fans were anxious for any sort of new content, after the final season aired over three years ago. In truth, House of the Dragon was set up for success more so than failure, regardless of the mixed reviews many Thrones fans expressed about the final season of the original HBO series.

With the first season of the show already in the rearview, there is a lot to discuss and process about the “fire and the blood” that graced our screens. Dozens of new Targaryens were brought to the screen for the first time. While fans of Fire & Blood, the novel that House of the Dragon is based on, may know many of these characters already, fans coming in fresh to this show have a lot to catch up on. Essentially the show boils down to a war between the so-called Blacks and Greens. The heads of those two groups are Rhaenyra Targaryen (played by Emma D’Arcy) and Alicent Hightower (played by Olivia Cooke). The first season as a whole is about how this endearing friendship descends into an all-out family-murdering war.

[Warning: Spoilers from House of Dragon season 1 are below!]

As a whole, I believe the Blacks had the more interesting story this season. Mostly due to the introduction of Daemon Targaryen (played by Matt Smith). Daemon provided the closest resemblance to Tyrion Lannister that the audience will see in this story. The wit and humor along the lines of Tyrion are there, but Daemon is a much more sinister character.

We see him commit some fairly brutal acts throughout House of Dragon’s first season. He is essentially the resident troublemaker of the show, it seems as though anytime he pops up some sort of drama ensues. It’s not surprising Daemon is a fan favorite, the character embodies a lot of what Thrones fans originally loved about the show.

Rhaenyra has also become a fan favorite in her own way. The first half of the season detailed a young Rhaenyra Targaryen (played by Milly Alcock) ascending to be the heir to the Iron Throne. I enjoyed the first half of the season, as we got to see a young character grow up from child to her true destiny, along the lines of Arya Stark in a way. The young Rhaenyra actress, Milly Alcock, was radiant whenever she was on screen. Besides Daemon, she was very clearly the highlight of the first five episodes.

It was a bit of a tonal shift when she exited the series and we saw a grown-up Rhaenyra take the reins to the show. Emma D’Arcy does a fantastic job though, with them picking up where Milly Alcock left off providing a seamless transition into a massive time jump. Adult Rhaenyra’s story mainly revolved around securing herself and her kids. The relationship between her and her children was a highlight of the season, creating enormous anticipation for what comes next after the death of her child in the season finale.

Rhaenys Targaryen (played by Eve Best) and Corlys Velaryon (played by Steve Touissant) became official members of team Black fairly late in the season. The result of that is their storylines were fairly minimal this season. They so far have played a background role, providing their son Laenor as a marriage pact with the Targaryens and Rhaenyra. Not much later, Laenor’s death was faked so that he may live freely with his lover Ser Qarl. This allowed for the eventual marriage of Rhaenyra Targaryen and Daemon Targaryen.

After believing that Rhaenyra and Daemon actually murdered Laenor so that they may wed, Rhaenys and Corlys eventually realized that Rhaenyra is actually the safest bet for the realm’s prosperity after the Hightower’s treasonous usurping of the throne. The pact between the Velaryon fleet and the Targaryen dragons poses a serious threat to the Hightower forces in season two.

Alicent Hightower has become one of the more controversial characters in the show. Her character development left much to be desired this season I felt. They only embraced Alicent’s hatred for Rhaenyra in one or two episodes this season.

Season 2 will likely be different, but it feels as though they backtracked on Alicent’s descent into evil to make her more of a gray character. It’s believed that the love that Alicent and Rhaenyra have for each other prevents them from true hatred. This plot is understandable for this season, but will not be sustainable for the entirety of the show. As Rhaenys Targaryen said, knives will come out and the fighting will be relentless, the ending of season one made sure of that.

The truly evil plot was given to Alicent’s father, Otto Hightower (played by Rhys Ifans). Throughout the entire season, Otto orchestrated a way to weasel his family onto the Iron Throne, eventually becoming successful by installing his grandson Aegon II Targaryen on the throne.

Throughout the season, his entire motive has been to overthrow Rhaenyra as heir and pave a way for his family’s rule. This makes his character a bit one-dimensional at times, but at other times truly mischievous. Otto Hightower was able to not only make himself the hand of the king once but twice. Even if written a bit one-dimensionally, it still is impressive to see the character achieve these feats. It shows how experience in the Game of Thrones universe goes a long way for these characters. It’s why characters like Tyrion and Cersei played the long game from the very beginning and made it all the way to the end.

I mentioned to friends while watching the show that Aemond’s claim to Vhagar saved his family. The Blacks could easily destroy the Greens if not for that dragon. Vhagar is the dragon of the warrior Visenya Targaryen, the sister of Aegon the Conqueror. This dragon could single-handedly beat every dragon the Blacks have, besides maybe one or two.

We saw much less of Aegon, proving that Aemond may play more of a crucial role than him in the story. We may see much more of King Aegon in season 2 now that he is the man on the Iron Throne. The question so far is how long will Aegon sit on the throne. That remains to be seen.

Overall Thoughts on House of the Dragon season 1

Overall, I was really pleased with the first season of the House of the Dragon. Game of Thrones is my favorite show of all time, it felt like a piece of my life had gone missing when it ended. The return of Westeros is more than welcomed by me.

What a great story to pick back up with as well, Thrones fans are known for their immense love of dragons and the history of the Targaryens. This show dives head first into the lore and myths of the Targaryens and their dragons. While Fire & Blood has become a very popular novel to read, I have mainly kept myself in the dark regarding it, as it essentially details the plot of the show.

I think the story will continue to be a tragic tale of senseless family violence. It is clear after the end of the season that we are heading toward a bloodbath. This story has been referenced multiple times in the actual Game of Thrones series. Both Joffrey Baratheon and Shireen Baratheon give spoilery-esque details about the Dance of Dragons in the show. Joffrey actually outright tells us the resolution of this conflict, which I will not state in this article. Overall, the story to be told here is how this historic family’s internal conflict is a tragic tale that could have been prevented.

House of the Dragon season 1 is currently streaming on HBO Max. What did you think of Season One of House of the Dragon? Let us know in the comments on social media! And if you haven’t already, check out Luna Gauthier’s book review of Blood & Fire!