Review: ‘House Of The Dragon’ Premiere 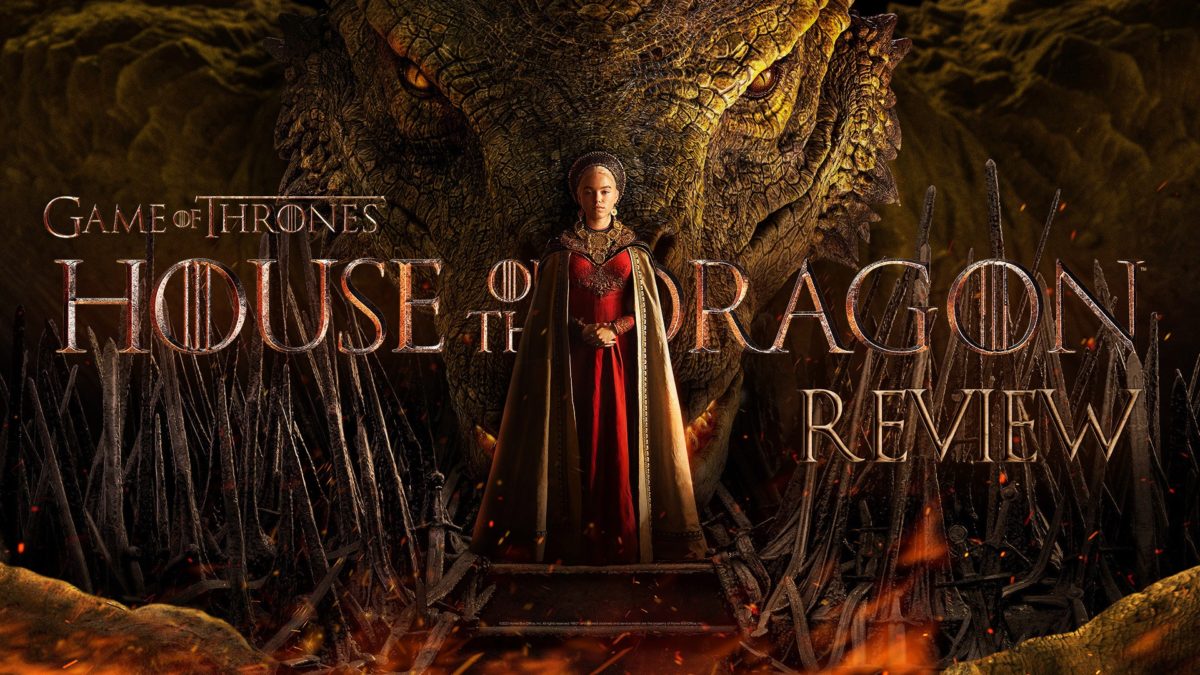 Review: ‘House Of The Dragon’ Premiere

House of The Dragon premiere episode gives a pompous return to Westeros, but with a bit of a stylistic shift from its predecessor. After 3 and a half years, Game Of Thrones finally has returned to us, only this time audiences were transported to 172 years in the past.

The show focuses on Daenerys Targaryen and Jon Snow’s ancestors from centuries ago, at the height of the Targaryen dynasty. The first episode is riddled with silver-haired Targaryens played by the likes of Paddy Considine, Milly Alcock, and Doctor Who’s Matt Smith.

The show shifts slightly in style, the King’s Landing we see here clearly takes place in a different time in Westeros. It almost has a fresh but ancient feeling to it, as if the King’s Landing we are accustomed to in Game of Thrones represents a more run-down version of the city. The architecture is spry and impressive, likely to show the audience how different the times are in this show. Compared to season one, it is evident the budget is seismically larger.

[Warning: Spoilers from the House of the Dragon premiere episode are below!]

Breaking down the House of the Dragon premiere

The episode opens up with the old king Jaehaerys Targaryen proclaiming Viserys Targaryen (Paddy Considine) his successor over Rhaenys Targaryen (played by Eve Best), hinting at the “Queen who never was” title Rhaenys comes to gain.

Surprisingly the show leaves us with no breathtaking opening credits sequence, only a brief shot at the Targaryen sigil before opening up the episode. Viewers get a very quick first look at the dragons in this show. Rhaenyra Targaryen (played by Milly Alcock) rides the dragon Syrax, while the very familiar Targaryen theme roars in the background.

Like the first season of Game Of Thrones, House of The Dragon is very clearly planting the seeds of a much larger story. In many ways, season one of Game Of Thrones feels like a prologue to the entire show. I once again get the sense the first season of this show will follow suit. King Viserys feels very much like the Ned Stark of the show, an honorable man with no awareness of the plots that are occurring around him.

In comes the witty Daemon Targaryen (played by Matt Smith), the disgraced brother of King Viserys. Daemon reminds me a bit of season one Jaime Lannister, just a bit more sinister off the bat. I get the sense this is a character that will develop a great deal of character growth throughout the show. Game Of Thrones always had a knack for giving certain characters great arcs of maturity, something I expect to see here.

Daemon’s appearance in this episode mainly revolves around his duty as Commander of the City Watch, introducing us to the origin of the term “The Gold Cloaks”. Daemon strives to induce a great deal of fear in the city, to keep the law and order amongst the people of King’s Landing. He goes to great lengths to achieve this, spending a night removing the limbs of criminals in the streets, something that does not win the favor of King Viserys’s small council.

There is a very specific conflict between Daemon and Hand of The King Otto Hightower (played by Rhys Ifans). Caught in the middle is King Viserys, having to choose between his own brother or his Hand. This plot plays out through the episode, giving us moments where Viserys sides with both Otto and his brother Daemon. The rivalry between Otto and Daemon is very clearly something that will spew into the larger story and will be something to keep an eye on throughout the season.

Little focus was put on the two main characters of the show in this episode though, as Rhaenyra Targaryen and Alicent Hightower (played by Emily Carey) had less dialogue than I thought. The show does a fine job establishing their friendship though, giving us multiple scenes where the two bond and we get a glimpse at how close their friendship is.

The first episode mainly takes place in an earlier time in the story though, so the adult versions of Rhaenyra and Alicent have not yet appeared in the show. The relationship between the two will also be another key storyline to develop throughout the season as well.

The show very much so feels tonally different from Game Of Thrones, might I even say a more mature version? The show clearly knows what the fans enjoyed and did not enjoy about Game Of Thrones.

Once again, episode one has tonal similarities to many aspects of season one of Thrones. The show does lack Littlefinger and Lord Varys-like characters as well as a Tyrion-like character, which was a bit disappointing. The audience cannot expect this show to be a complete remake of its predecessor though, and it is clear the show understands that.

Final thoughts on the House of the Dragon premiere episode

While there are an insurmountable amount of positives from the first episode, there are a few negatives. King Viserys did not necessarily impress me based on this episode alone, I expect him to be gone by the end of the season, as he feels a bit like a less charming version of Ned Stark.

While some reviews went way overboard with the description of a lack of Tyrion-like characters, I do not feel like a Tyrion-esque character is necessary for this show. Though I will say the episode severely lacked an ounce of humor, which may become concerning to audiences at some point.

Overall, HBO has another hit on their hands here. House of The Dragon will likely win back a majority of the Thrones fanbase. The characters are charming, the dragons are awesome, King’s Landing is back in full force, and many fans will rejoice over this.

The land of Westeros has been gone from our lives for far too long and I am more than glad to see it return. While looking at the show from a critical point of view, I couldn’t help but brim with joy over the return of my favorite fantasy land. I look forward to tuning in every Sunday on HBO from here on out.