Review: HBO’s ‘The Last of Us’ Premiere Review: HBO’s ‘The Last of Us’ Premiere

HBO’s The Last of Us series is easily one of the most anticipated video game adaptations of the last decade. The game is an undeniable success that still remains fresh. Adaptations of wildly popular video games rarely seem to capture the magic and success of the game. Has this TLOU series fallen into the same pitfall, or does it succeed where so many have failed? Read on for my thoughts on The Last of Us premiere episode.

The first thing that should be clear before you sit down to watch The Last of Us is that it isn’t a 1:1 adaptation of the game. Of course, there are a few similar scenes, but they’re variably altered to fit the live-action version. Neil Druckmann and Craig Mazin also created new scenes to delve deeper into the events, relationships, and decisions made. This allows viewers to sink into the story and have a better connection with the characters. The creation of such a series must be very meticulously thought out, and watching the first episode I feel that the creators, directors, cast, and the entire team know what they are doing.

The first scene shows a 1968 TV debate about viruses, where scientists (John Hannah and Christopher Heyerdahl) talk to a talk-show presenter (Josh Brener) about pandemics and how humans will always defeat them. One scientist argues that explains that fungus is the biggest enemy. They talk about how global warming and people becoming reckless will allow fungi to evolve, not just surviving but thriving in such a world, eventually spreading and controlling people. This is one scenario where people lose to viruses. This prologue alone is the perfect description of the entire zombie pandemic in the series for viewers who have never played the game and may have questions about how it all happened.

Day 0 in the series happened in 2003 not like in the game in 2013. Viewers are introduced to familiar characters such as Joel (Pedro Pascal), Tommy (Gabriel Luna), and Sarah (Nico Parker), who lead normal lives in Austin, Texas. Sarah’s a student, Tommy is a problematic uncle, and Joel tries to do his best to take care of his daughter, but sometimes she’s the one taking care of him.

What’s really great is that we get a brief introduction to their lives on the same day as the virus outbreak, and it takes about 30-35 minutes of screen time. This is another decision that allows people to get to know these characters a little more and care about their fate. After a few father-daughter scenes with Sarah and Joel comes the moment when it all begins.

The apocalypse and total chaos, along with the feeling of being overwhelmed by that chaos, have a big impact on both the characters and the audience. We see destruction, dead people, and the military trying to shut down the entire area, just to get the situation under control. It has such a tragic effect on the whole situation and when that one main moment comes up, which I won’t reveal for people who have never played the game, you know it’s real for the characters. The entire situation is very emotional and it’s near impossible to hold back the tears.

After an introduction to the origin of this apocalypse, the series jumps 20 years into the future. We see Joel and Tess (Anna Torv) who live a complicated life in Boston, Massachusetts. They are really damaged people, living just to live, without any additional purpose in their lives. That changes when, while trying to collect their payment, they run into Marlene (Merle Dandridge) at the Fireflies base. She tells them they can have what they want, but only after they transport Ellie (Bella Ramsey) to one of their bases in the West.

Ellie is the same cocky, sassy, jerky teenager we know from the games, and I have to admit that Bella Ramsey is really good in this role. The episode ends with an iconic shot of two skyscrapers familiar from the game, which is one of the places players always recognize.

The chemistry between all these characters on-screen is clear, especially after the events of Day 0. Pedro Pascal as Joel is a perfect nod to Troy Baker’s version from the game, giving us the exact same character we love, but adding something to Joel to make it his own. The same goes for Bella Ramsey and her performance as Ellie. Each of the characters introduced in the first episode giving splendid introductions with the addition of something new to make them more mysterious, allowing viewers to learn more about them.

Showing viewers additional elements not seen in the game really helps, especially at the beginning, where we see many new moments and improvements on others. The visual effects of the zombies and all the disasters in the prologue are incredibly real looking. Finding a way to enhance and make it even sadder is something that the entire VFX team deserves a big round of applause for, as well as the people who worked on the sets.

If that weren’t enough, the magnificent score composed by Gustavo Santaolalla shows us everything that the game version did. A feeling of fear, depression, and struggle for survival, but with flashes of goodness, hope, and reasons to live.

The very first episode of The Last of Us is proof to gamers that an excellent live-action interpretation can be made and you don’t have to wait until late in the season or series to see that it was worth it. It is worth it from the first seconds of the premiere. I’ve been waiting for this series since the day it was announced, and I’m really looking forward to the next episodes, because I’m sure they’ll be as fantastic as this one, or maybe even better.

HBO’s The Last of Us premiere episode is now available to stream on HBO and HBO Max, with new episodes arriving weekly. Did you like it? Let us know on Twitter and our Discord channel. And if you haven’t already, check out our video review of The Last of Us from The Cosmic Circus’ Youtube Channel! 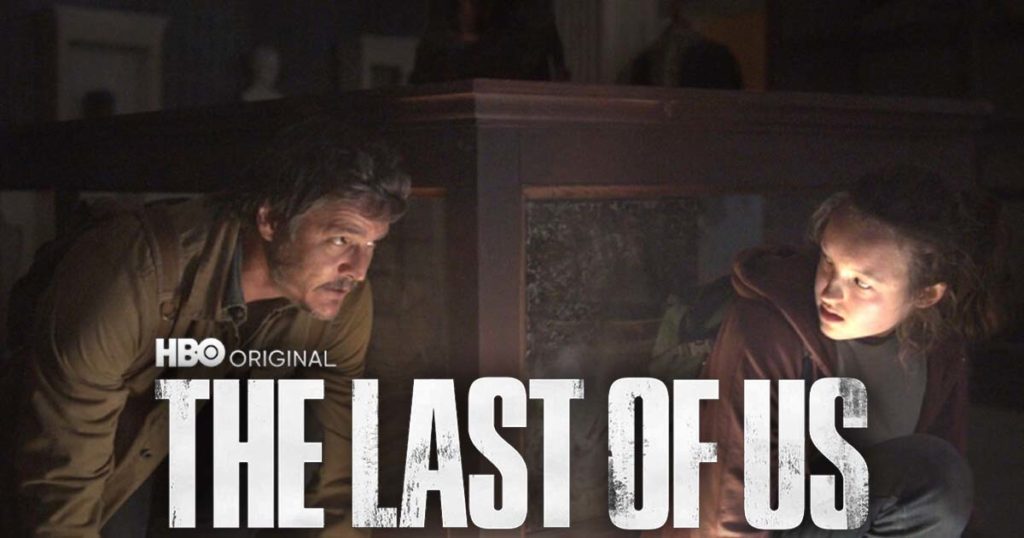