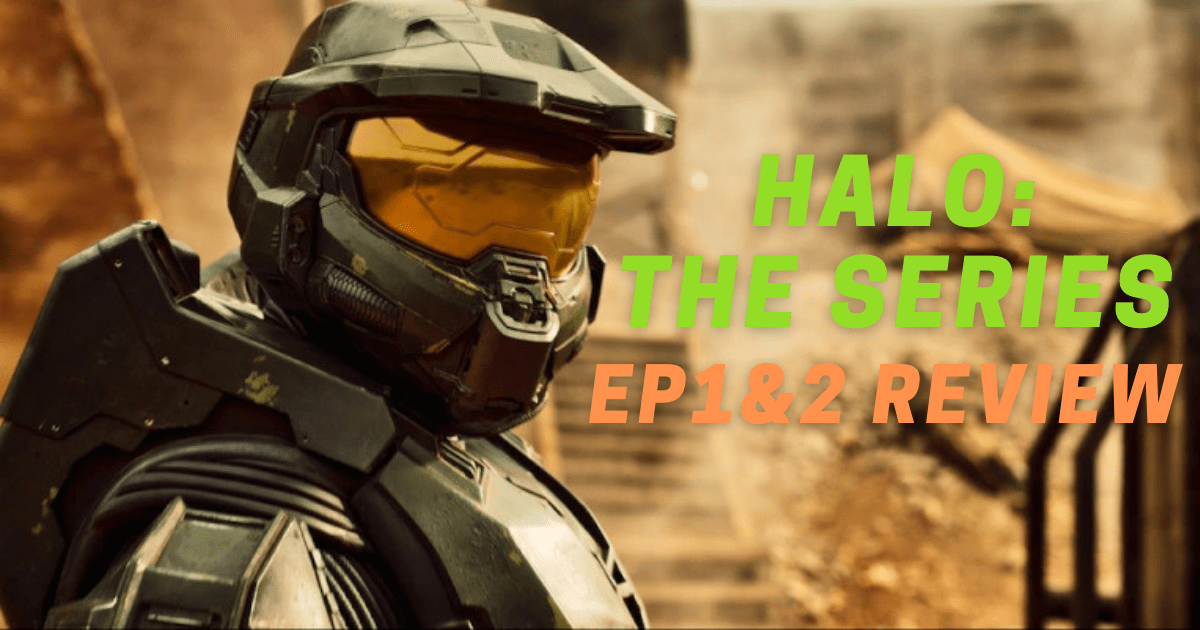 Well, Halo the Series is here or will be, shortly. I did manage to watch only two episodes of a 9 episode run so that caught my interest from the press email that they were holding the rest of the show close to their chest. Knowing in advance that it is set in an alternate timeline from the mega-franchise and its numerous game releases is vital, this is not really the Master Chief you’ve known for over 20 years.

For the hardcore fans of the lore set over the years and games, this one is going to be a big departure. Something I can already see fans being up in arms about is the amount of time the Chief spends with his helmet off (episode 2 had more time with it off than on).

In a tense and action-packed opener, we do get the awesome points of view from Master Chief’s helmet giving us that First Person Shooter perspective that Halo helped champion into the 21st century. Other smaller nods such as the shields breaking, a heads-up display with remaining ammunition/grenades, and the famous chant sampled in the theme song won’t go unnoticed by even the most passive of Halo fans.

Pablo Schreiber as Master Chief does what he can in showing an emotionally stunted John-117 and delivers with the sometimes drawn-out dialogues. Yes, his suit looks good but sometimes the CGI suffers in regards to everything else around him. The Elites from a distance came off more as blobs, but when in close up, the aliens themselves do have a better level of detail – the same could be said for the Prophets (the designs themselves are good, it’s the final product that is lacking).

When Master Chief makes a return to the planet of Reach, the whole sequence had the weirdest lighting that gave me more of a comedy sketch room rather than a militaristic space epic of a beloved franchise. I do have some smaller concerns about how the action sequences will appear if this is what is given in the first two episodes.

The non-super-human characters do carry most of the work, namely Yerin Ha as Kwan Ha Boo, the daughter of a rebel general who was working against the UNSC and the Spartans. Incidentally, Kwan comes under the Master Chief’s care which causes him to do something unprecedented in disobeying his direct commands. This is made more intriguing by the natural inclusion of Dr. Catherine Halsey (Natascha McElhone) who while having John-117 as a primary issue is equally plagued by committees and admirals asking her to back off of the Cortana project.

Often the UNSC big wigs will mention the sensitivity in handling the Master Chief, as they note, he is the best they have and the symbol of the war efforts. They highlight her illegal cloning efforts which will be key to the success of Cortana. Then we have an interesting antagonist in Makee (Charlie Murphy) who was kept mysteriously without much backstory. If any storyline makes me want to keep watching, it would be Makee.

Early on, Master Chief comes in contact with what seems to be a Forerunner artifact or relic. With some of the other promotional materials and trailers I’ve glanced at, it wouldn’t surprise me to see the Flood make an appearance this season as well.

The story itself does seem interesting even if an offshoot from the main canon. However, knowing they’re working already on a season 2 and potential season 3 does leave me with questions on how much this first season will contain itself.

Halo the Series begins releasing episodes on Paramount+ starting March 24th, check out the trailer below!