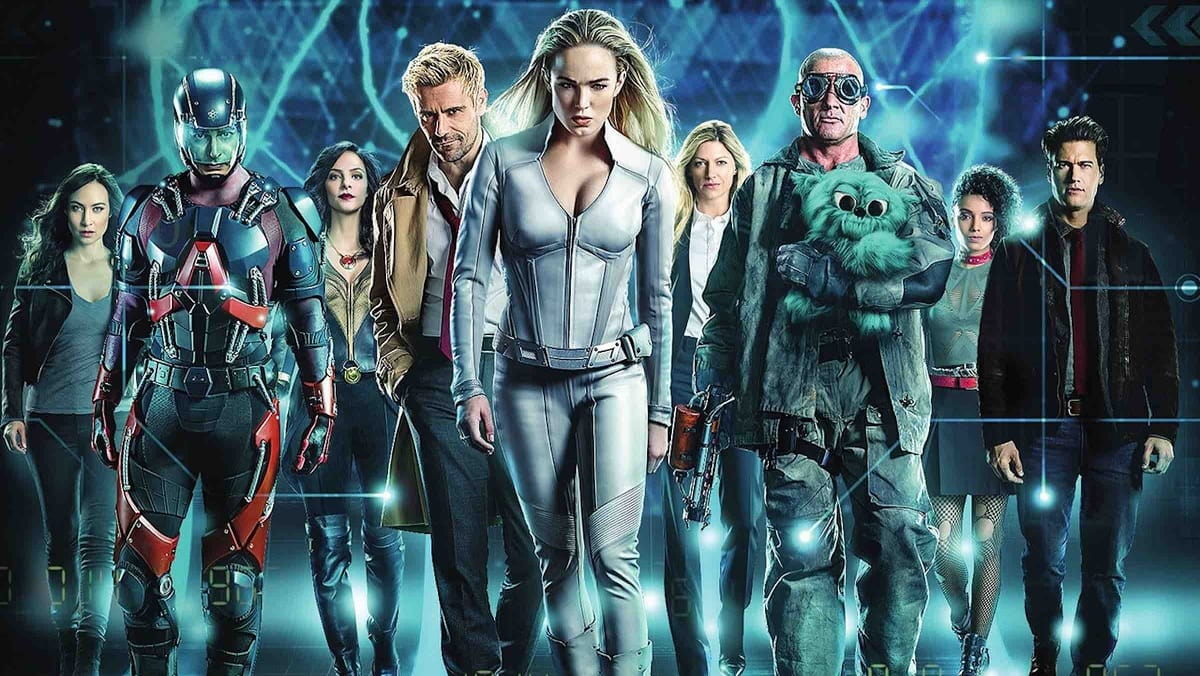 With the last season’s finale of Legends of Tomorrow airing just over a month ago on September 5th, it feels odd that season seven is already premiering. Although, much like the small time gap between the two seasons, little time had passed in the show as well. Season seven picks up a day later, with the Legends stranded in 1925 Odessa Texas. The Waverider is in many pieces after being shot and exploded by a second Waverider that vanished just as fast as it appeared.

Spoilers for the season seven premiere of DC’s Legends of Tomorrow is below!

It wasn’t long though before Ava (Jes Macallan) remembered that every time ship was fitted with an emergency box by the Time Bureau. A mission that leads to our Legends to split up quicken the search. This part of the episode felt slow and slightly tedious to watch, though there were a few stand-out moments. The first was the scene between Zari (Tala Ashe) and Behrad (Shayan Sobhian) who share a touching scene about Zari’s grief of the loss of John. Or at least how Behrad thought she should be handling grief. As well, the scenes of Sara Lance (Caity Loitz) calming Ava made me incredibly happy. It was nice to finally see the two of them happy, even if it is during a stressful time for the team. As well, the circus rule in the Time Bureau’s handbook made me chuckle, though too much time was invested in that storyline for it to go nowhere.

Olivia Swann gives an excellent performance as Astra Logue. Throughout the entire episode, Astra battled with her own grief and the legacy that John Constantine (Matt Ryan) left in the wake of his death. Her grieving process felt more natural and nuanced than some of the others. Specifically, Zari, who felt cold and separated from the loss of her boyfriend. The scene where Astra attempts to reconstruct the destroyed Waverider was one of shock and sentiment. The CGI and effects were beautiful as the scene flowed seamlessly. I was practically jumping in my seat in hopes that Astra could easily solve the Legend’s problem. However, you could see the layered emotions of anger, sadness, and disappointment in herself as Astra starts to fail and blood drips from her nose.

The legacy of John was one of always having a magical solution to any Earthly problem. Something that doesn’t seem possible just yet for Astra. Having lost her powers last season, she’s in the early stages of gaining them back. Just from this small tidbit of Astra’s story in this episode, I am most excited to see where she goes. Both with her magic and as a person. And I believe her friendship with Spooner (Lisseth Chavez) will have a monumental part in that.

For any lack of momentum and energy in the first half of the episode, the second part is well made up for. It started the moment that the Legends determined they had to travel to New York to find Dr. Gwyn Davies, a new role for Constantine actor, Matt Ryan. A scientist who laid the groundwork for time travel. Along the way they adopt bank robber identities, which creates many funny situations for the crew. However, the episode ended in two major shockers. One is the creation of flesh and bone Gideon (Amy Pemberton), an effect of the spell Astra used to rebuild the Waverider. Though it needed the final word of the incantation to occur. Even though I knew this moment was coming, as it had been revealed at Comic-Con, it still was shocking to see it happen on screen.

As for the other event, I am afraid I can’t spoil that because it is something that must be experienced on screen for the first time. However, the ramifications of what happened in Sara, Nate, Ava, and Behrad’s final scene will be huge. Something that if the Legends don’t do something quick, the timeline will be forever changed once more.

As far as season openers go, it was enjoyable. However, with the finale of season six being so close, it truly felt like part two of a bigger story, which left me disappointed at first. I enjoyed the back half much more than the first, and the ending made me want more. The wait between episodes will be difficult. For those who watched the episode, what did you think of the two final moments? Were you as shocked as I was? And how will the Legends get out of this pickle?

DC’s Legends of Tomorrow airs Wednesdays on The CW, and the next day on The CW App.