David Bruckner’s Hellraiser has finally been released on Hulu. In the midst of the confusing and cluttered TEN previous entries that bear the name Hellraiser, Bruckner’s film stands entirely on its own as a re-imagination. Going back to Clive Barker’s source material to build something new of his own, Bruckner succeeds on nearly every level, leaving very little want for more.

[Warning: Spoilers from David Bruckner’s Hellraiser are below!]

The story of David Bruckner’s Hellraiser

At the center of Hellraiser’s story is Riley (Odessa A’zion), a 6-month sober recovering addict. Living with her protective brother Matt (Brandon Flynn) and his boyfriend Colin (Adam Faison), she still struggles with her sobriety in the presence of her new boyfriend Trevor (Drew Starkey). After talking about needing some money, Trevor offers the chance to break into a warehouse and steal some goods to sell. But when they get inside the warehouse, only a strange box sits inside.

The thematic throughline in Clive Barker’s Hellraiser stories is the dichotomy between pleasure and pain. Having Riley be a character who struggles with addiction is a brilliant return to that dichotomy. The idea of addiction being something that might bring pleasure at the moment but cause pain in the future is a smart elaboration on that longstanding theme.

Riley and the Cenobites

Riley is an incredibly sympathetic character. Her relapse leads to the disappearance of her brother at the hand of the Cenobites, and she spends the rest of the film trying to get him back at whatever cost. The relationship between Matt and Riley is one that might hit too close to home for some. Matt clearly wants what is best for Riley but that protectiveness occasionally gets a little over-protective and only proves to drive Riley further away. It’s tragic enough as is, but the way their relationship ends proves to make it that much more painful.

The Cenobites, led by Jamie Clayton as The Priest (aka Pinhead), are better than ever. Not only in the way they are objective – being entire “you asked, we answered” antagonists – but in the way they are visually portrayed. Retiring the leather-clad look from the previous iteration for something more brutal. Skin peeled off their body, tacked into shapes that resemble clothes. Practical defilements to humanity. Beautifully ugly and infinitely fascinating. My only complaint is that camera didn’t take a little more time lavishing in their incredibly well-done designs.

Top to bottom, the visual choices made by Bruckner and co. are incredibly appealing. Giving the entire film soft lighting, with no distinct choices is pretty boring. But when the Cenobites come to take their victims, the light from their world seeps through. It’s as though the light of a moon is reflecting off of the top of a body of water, with the beams washing over the walls and moving in different directions.

The choice to do so much of this fantasy horror film with practical effects makes it that much more stunning. When the Cenobites begin to make their way toward their victim, their arrival is marked by the way the world transforms around them. The floor of the ground shifts like blocks in a puzzle, opening up into a world below. Or the doors of a van slowly move backward and reveal a corridor in another dimension.

The one rather understated issue with Hellraiser is the structure of the story. By about halfway through the story we’ve arrived at the location the final act will take place in. Not that nothing is happening or that the story is completely stalled, but when the characters are running in circles around the same estate for the entire final hour of the movie, it starts to feel a little stretched.

Hellraiser is a stripped-back barebones reimagining of a long-struggling franchise. But the way that it reimagines certain things makes it almost more exciting in a foundational sense. The iconic Lament configuration is no longer just a puzzle box that summons the Cenobites, but a slowly evolving key to summon a wish-fulfilling god. Hellraiser is simple, fresh, exciting, and scary and I really hope we get more.

Hellraiser is now available on Hulu. Have you watched the film yet? Did you feel like it was a decent adaptation of the original? Let us know on social media! And if you haven’t already, read Vin’s review of Marvel Studio’s Werewolf By Night!

Werewolf By Night Review: A timeless Tale of Terror 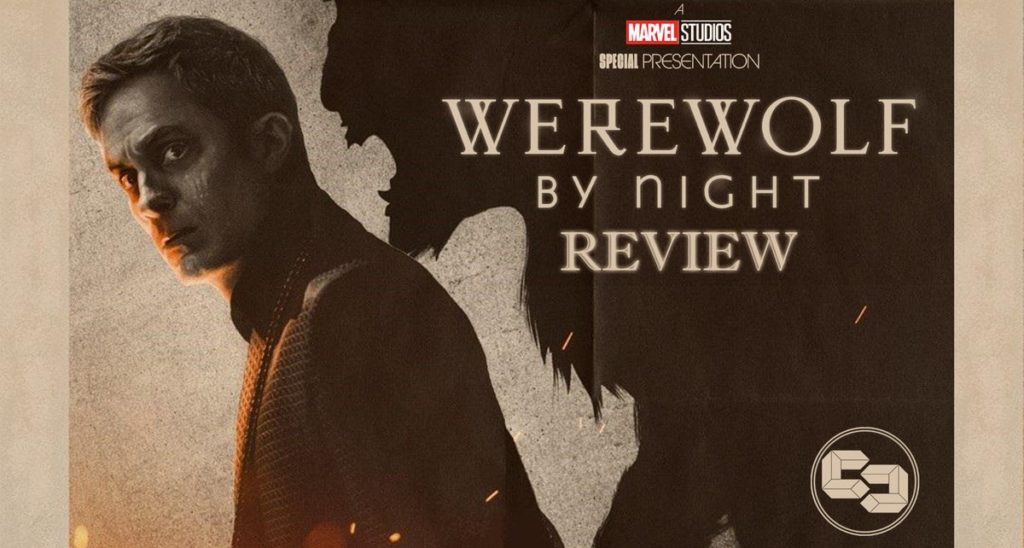