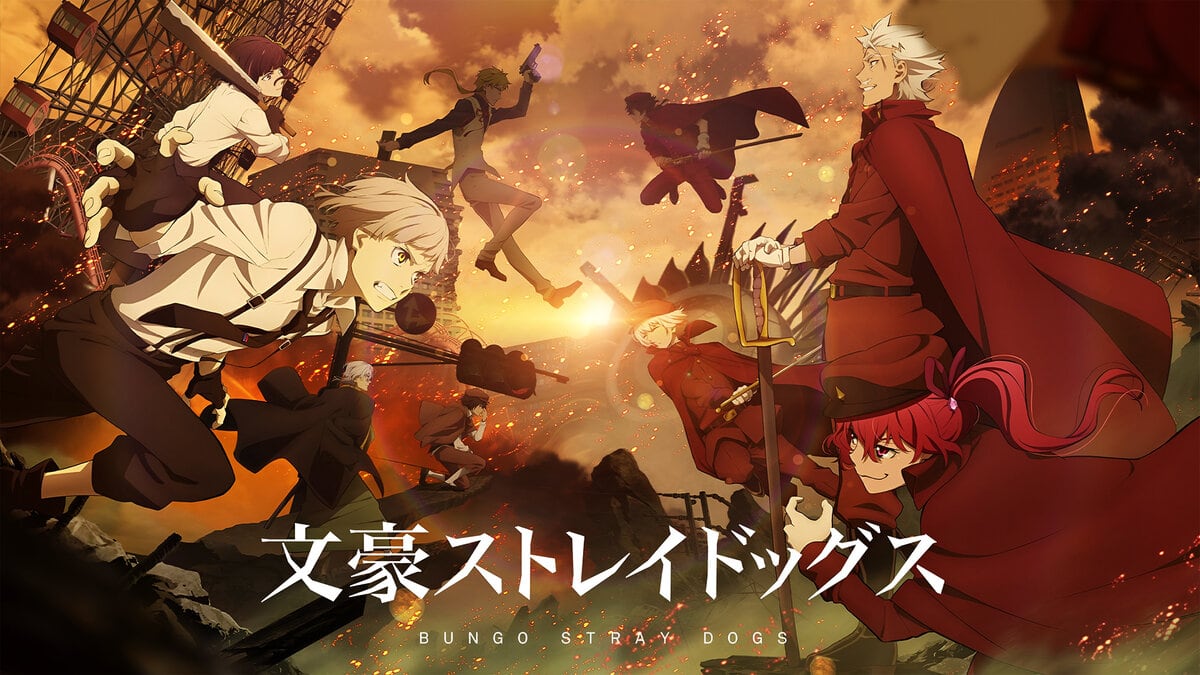 Bungo Stray Dogs has been one of the most highly-rated anime adaptions in recent times. Since its premiere in 2016, the series has been praised for its creative storytelling and incredible worldbuilding.

The series follows the members of the “Armed Detective Agency,” a group of detectives with supernatural powers. Most characters are based on real-life authors throughout history, with the titles of their real-life works as the name of their abilities. Throughout the series, they use their powers to solve cases and protect the city of Yokohama from forces threatening the world’s balance.

It’s been over three years since the finale of the third season of Bungo Stray Dogs. Since that finale, fans of the popular anime series waited for Bones Inc. to develop the 4th season of the show, with the studio releasing a spinoff, Bungo Stray Dogs Wan!, in the interim.

But now, after a long wait, the series has finally returned. Is it everything fans have been waiting for? Was the long wait worth it? Let’s explore that and more in our review of the Bungo Stray Dogs season 4 premiere.

The Lone Swordsman and the Famous Detective

The third season showcased the backstory for one of the secondary antagonists in the series, Chūya Nakahara. However, the fourth season takes on a new angle for the backstory. And in true detective story fashion, the season kicks off with a murder.

Before becoming the president of the Armed Detective Agency, Fukuzawa was a bodyguard for multiple high-rank clients. We learn in the opening minutes that one of his clients, the president of a company, was murdered by being pushed out a window.

When he investigates the crime scene, Fukuzawa finds the president’s secretary organizing some papers while informing Fukuzawa that the security guards have captured the assassin. When Fukuzawa asks to meet the killer, he finds that the apparent culprit is none other than a young Sakunosuke Oda (Odasaku).

Shortly after, Ranpo Edogawa enters the room, asking the secretary about an interview he had with the president of the company for a job and a work permit. The secretary takes offense to Ranpo’s rudeness, to which Ranpo then responds by claiming that the secretary is the real killer of the president.

After stating his deduction and explaining that Oda, Oda retaliates by escaping from his entrapment and killing the secretary before escaping. Following that, Fukuzawa and Ranpo head off and work together on a mission that will set up the current timeline of the anime.

The Untold Origins of the Detective Agency

Bungo Stray Dogs’ fourth season’s premiere episode kicks off a manga arc called “The Untold Origins of the Detective Agency.” The events of this story cover how the Armed Detective Agency was formed and how Agency’s president, Yukichi Fukuzawa, and Agency’s first member, Ranpo Edogawa, first met. So we can expect the next two to three episodes to focus on that story.

We also know that the season will tackle the Aftermath from the final arc of the third season and the Hunting Dogs arc from the manga.

In an attempt to be slightly more distinct from previous seasons, the vast majority of the episode was portrayed in greyscale, showcasing only very few moments in color. The animation style and choice look as fluid as ever.

However, the show remains, at least from my perspective, one of the least talked about animes in current times. This season has the chance to raise Bungo Stray Dogs’ popularity and elevate it to a more mainstream appreciation.

The first episode for Bungo Stray Dogs season 4 is available on Crunchyroll, as well as the previous 3 seasons and the Dead Apple movie. Have you watched the previous seasons of Bungo Stray Dogs? Do you plan on checking out this current season? Let us know your thoughts on Twitter or in The Cosmic Circus Discord! Also, if you’re looking for more anime to watch this new year, check out our recommendations here.