Andor’s season finale is here and what a ride it’s been. This show surprised me every week with how complex and intertwined the story became. I loved that we got to see a gritty and darker side of  Star Wars. Andor showed just how manipulative and vile the Empire is and sends the message that anyone can stand up to tyranny. For a recap of what happened earlier in the season, check out our three-episode premiere review!

[Warning: Spoilers for Andor’s season 1 finale are below!]

My thoughts on the Andor season 1 finale

The first 11 episodes set up so much but the finale itself felt a little empty. I almost forgot why everyone was going to Ferrix. There was so much built up to everyone coming back for Cassian (Diego Luna) but that mission felt very unimportant to me. Everyone and everything felt overshadowed to me because I was focused on Cassian rescuing Bix (Andria Arjona) and getting out.

I did like that even though Cassian was the reason the Empire was on Ferrix, his friends still believed in him. Brasso (Joplin Sibtain) still looked out for him and was willing to risk everything to cause a distraction so Cassian could save Bix. Their belief in him was shown again when they were escaping and Bix said, “Cassian will find us.”

Now that Luthen’s (Stellan Skarsgård) group is gone, I hope the reason Cassian came back to him was to start the Rebellion for real. They both saw how people fought against the Empire occupying Ferrix. They are confident enough that others will take a stand. I think Cassian is more determined to hurt the Empire now that he’s seen what they’ve done to his friends and home.

I also liked that a lot of these characters crossed paths without knowing each other. When Luthen, Dedra (Denise Gough), and Syril (Kyle Soller) were all in the same vicinity it felt surreal. It was a very anxious moment because I could tell Luthen recognized Syril, but Syril only knows Luthen’s voice. If Luthen had said anything Syril absolutely would’ve gone running to Dedra in hopes of arresting Luthen.

The end-credit scene was chilling. Now that we know Cassian and the others were building parts for the Death Star in prison it makes his mission even more meaningful. It also felt like a reminder that even though Cassian feels like an isolated character he does connect to the larger Star Wars world.

Diego Luna is quickly becoming one of my favorite Star Wars actors. I love that he was willing to come back to the franchise and add to Cassian’s character. I enjoyed watching Cassian grow into the character we love from Rogue One and I can’t wait to see his performance next season.

Joplin Sibtain who plays Brasso was a standout in this episode. Brasso stepped up from a side character to being front and center. His line delivery is incredible when talking about Maarva and how he would take care of the funeral.

Another aspect of the show I love is the score Nicholas Britell wrote. At some points during filming, the orchestra was on set performing the score which helped the actors really get into the vibe of the scene. The funeral music was my favorite. It showed Ferrix’s traditions bringing people together while also serving as a battle march.

All season Cassian has seen that he can no longer keep his head down and care about himself. On Aldhani, he was very unsure of the team Luthen put together. Cassian wasn’t used to teamwork and it didn’t help that Skeen (Ebon Moss-Bachrach) ended up having an ulterior motive after the money was stolen. Being on Narkina 5 showed him that when people come together and fight back it’s possible to win.

I liked that Cassian’s grief about Maarva’s (Fiona Shaw) death drives him to return to Ferrix. But Nemik’s (Alex Lawther) manifesto seemed to be the last push Cassian needed to fight back. Nemik dedicated his life to that first rebel cell and truly believed in their cause. He died for the Rebellion so having Cassian finally read Nemik’s manifesto before going to save Bix and the others felt sentimental.

When it came time for her funeral Maarva being the inspiration for the people of Ferrix to rise up and fight, it felt very fitting. The fight at the funeral felt like a choosing sides moment that would seal a lot of people’s fates.

For instance, Syril chose to save Dedra and chooses to side with the Empire. He wants to go after Cassian for revenge and Dedra is the only person that can help him. He wants to be part of the ISB, that’s what he saw himself as when he was just a Deputy Inspector. Syril is all for the force that the Empire uses to try and create order. To him, Cassian is the biggest threat and he has to be the one to fix it.

Going forward I think Syril will start working at ISB under Dedra. I think she is going to end up using Syril for their cause. And Syril will follow her orders blindly until it’s too late for him to realize he is just a pawn.

Learn more about Syril Karn from Kyle Soller in this inside look!

Mon Mothma’s story is one of the most interesting out of everyone we have met in Andor thus far. From her first appearance in Return of the Jedi to now we have learned so much about the Chandrillin senator.

Mon is very aware of her situation with the Empire. Early on in the season, Mon points out to Luthen that she has another new driver and uses him to her advantage. She knows not to trust him and plants information she knows will get back to the Empire. I can tell the Empire is closing in on Mon, especially with her money situation. This is something we will definitely see continue in season two for her.

I would also like to point out that the next season of Andor overlaps with Rebels since Mon appears in season 3 episode 18, “Secret Cargo.” In this episode, Senator Bail Organa tasks the Ghost crew with bringing Mon Mothma to Yavin because she has escaped from Coruscant.

I don’t think they will redo Mon’s escape in Rebels. I think we will see Mon running out of options in the first half of season two. Too many people on Coruscant will be paying attention to what she is doing. Especially if her daughter is going to get engaged and with the Empire thinks her husband is gambling a lot of money. I’m curious how Mon’s escape will impact her family, specifically her daughter, Ledia.

Learn more about Mon Mothma from Genevieve O’Riley in this inside look!

My hopes for Andor season 2

Now that we are looking forward to the next season I think more mentions of rebel activity across the galaxy from previous Star Wars stories will come up. I think Lothal from Rebels could definitely be mentioned. I also think there is a good chance Grand Admiral Thrawn could be mentioned like Palpatine was in the ISB meetings.

Lothal was a big focus for the Empire because the Ghost crew caused a lot of problems for them there. The Empire invested a lot of time and resources into building a TIE Fighter factory on the planet, which was Thrawn’s big project. Under Thrawn’s supervision, it was attacked many times by the rebels so I wouldn’t be surprised if we saw ISB’s decision-making about how to handle attacks.

And thanks to an exclusive from Collider it has been confirmed that Yavin will be in season two. During an interview with Collider, Andor creator Tony Gilroy revealed that writer Tom Bissell will be joining the writer’s room. Gilroy told Collider, “Tom Bissell is really cool and really, really interesting, versatile, really good writer. But also a very, very, very big Star Wars fan, which we really wanted to make sure we had another pro because we’re going into Rogue [One], and we’re going to Yavin, and then we’re going into places where we eventually need to really weave our way back to the source…”

Yavin was first seen in A New Hope and is the rebellion’s base. There is a possibility we could see some original trilogy characters appear in season two. It’s also exciting to think about seeing the rebellion come together and all meeting for the first time on Yavin as they grow.

Overall, I thought Andor was an amazing, well-mapped-out show that takes us through Cassian’s origins. The good thing about Star Wars stories that take place in-between trilogies is their creativity. Even though Andor leads into two movies we were introduced to new characters and corners of the expansive world. We get to learn more about the galaxy and then the writers find clever ways to weave them into the original stories. I can’t wait for what season two has in store leading up to Rogue One.

Andor season 1 is currently streaming on Disney+. What did you think about the Andor finale? Are you excited about season two? Let’s talk about it over @mycosmiccircus on Twitter or the Cosmic Circus Discord. And if you haven’t already, check out Vin’s reflection on Andor, prior to the finale!

Reflecting on the Andors Series So Far 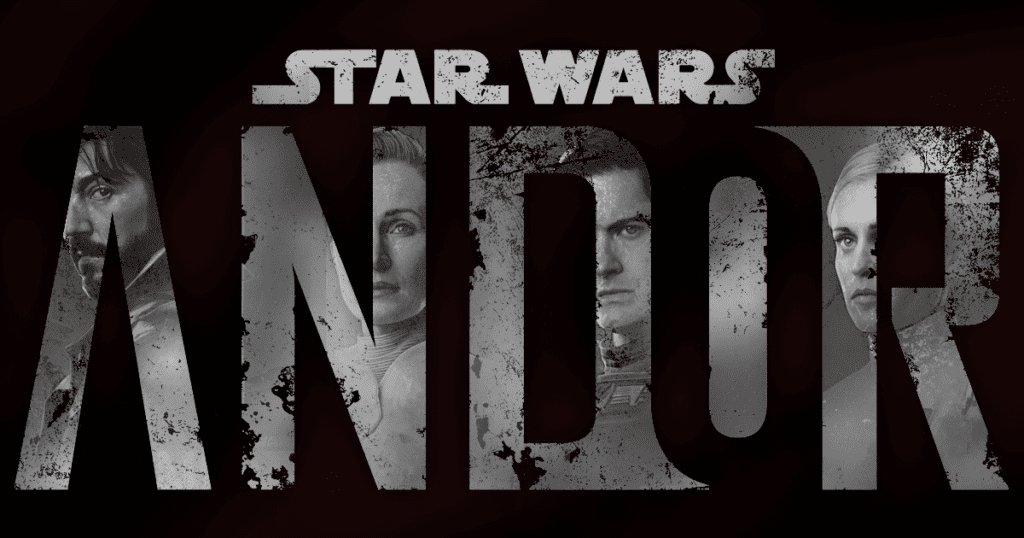