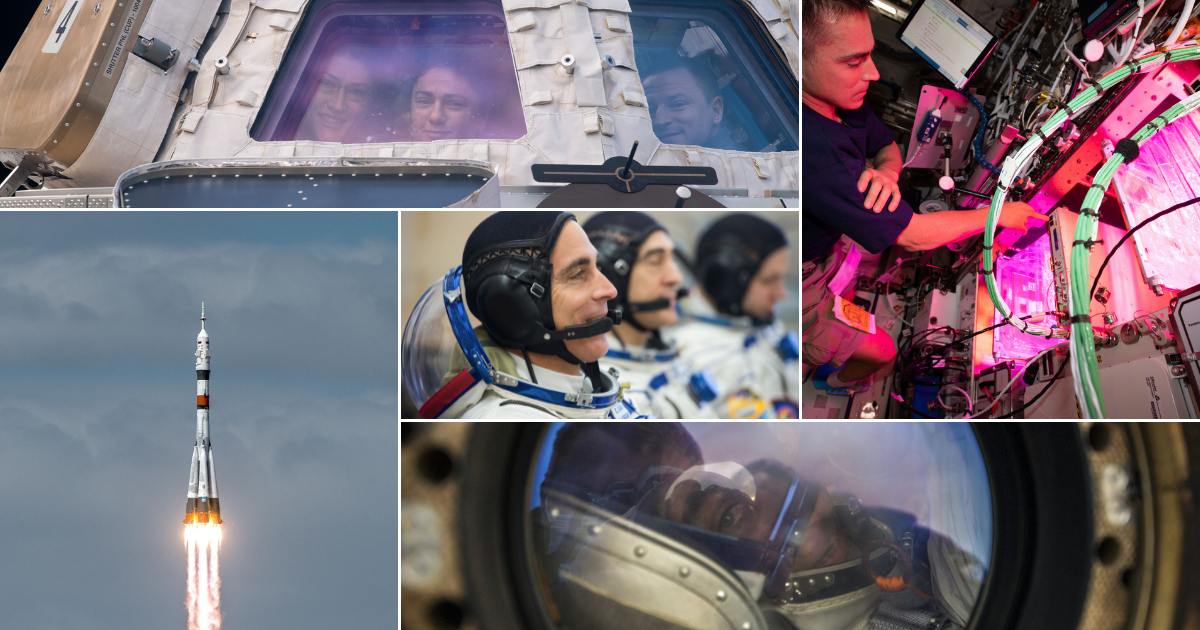 Disney+ has provided us with a new incredible space documentary series of 6 episodes that encapsulates the missions to repair a leak on the AMS (Alpha Magnetic Spectrometer). Among the Stars is a well-spent adventure on the ISS as we go from the pre-planning of the AMS repair, rushed preparation of the backup crew, and the tense trials put in front of multiple teams.

There are beautiful shots from various sources: personal videos, live streams, and ISS-mounted cameras all bringing high-quality footage of the Earth’s surface and the interior of the space station. Throughout, we are provided insights into personal moments of Captain Chris Cassidy at his home in Fork, Maine, and work at the Johnson Space Center in Houston, Texas.

The series was directed and Produced by Ben Turner, who has great prior experience in these delicate productions, with credits in directing The Class of ‘92 and In the Hands of the Gods. 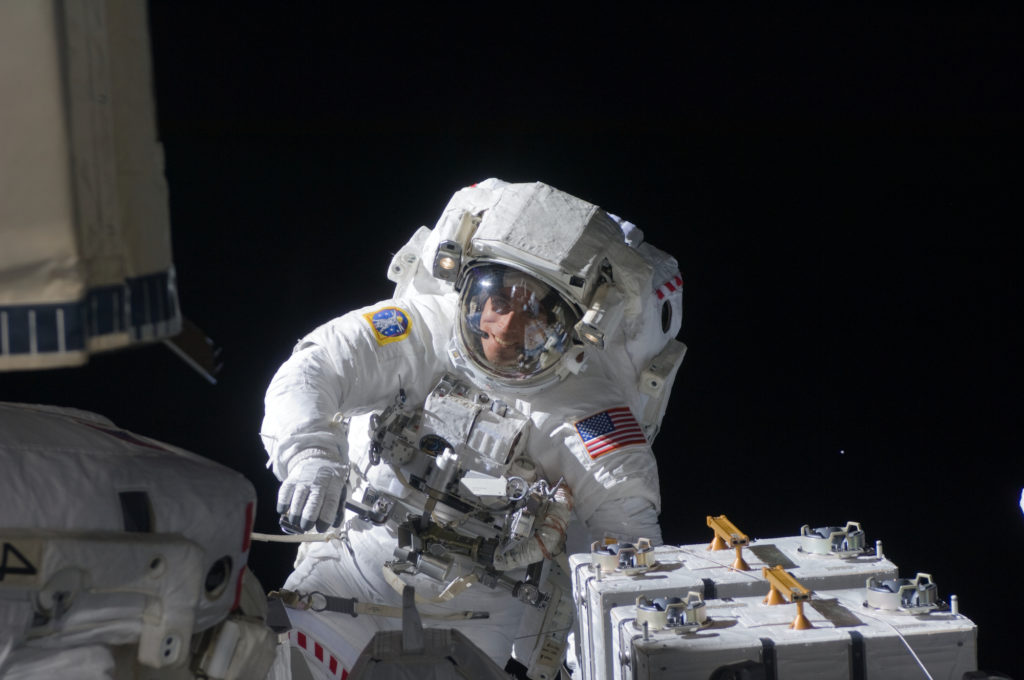 Although the missions take place between 2018-2020 over the course of four EVA (extravehicular activity aka spacewalk), we begin in 2013 when an EVA quietly becomes critical as Luca Parmitano’s spacesuit’s leak has his helmet filling with water. With Cassidy’s direction, Parmitano heads back inside and is rescued on what is only his 2nd EVA.

When the 2018 Soyuz rocket has to abort, the failure jeopardizes Cassidy’s chances to return to the ISS and timetable to begin the repairs on the AMS. Now, he must train Drew Morgan who had a previously confirmed ride to the ISS to keep up the mission.

The show crafts a great story out of these events over the 2 years to keep the tension flowing between strict schedules, budgets, and government red tape. Most of our time is either spent in space with the footage provided from the ISS or within the Johnson Space Center.

Intimate sessions with key personnel such as the technicians and the engineers who craft the tools for the astronauts also provide the motivation and backgrounds of these geniuses. All while not requiring technical knowledge from the viewer, it keeps the flow by highlighting the obstacles posed to NASA and the astronauts.

With some time spent at his home in Fork, Maine, we come to understand Captain Chris Cassidy and his career in the Navy as a SEAL, his love of Journey, and unwavering desire to complete this – his final mission. As the first episode closes with Drew and Luca returning to space it cuts to Cassidy as he watches on from his television, releasing a mixed sigh heavy with relief and disappointment. 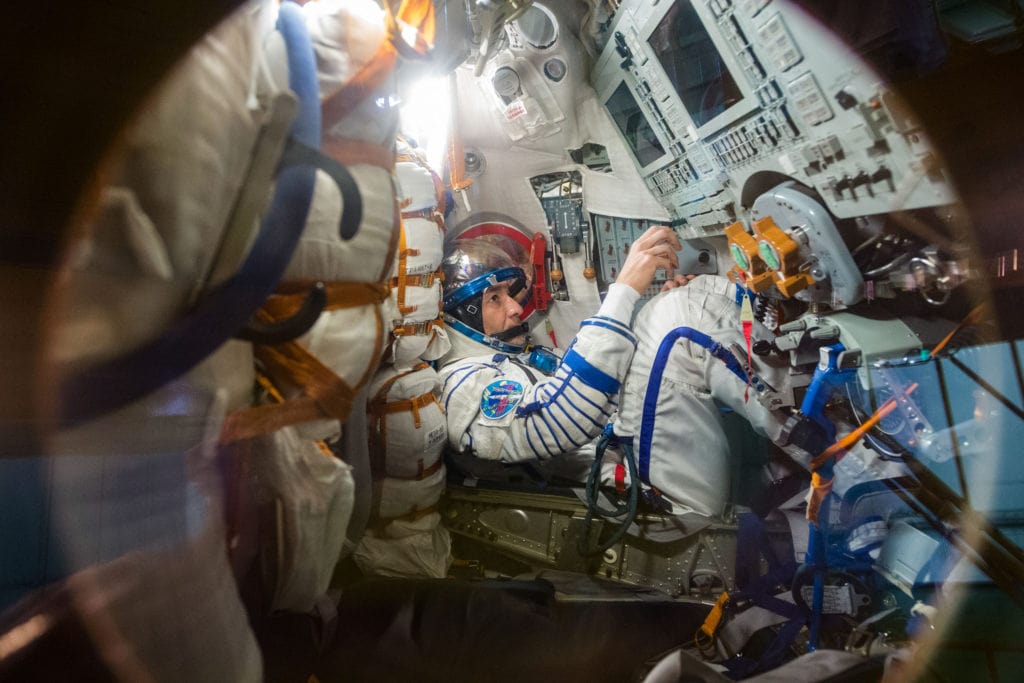 Moving forward, Cassidy stays busy on the ground doing a test mission inside of the Neutral Buoyancy Lab which is a massive reconstruction done underwater to help simulate the weightlessness encountered in space to train for EVAs. The focus here is to go through the motions of cutting a wire to ensure that the tools provided will work out in space and to ensure the mission is even viable. Under pressure and underwater, a mistake is made that would be considered a critical failure if it were real – the wrong cable is cut. Even with no experience in repairing expensive equipment, the feeling of screwing up royally resonated with me. With a 2 Billion dollar science experiments on the line, this failure is catastrophic and there is no recourse to this mistake. 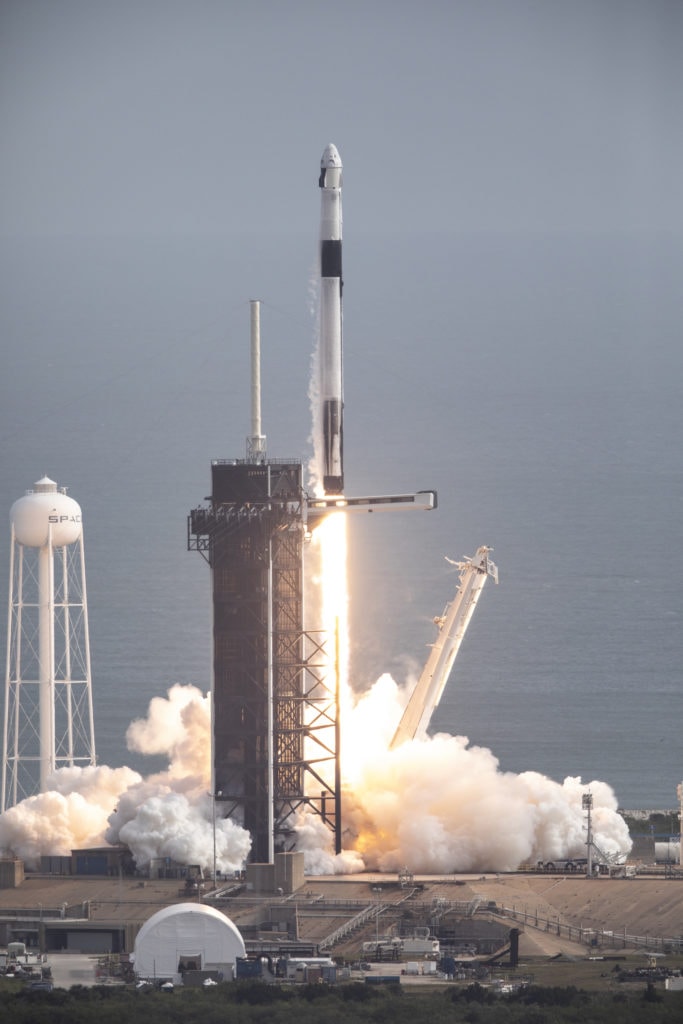 Meanwhile, Ken Bollweg (Project Manager of the AMS since 1994) works tirelessly to have a proper seal with leak indicators ready in time to go up to the ISS. Deadlines are a part of everyone’s life but when missing the deadline to get equipment into space equals complete failure, the heat rises quicker than a Soyuz rocket. Here is where the series took to the skies for me. Having the determined engineering from the scientists at NASA and the tense setting to succeed with COVID threats increasing, I could feel the stakes rising as uncertainties grew.

Specifically, any scene including Dr. Samuel Ting would instantly make me clench. This is a man who dedicated his career to this breakthrough experiment (and downplays his Nobel Peace Prize) who is looking ahead instead to his defining triumph – mending the AMS, getting back to work. So when he is not afforded a valid answer to his concerns, anxiety rises in the room and he presses for effective solutions.

This comes to a head when the Italian astronaut, Luca Parmitano receives the tools and goes on an EVA to begin the leak repair. When the first of five seals immediately fails (therefore indicating a leak), hope is completely lost. While Parmitano resumes other repairs, NASA scrambles to produce a secondary solution while debating the viability of it since the EVA had less than two hours remaining (each seal needed one hour after installation for leak integrity checks). The build-up while counting down to see the airlocks succeed was a personal highlight to me, showing the stressful agony of Bollweg and the crew hoping their designs hold.

Without taking away from the last two episodes too much, Cassidy does succeed in returning to the ISS and Earth before declaring his retirement. I felt like a co-pilot beside him throughout the series as we saw him return from his third spacewalk and work towards completing this mission. The rare look into the personal life of a highly adorned Navy SEAL and spacewalker helped peel back the layers over one of the best living astronauts.

Since the studies from the AMS are to help pinpoint the origins of the universe, the overall scope of its contributions to current and future scientists is incalculable. For NASA to allow this look behind the curtain only gives further esteem to the loved organization as it gave a background into the complex structure and processes. The series understands the severity of these missions and weaves in proper strain against the backdrop of a looming pandemic and rocket failures. Too often I was left wondering how exactly they would pull off the job, but as I’ve learned recently, the minds at NASA always prevail.

As a young man who has spent time inside the Johnson Space Center and fielded visits from NASA staff, the series was enthralling from start to finish. Keeping it within 6 proper-length episodes helped me move through the series quickly. The exterior shots of the ISS are simply breath-taking, enough so that the astronauts themselves pause to gaze upon our beautiful blue planet.

As I mentioned, any time Dr. Ting hits the screen I held my breath not knowing what he had to say next and how direct he would be about it. Having the missions laid out from concept to actualization opened my eyes to how tough the endeavors of NASA truly are. As a keen fan of NASA, SpaceX, and space in general, this series was a delight to me.

Anyone with a passing interest in space will enjoy seeing this carefully guided story of human ambition in both the scientists and the astronauts. While they do come full circle on the mission, I’m left wondering, what else will Ben Turner educate me in the future? And how long will I have to wait?

For those who enjoyed both the dramatized and documentary The Right Stuff or The Real Right Stuff, spend a few hours with Chris Cassidy and the rest of the brilliant crew at NASA. Although this story has been told, I hope to be Among the Stars for a second season if they provide this quality again. 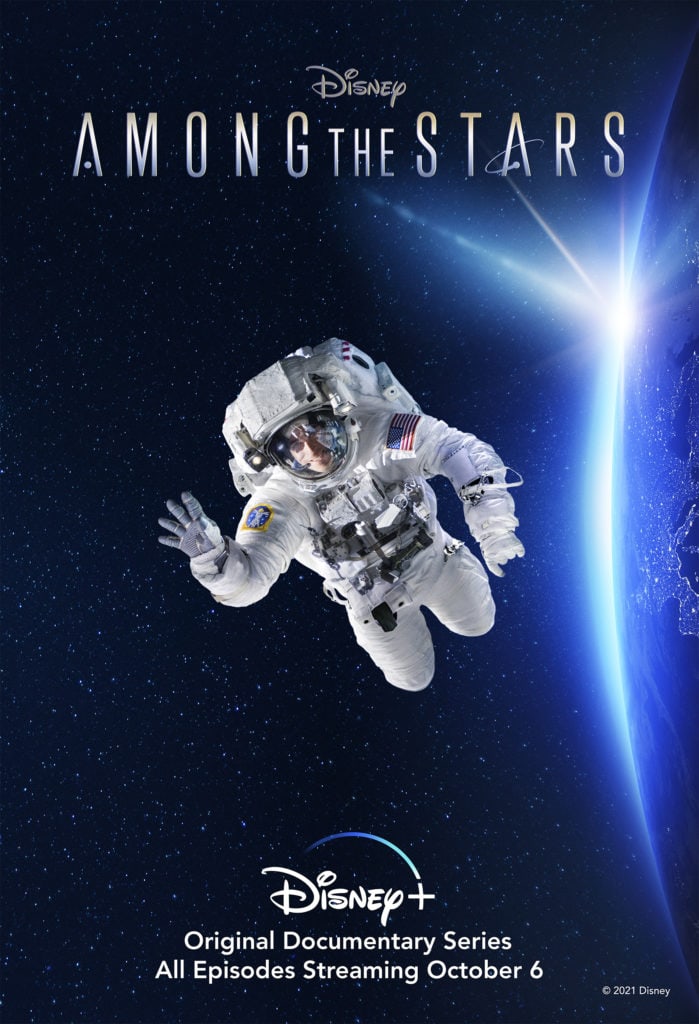 Among the Stars streams this Wednesday, October the 6th on Disney+.