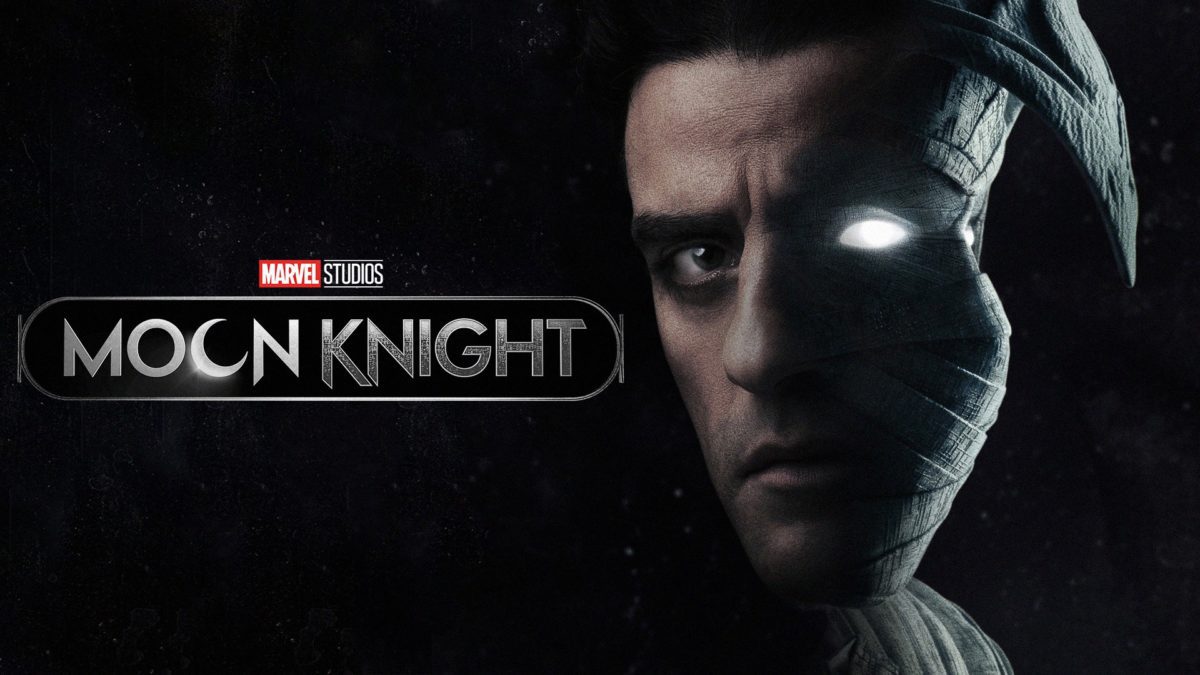 Marvel and Disney+ continue to delight and amaze viewers with their series and the upcoming Moon Knight show streaming this Wednesday, March 30 is no exception. I was granted a preview of the first four episodes last week along with fellow Cosmic Circus writers Brian Kitson and Anthony Flagg (linked at the end). Suffice to say, all three of us were pretty impressed with what we’ve seen so far from the Oscar Isaac-led Marvel series. Here is my review of the first four episodes of Moon Knight.

[While I’ve tried to stay fairly spoiler-free in this review, there may be hints or suggestions of things that happen in the first four episodes of Moon Knight here. Mild warning at the most for what lies ahead.]

As I mentioned in some “first impressions” posts on my Twitter, Moon Knight really came out swinging with one of the strongest opening episodes of any Marvel series. We are instantly transported into vulnerable gift shop employee Steven Grant’s world and the mystery surrounding his memory, mental health, and waking nightmares. This all goes from bad to worse as Steven believes he’s being stalked by a terrifying-looking creature, all the while getting in the way of a charismatic yet equally scary Arthur Harrow’s plans.

In regard to Ethan Hawke’s performance as Arthur Harrow, he is calm, persuasive, and has a charisma that draws you in, and yet… utterly frightening. There are some very interesting questions brought up through this character about how best to handle the evil in the world. I suspect there will be more debate about the idea of giving people a choice of how they behave versus deciding for them as this story continues.

This aspect feels similar to some of the themes explored in the Eternals along those lines. In fact, Harrow in some ways reminds me of Richard Madden’s Ikaris in that sense, as his backstory and reasoning for his plans were revealed over the course of the four episodes I previewed.

Oscar Isaac had a truly complex job in this series with multiple roles, and he has more than sufficiently pulled it off. The two main personalities we see from him in the first four episodes are Steven Grant and Marc Spector, and they couldn’t be more distinct and different.

Steven Grant is a new favorite Marvel character of mine (no matter what Khonshu says!). I think many viewers will find him incredibly endearing and latch onto him very quickly. I was really pleased with how I could clearly see a strong character arc forming for him as the episodes progressed, that felt truly separate from Marc. I want to see more of this character moving forward.

Some may be surprised to see how little there is of Marc, vs Steven, in the first couple of episodes but this is all a well-planned build-up for the story and Marc as well as The Moon Knight’s introduction, don’t worry Marc Spector fans. Be patient. He’s coming.

Action sequences and fights were the typical high-quality fare for Marvel that we’ve all come to expect. There was a fun bit of physicality mixed with humor in some action sequences depending on who was doing the fighting. This again is something the talented Oscar Isaac should be praised for, along with his amazing performance of a third personality which happens at a surprise moment that I won’t spoil. It’s epic tho. You’ll know it when you hear it.

May Calamawy as Layla doesn’t seem quite as remarkable until the later episodes and we learn more about her, and we see her bravery, her heartbreak, and her strength. At the same time, I’m very intrigued by some hints that all may not be as it seems with Layla. I’m looking forward to seeing what if any secrets she may still be keeping from the viewers, as well as from Marc and Steven.

In fact, as I got into the third and fourth episodes, there are moments Calamawy’s Layla reminded me of Rachel Weisz in The Mummy. I don’t think this is by accident as there are moments throughout that feel a little bit like The Mummy or Indiana Jones.

There’s even a slow reveal during the fourth episode that will make some ancient history nerds, myself included, smile and say “Oh… I know what that means!” I hope if the series continues for another season, they continue to play with the exploration of ancient history as it’s a fascinating subject and has great potential for many adventurous tales.

Last but most certainly not least as far as the cast goes, F. Murray Abraham as the boisterous, belittling, bratty, bellowing Khonshu is a perfect voice casting choice. His utterly creepy at times rather frightening form is incredibly well done. Khonshu himself is unfolding to be an interesting character as well as we learn more about his motivations and past. And as with Steven, I was pleased to see he seems to be going through his own character arc within the series. As opposed to just being used as a gimmick CGI character and not much more purpose there than that.

Overall, these first four episodes were all very strong and kept me on my toes. I can’t wait to rewatch the episodes to reexamine and see what I may have missed and I’m very interested in seeing where things go next.

The fourth episode really seals it for me as actually surpassing the mind-bendingness of WandaVision and I have no doubt I’ve only seen the beginning as far as that goes. This episode closes with a “What the hell did I just see?” moment that I can’t wait to see everyone’s reactions to. The episode also sets up a major cliffhanger and implications for Marc and Steven’s world that I’m sure people will go wild theorizing about once the episode drops.

Hope you enjoyed my review of the first four episodes of Moon Knight which starts streaming on Disney+ tomorrow! Don’t forget to check out Brian Kitson’s review of Marvel’s Moon Knight HERE and Anthony Flagg’s YouTube review of the series below!

Would you like to learn more about Moon Knight in the comics? Take a look at these helpful reading guides compiled by Vin to find out what to start reading or catch up on some comics you may have missed!