Close your eyes and imagine for a moment that it’s 1999. “Genie in a Bottle” by Christina Aguilera is a chart-topper, and the Budweiser Frogs commercials were still on TV. There were distant rumblings of the thing called “Y2K,” and shiny AOL CDs were probably delivered to your house a few times a month.

Enter Wing Commander, a sci-fi action movie that was released in March of 1999. It should have been a commercial success. Instead, it was a box office failure, earning under $12 million in the US and Canada combined. The movie was adapted from EA/Origin’s top-rated Wing Commander video game series from the early 90s.

Given the video game’s massive and passionate fan base, you’d assume the movie would be a hit. So why did it fail when it had a built-in audience? Let’s talk about some of the hits and misses.

Earth is threatened with annihilation when the Kilrathi, an alien race of giant warrior space cats, get ahold of the powerful Pegasus Navcom unit that allows their spaceship fleets to jump travel through space. The main character, Lt. Christopher Blair (played by Freddie Prinze Jr.), is charged with delivering an encrypted message that warns Earth’s reinforcements about the upcoming Kilrathi attack. 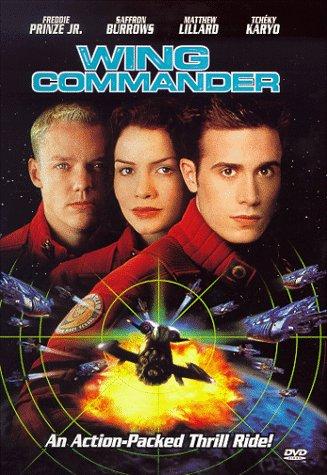 Here’s hoping that whoever owns the rights gives it another go because this world has so much potential for juicy conflict and fun.

Check out the trailer for Wing Commander below!