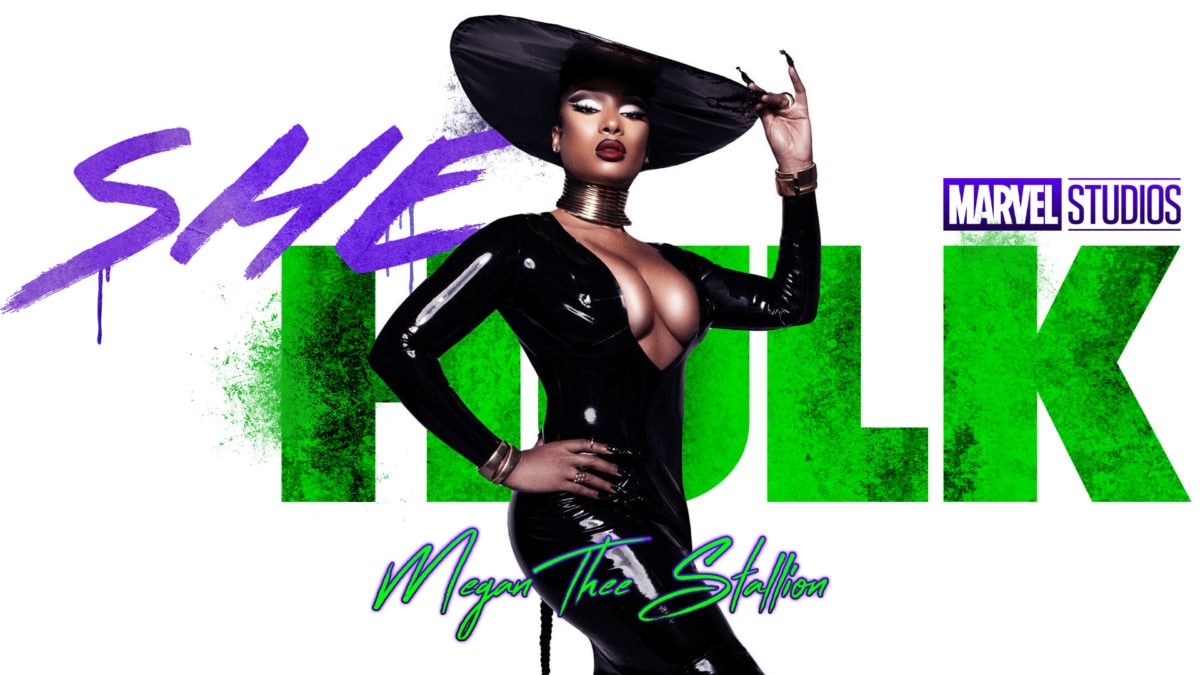 2022 is scheduled to be a rather significant year for Marvel Studios. In terms of theatrical releases, Marvel is going full steam ahead with the premieres of the highly anticipated sequels to the Doctor Strange, Black Panther, and Thor franchises.

Additionally, Marvel will debut several original series for Disney+ throughout the year. Moon Knight already premiered this past Wednesday, March 30th, and Ms. Marvel is scheduled to premiere later in June.

Expected to close out the year for Marvel’s Disney+ series is the debut of She-Hulk, starring Tatiana Maslany as the titular character and Mark Ruffalo returning as Bruce Banner.

In the series, She-Hulk, aka Jennifer Walters, is a lawyer who handles legal cases related to individuals with superpowers. The series is speculated to premiere in late 2022 with “a host of Marvel characters” expected to appear in the show.

One of the characters rumored to appear in the upcoming She-Hulk series is Grammy Award-winning artist Megan Thee Stallion. According to the original rumor from the YouTube channel Everything Always, the rapper would appear during the series as a “fictionalized version” of herself and her appearance would span across a number of episodes.

We at The Cosmic Circus have done some investigation into this and have come across pretty solid NEW evidence to back up this earlier report that Megan Thee Stallion will appear in She-Hulk!

[Editor’s Note: A request was made for the removal of the specific evidence provided for this article, and we have complied with that request out of respect for the individual involved.]

[Editor’s Note 8/29/22: Megan Thee Stallion article/interview by The Cut confirms that she has been cast in She-Hulk.]

Not only is this the first solid piece of evidence that confirms Everything Always’ exclusive, but it also gives us more of an indication as to what we can expect from Stallion’s appearance in the series.

Either way, we can’t wait to see what Megan Thee Stallion’s role entails for her MCU debut. If we’re lucky, perhaps she’ll have a feature on the series’ soundtrack as well.

What do you think? Are you excited that it looks like this Megan Thee Stallion rumor about her appearing in She-Hulk is true?! Let us know in the comments, on Twitter @MyCosmicCircus, or on our other social media!