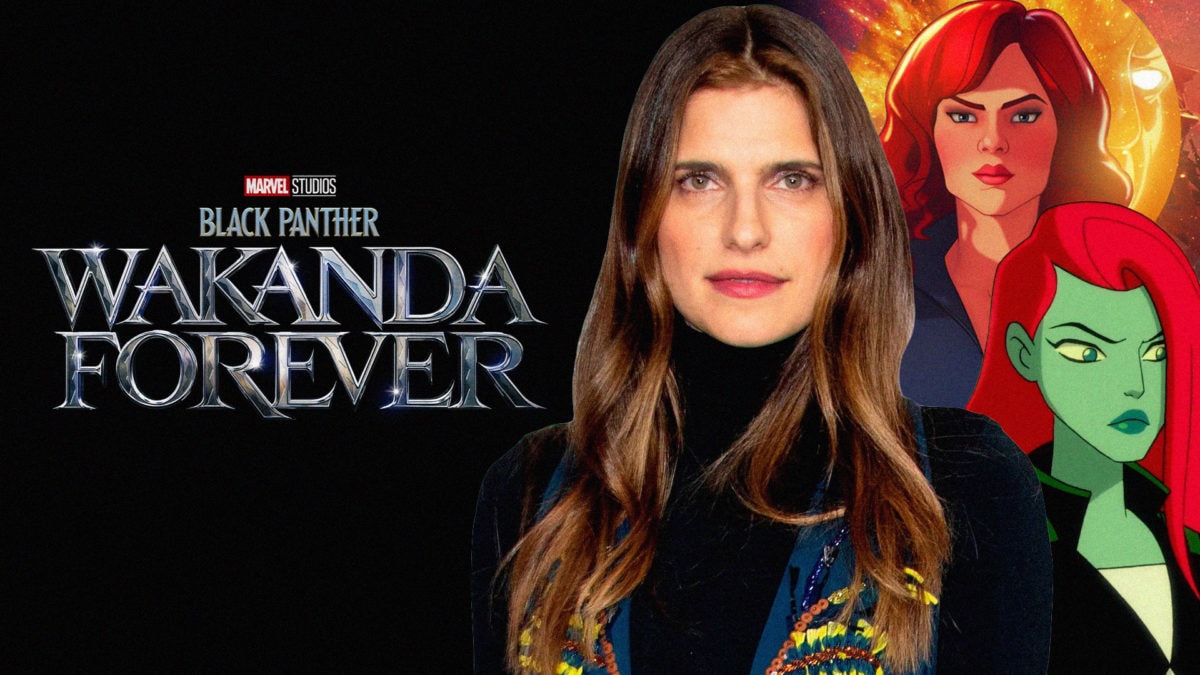 In a recent series of photos from the set of Black Panther: Wakanda Forever posted to Instagram, Atlanta Filming teased that there were three new cast members showcased in the pictures.  The first photo in the series of three is a group photo of both cast and crew. While many of the faces are wearing masks or turned slightly away from the camera,  one face is standing front and center. And it seems to be the face of actress and voice talent Lake Bell. Have a look at Atlanta Filming’s post here.

Lake Bell on the Set of Black Panther: Wakanda Forever

With hair and a smile that is almost instantaneously recognizable, it certainly looks to be Lake Bell. Something that people on The Cosmic Circus’s discord also seemed to agree with me on. Without prompting as well. However, the agreement of some amazing people in our community still isn’t confirmation of casting but does provide a baseline for which we can gather more evidence and paint a better picture.

Taking it a step further, we looked into Lake Bell’s social media accounts. Which may have provided some more bread crumbs to this investigation. On Instagram, Bell follows a few Marvel stars like Mark Ruffalo, Sebastian Stan, which may mean nothing seeing that tons of actors and actresses follow each other. But most interestingly she follows the official Black Panther Instagram account. This just adds a bit more evidence to our theory that Bell is indeed attached to the project, and in the picture that we pointed out above.

While Lake Bell seems likely to be in the film, we have no indication of who she may be playing in Black Panther: Wakanda Forever. Although, how someone of such immense talent has flown under the radar for casting on this film is shocking. Bell has strong comedic roots with roles in movies such as What Happened in Vegas (2008), Over Her Dead Body (2008), and It’s Complicated (2019). She has also acted in shows such as Boston Legal, Children’s Hospital, and more recently she led ABC’s Bless This Mess with Dax Shepard. With her history of both comedic parts and more serious roles, it could almost be a coin toss if this role is more serious or if she is playing some comedic relief in what is bound to be an incredibly heavy film.

It is particularly notable that Bell has also lent her voice to quite a few animated projects, such as Patrol Witch in Shrek Forever After and Chloe in The Secret Life of Pets. Both of these roles played into the comedic side of her acting, which is always a pleasure to watch.

She has also lent her voice to some pretty significant and popular Marvel and DC roles playing Poison Ivy in Harley Quinn, and Vanessa Fisk in Spider-Man: Into the Spider-Verse, as well as one Natasha Romanoff aka Black Widow in the recent What if…? Disney+ series.

While I definitely do not believe she is playing a live-action multiverse version of Nat, it does help to see that Bell already has a working relationship with Marvel Studios. Regardless it seems likely that Bell has joined Black Panther: Wakanda Forever.

The film currently stars Letitia Wright as Shuri, Lupita Nyong’o as Nakia, with Angela Bassett, Martin Freeman, and Danai Gurira returning as Ramonda, Everett Ross, and Okoye respectively. It is widely believed that Shuri will be taking over as Black Panther in the film, after late actor Chadwick Boseman’s untimely passing. the film is being written and directed by Ryan Coogler.

So what do you think? Could that be Lake Bell in the photos, or do you think it’s someone else? Who could she be playing? Let us know in the comments or on social media!

Black Panther: Wakanda Forever is currently filming and is expected to release on November 11, 2022.