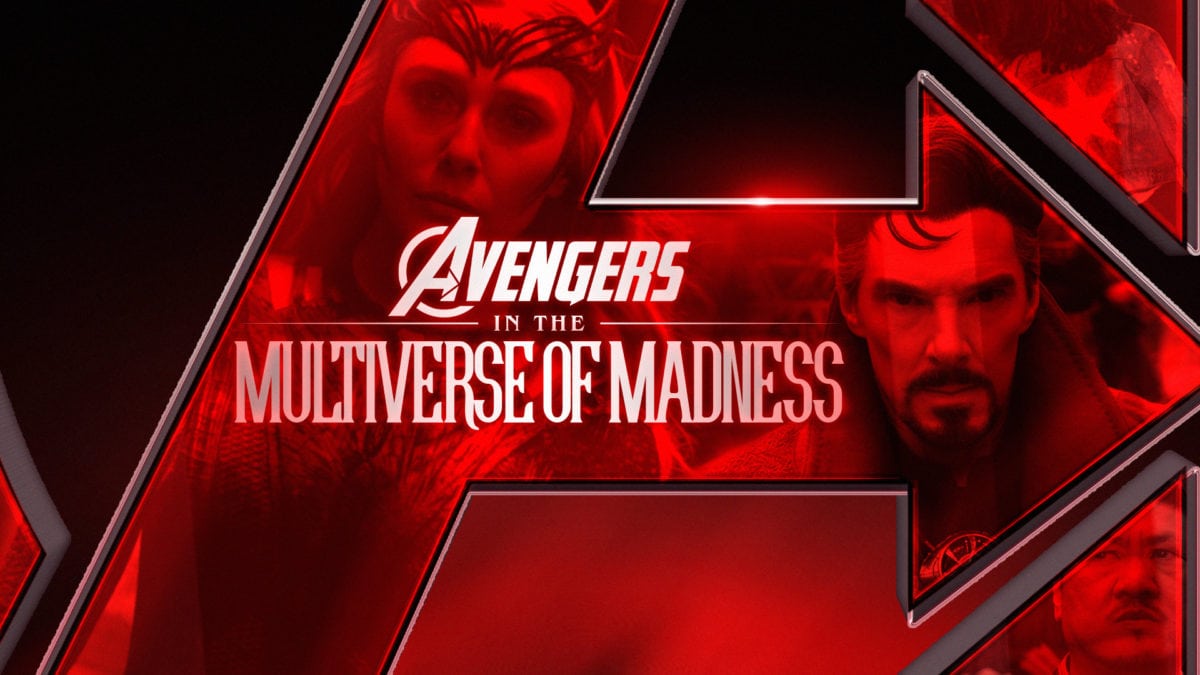 In 2021, Marvel Studios kicked off Phase 4 by debuting several projects covering nearly all the four corners of their collective universe. While most of these projects stand on their own, one can’t help but ponder the consequences these films and shows will have for the MCU’s foreseeable future.

The concept of the Multiverse in the MCU, while initially established in 2016’s Doctor Strange, is only now starting to get traction in Phase 4. WandaVision’s reality-bending antics, along with Loki’s timeline-breaking mishaps, and Spider-Man’s Multiversal-encounters, have all set the stage for  Doctor Strange in the Multiverse of Madness.

There have always been multiple rumors making rounds across the web, not only about the plot of this film but about what cameos we can expect to see when the film drops this coming May. However…

Brand new merchandise from Marvel might give us a clue about the scale of Doctor Strange 2 and hint at Multiversal Avengers.

This product could potentially be nothing more than just an excuse for Marvel to plaster another item with the Avengers logo, but let’s entertain the idea of the description for a second. As we can see above, the product description for this t-shirt from Doctor Strange in the Multiverse of Madness teases what appears to be the possibility of the Avengers assembling once more, but with a multiversal twist.

This wouldn’t be the first time we’ve heard of such a team-up happening during this film. After all, far more wild concepts and team-ups are rumored to be happening in the movie, ranging from the Fantastic Four to the X-Men and even the Illuminati.

I wouldn’t question Marvel Studios’ ability to bring in characters from other universes if they serve a narrative purpose to the plot. Just take a look at Spider-Man: No Way Home, where fans were treated to not only the return of 5 villains from the previous Spider-Man franchises but also the previous Spider-Men themselves; Tobey Maguire and Andrew Garfield.

Looking deeper into the description, we can assume that these Avengers are not just from 1 other universe but from across an infinite number. So who exactly could even be in these Multiversal Avengers? And how different would these variants be from their MCU counterparts?

Several potential candidates could make their debut on this team. Fans seem keen on the idea of seeing Hayley Atwell donning the shield as her Captain Carter variant, as well as the appearance of an Iron Man variant, who many have rumored and fancast Tom Cruise as the alternate Tony Stark.

There are also a number of Doctor Strange variants we can come to expect to pop up in this film, one of them potentially being Lovecraftian Strange from What If…?. He could lend a hand to his variant when the time comes. However, many believe his intentions to be far more sinister as the trailer teased him to be the antagonist in the film (but was that really him? or yet another variant?)

The point of the matter is, if the Multiversal Avengers are assembling for this film, then there is an infinite number of possibilities which this can go, and we can’t wait to see how that could play out when Doctor Strange in the Multiverse of Madness debuts on May 6th later this year.