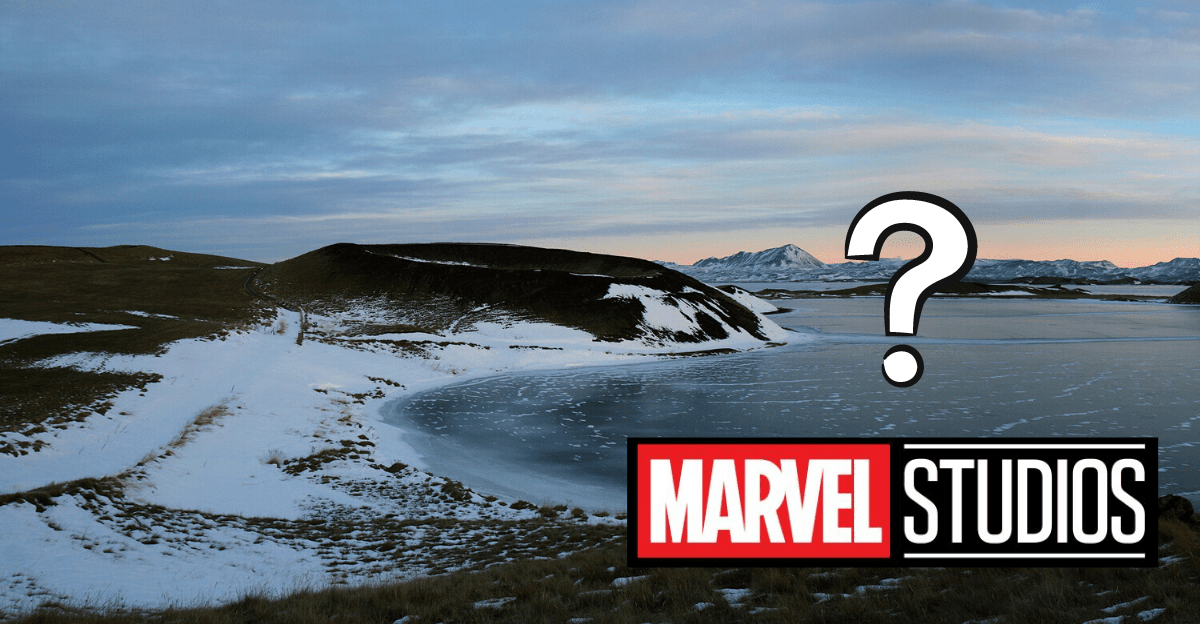 A recent report from Morgunblaðið, one of the leading newspapers in Iceland, claims that a mysterious Marvel Studios production with the working title “Safari” was filming in Iceland last month in the North Atlantic Country.

According to their website, the large number of people crewing the shoot “took over” 3 hotels in early February. They shot in the picturesque Lake Mývatn. We have confirmed through film permits that an associated production company did indeed receive permission to film in the protected area during the time that Morgunblaðið cited. The film permit also mentioned filming in Laxá.

Truenorth Productions is the Iceland production partner that Marvel reportedly has worked with for the filming. Truenorth has worked with Marvel on Doctor Strange in the Multiverse of Madness, Ant-Man and the Wasp: Quantumania, Black Widow, and Avengers: Endgame. They also boast an impressive non-Marvel client list that includes some of the biggest movies ever of the past five years.

The film permit itself is because Lake Mývatn is a protected environmental area. There are unique species of birds and other natural wonders, so filmmakers have to use great care not to disturb them when filming.

Truenorth asked to use five sled dogs and artificial snow. They also wanted to use snowmobiles and wind turbines and expected to have 80 people on site. In addition, the project description called for aerial photographs with a drone or a helicopter. Iceland’s various agencies said all of this was fine, and because of the winter weather, the birds were unlikely to be around anyway.

So Just What is Safari?

At the moment, we’re not sure! The newspaper said that the production was shrouded in mystery. Safari is a new working title, but it doesn’t mean it’s a new production. Marvel sometimes uses multiple working titles when filming, making the projects harder to track so this could be an alternate title for any one of several Marvel movies in various stages of production and post-production currently.

Whatever was filmed in Iceland could be for a project that was expected to film in Iceland at some point like the Doctor Strange or Ant-Man sequels or something else. It could be something as simple as getting b-roll or plate shots for VFX for one of those films, or something else Marvel-related that may not be filming yet.

One clue about what this film is might be in the name itself – Safari. The natural association for that name is with Kraven the Hunter. And Morgunblaðið’s source said that the shoot was a “Marvel offshoot” related to Spiderman.

There were also those old rumors about Spider-Man 3 planning to film in Iceland and that possibly being Kraven the Hunter related for that movie. That was, of course, way back before they changed their plans for Spider-Man: No Way Home. But if scoopers and the like were on to something about Iceland being connected to Kraven’s story, then it’s at least a possibility that Iceland would be a filming location for the Kraven solo film.

However, this is just speculation as we don’t have enough evidence to back that up right now. In addition, we recently came across evidence that Safari may not be for Kraven. We know that Kraven is using another working title in at least some of the pre-production work – Spiral. But of course, there could be a second one for the production that hasn’t been leaked yet.

Of note, there are some caveats with this source. Our Icelandic is a little, shall we say, rusty, so we’re relying on a Google translation for some essential information from both the newspaper and the filming permit. Regardless, the Icelandic/English versions of the Morgunblaðið story make it clear that some kind of Marvel production was filming in Iceland under the name of Safari in early February.

What movie do you think Safari is the working title for? Is it a case where the details are lost in translation? Sound off in the comments or on social media to share your thoughts.

For pictures and more information about the beautiful location of and around Lake Mývatn visit Guide To Iceland.