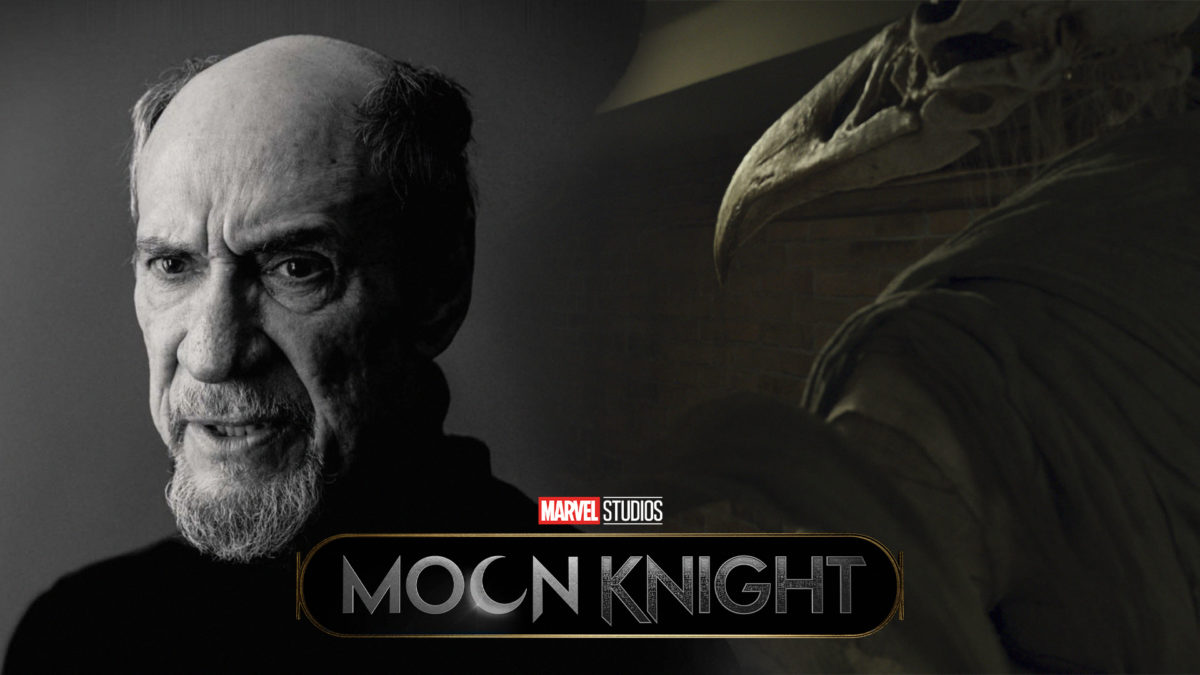 Disney has confirmed that Academy Award Winner F. Murray Abraham will voice Khonshu in the upcoming Marvel Studios series via their official media site. You may recognize Murray Abraham from his role in the 1984 film Amadeus, along with his iconic line; “That was not Mozart laughing, Father…that was God.” He has also appeared in Scarface, How to Train Your Dragon: The Hidden World, and The Grand Budapest Hotel.

The supernatural side of the Marvel Cinematic Universe is on the cusp of being unleashed in the upcoming Disney+ series, Moon Knight. Starring Oscar Isaac as Steven Grant, the series follows his story as he can’t tell the difference between his reality and his dreams. Grant has a dissociative personality disorder, a pathology in which he shares a body with Marc Spector, a former CIA agent turned mercenary who made a deal with the Moon God, Khonshu, to spare his life in exchange for Spector to be his emissary on Earth.

The Super Bowl TV Spot teased the voice of Khonshu as he called out to Steven in an open field, but we’ve never had an actual confirmation as to who voices the Moon Deity until now.

F. Murray Abraham’s casting as Khonshu is, without a doubt, another excellent addition to the Marvel Cinematic Universe. Given how Moon Knight is currently slated as a limited series, it will be interesting to see if Abraham could appear in other MCU projects as the Moon God, like in Thor: Love and Thunder, as theorized in our Bastet report.

Moon Knight is scheduled to premiere on March 30th, exclusively on Disney+. What do you think about this casting? Let us know in the comments or on Twitter @mycosmiccircus!