Report: ‘Secret Invasion’ and ‘What If…?’ S2 Included in a Marvel site’s 2022 Release Order 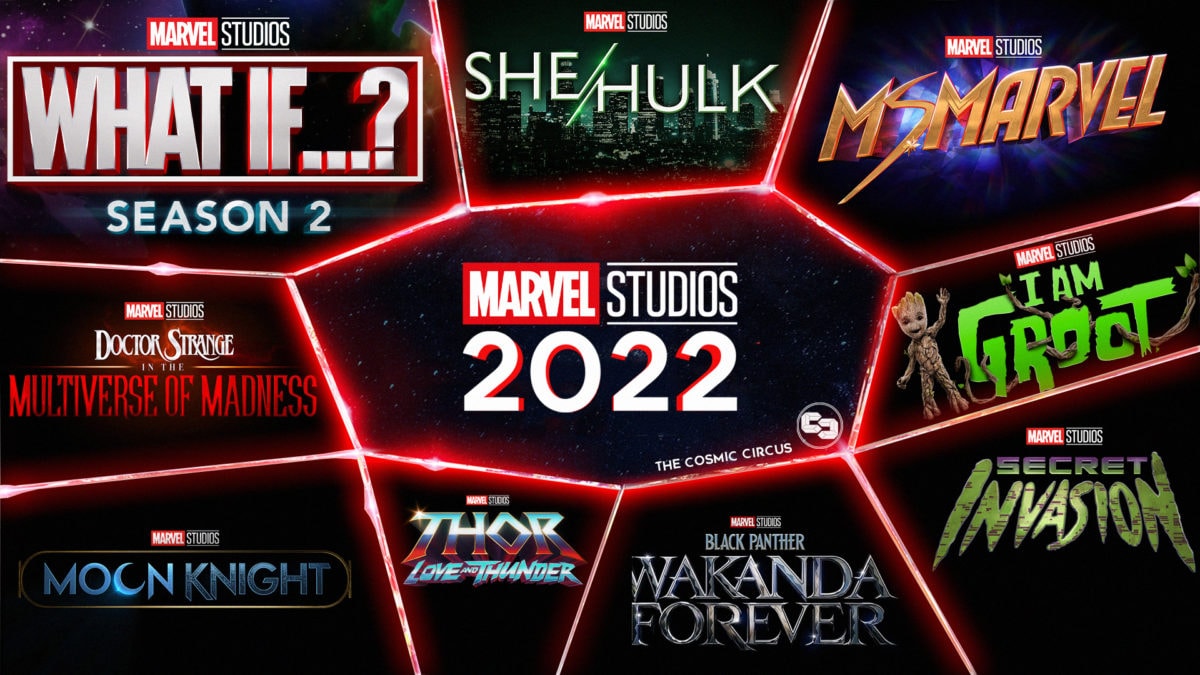 Report: ‘Secret Invasion’ and ‘What If…?’ S2 Included in a Marvel site’s 2022 Release Order

It’s been a year since the start of Phase 4 in the MCU when Marvel Studios’ WandaVision premiered on Disney+. Since then, Disney and Marvel have been on a non-stop roll with their productions, subsequently releasing projects one after another.

This year alone, fans experienced many projects from all corners of the Marvel Cinematic Universe. From street-level stories such as Black Widow, Hawkeye, The Falcon and The Winter Soldier to more mystical projects like WandaVision, Loki, Shang-Chi and the Legend of the Ten Rings, What If…?, and Spider-Man: No Way Home, as well as stories from out beyond the stars like Eternals.

With such a stacked lineup last year, fans have been curious about what exactly comes next this year, given the number of projects Marvel Studios has (both announced and unannounced), some of which do not have an attached release date as of yet. We at The Cosmic Circus have come across some NEW information that may clear up precisely what fans can expect from Marvel Studios in 2022.

The following information comes from the Japanese Branch of the Marvel website. On January 16th, Marvel Studios Japan launched a campaign to make that date “Marvel Studios’ Hero Day.” As part of that campaign, they’ve taken the time to promote what appears to be the slated 2022 release timeline for their upcoming MCU Projects this year with the tagline; “New projects one after another. The universe will expand even further“.

We already knew a couple of these projects were being released this year, like Doctor Strange in the Multiverse of Madness, Thor: Love and Thunder, and Black Panther: Wakanda Forever. We also have come to expect the release of Moon Knight, She-Hulk, and Ms. Marvel this year on Disney+. However, a few noticeable standouts on this list are the confirmations/indications that I Am Groot, What If…? Season 2, and Secret Invasion are slated to release at some point this year.

The most curious of these is the placement of Secret Invasion on this timeline list since the show could teeter-totter back and forth between 2022 and 2023. However, when you continue to explore the site even further, another slide pops up where the page lists Disney+ projects Moon Knight, She-Hulk, and Secret Invasion together on a list above the films slated for release this year.

The fact that they would choose to place Secret Invasion instead of Ms. Marvel (which is confirmed to release at some point in the summer of 2022) implies that at the time when this article was written, we can expect the show to release at some point late this year on Disney+. The translated text reads on the slide below reads, once again, “New projects one after another. The universe will expand even further.” 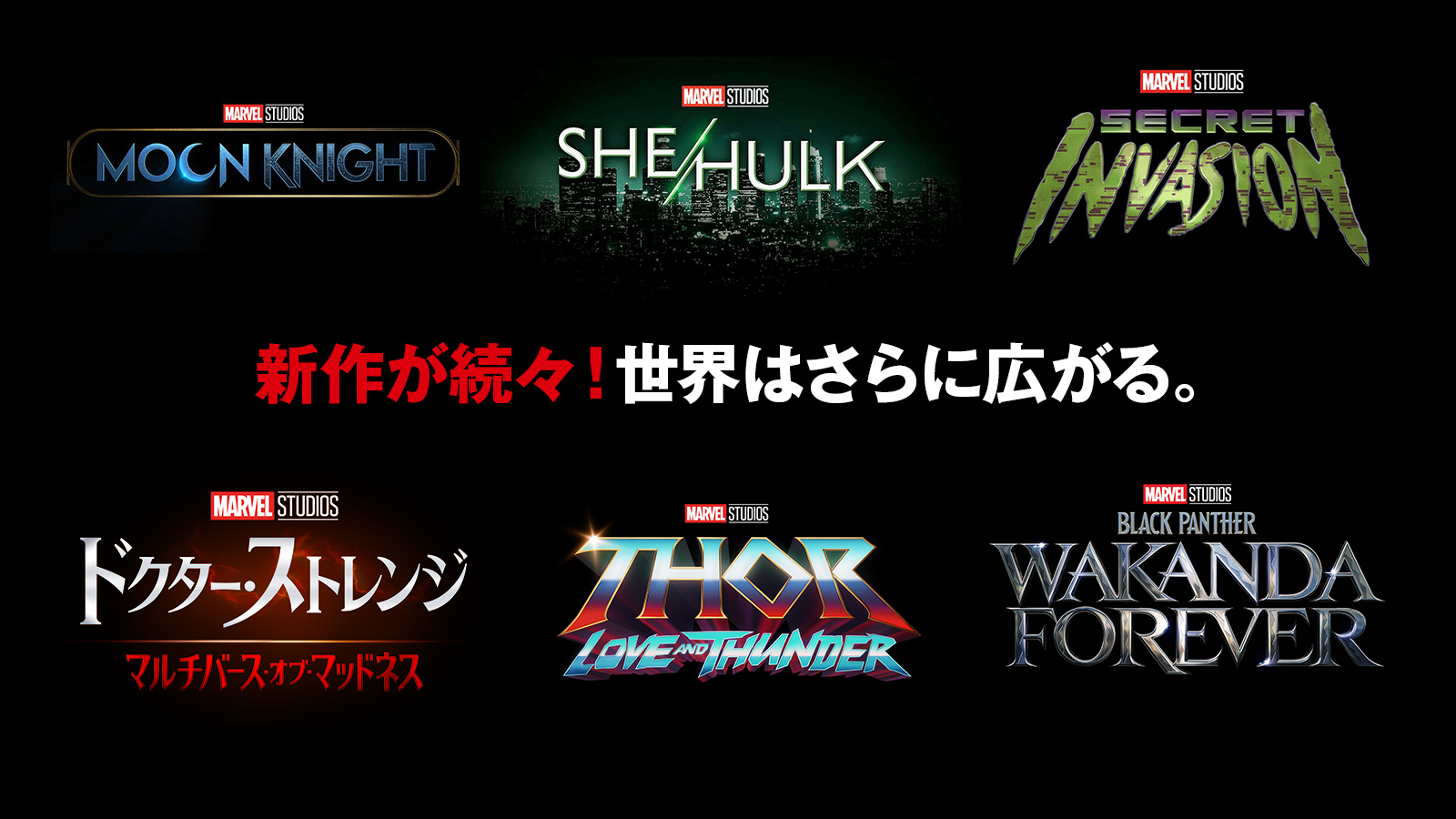 The words “New projects one after another,” along with the known films in order, would certainly seem to indicate that all of the projects listed above are placed in chronological order. If that were to hold true, Marvel’s 2022 release schedule should be as we’ve worked it out below. This is all just rather educated guessing, calculations, and a bit of “Assembling Elements” between a number of facts, as the official schedule has not been released yet. But this schedule seems like a very solid and plausible idea of what we can expect for this upcoming year.

There is some overlap with She-Hulk, I Am Groot and What If…? Season 2 over the summer but I wouldn’t concern myself too much on the overlap given that I Am Groot is a series of shorts that Marvel Studios could potentially drop in a day. So, if this all holds true, it appears it’ll be quite the stacked year for Marvel Studios’ fans as the Marvel Cinematic Universe expands even further across the boundaries of its known universe!

Update 1/21/22: That Japanese branch of Marvel website has updated their page and they have removed Secret Invasion and What if…? season 2 from the 2022 slate we had first reported to you about in this article. This doesn’t necessarily mean the shows will not drop in 2022, but more likely that they aren’t set in stone for 2022. Either way, we will keep an eye on the situation and report if there are further developments.

Update 3/2022: Disney has released that What if…? season 2 will stream in 2022. No exact release date has been provided as of this update. (via The Direct)