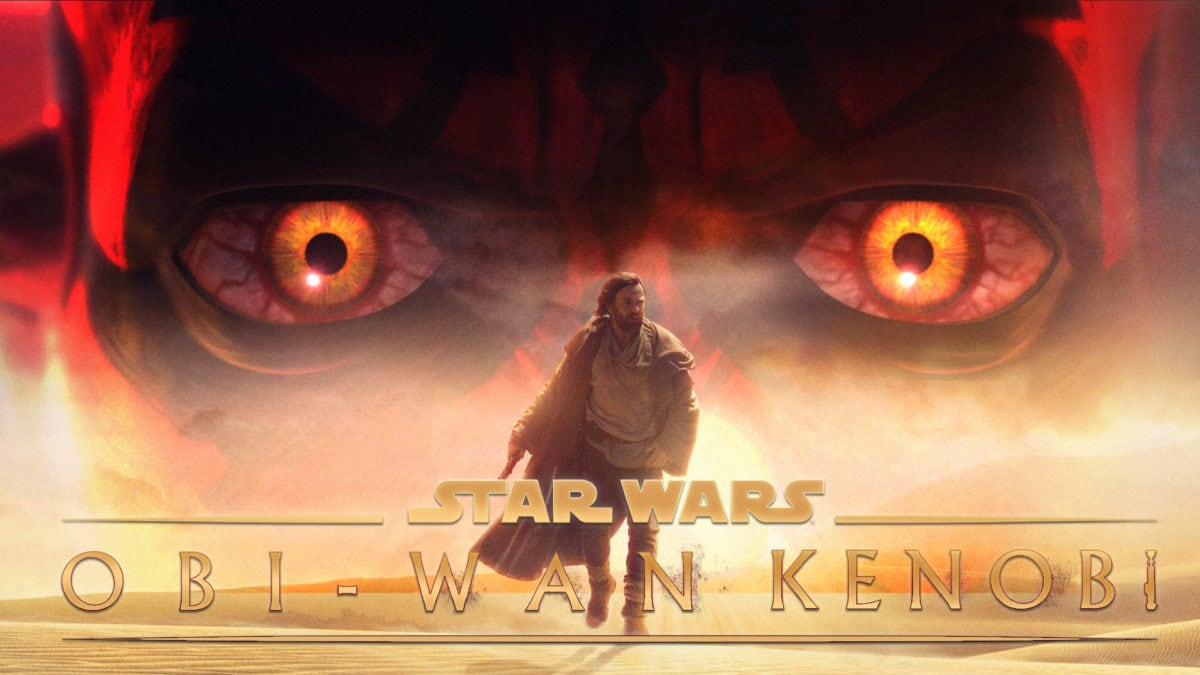 Yesterday afternoon, Disney and Lucasfilm released the first teaser trailer for the upcoming limited series; Obi-Wan Kenobi, streaming exclusively on Disney+. The series takes place ten years after the events of Star Wars: Revenge of the Sith, with Jedi Master Obi-Wan Kenobi living in exile and hiding from the Galactic Empire on the planet of Tatooine, protecting the future hope for the Jedi. The series features the return of Ewan McGregor as the titular character and also marks Hayden Christensen’s return as Darth Vader. However, he may not be the only Dark Side user returning for the series.

Ray Park, best known for portraying the physical embodiment of Darth Maul in Star Wars: The Phantom Menace, Solo: A Star Wars Story, and Star Wars: The Clone Wars, took to Instagram to comment on the upcoming series’ release.

At a simple glance, this may seem like any ordinary appreciation post. However, the more exciting part about this post actually comes from the comment section. The post features multiple comments about Park’s interesting and convenient posting, commenting about their excitement and hopefully seeing him pop up during the series. At the time of publishing this article, Ray Park has liked the comments on Instagram that are marked red below.

Before we all get our hopes up about the potential resurgence of the former Sith Lord Darth Maul in the Star Wars galaxy, let’s ponder the possibilities by establishing a small timeline.

We know the series takes place ten years after the events of Revenge of the Sith. By this time, Maul had already escaped from the events of Order 66 as we saw in Star Wars: The Clone Wars and had already established himself as the crimelord of Crimson Dawn, who was working very closely with Qi’ra at the end of Solo: A Star Wars Story.

We know from the events of that film that Maul was currently settled on his home planet, Dathomir. He’s never seen again until years later in Star Wars: Rebels, on the planet Malachor, whereby then, we learn that Maul was searching for a Sith Holocron but was left stranded on the planet for years in search of it. So there is at the very least a 4-year gap between the events of Solo: A Star Wars Story and Star Wars: Rebels, where Maul’s story is left unaccounted for.

Additionally, when Maul reappears in Star Wars: Rebels, he faces off against 3 Inquisitors who are left stunned by his appearance and call him “The Shadow.” However, there is no particular explanation as to how the Inquisitors know who Maul is or why they dub him “The Shadow”…unless they’ve met before.

Obi-Wan Kenobi could potentially serve as a brilliant way to fill in the dots of Maul’s story. We can see how the crime lord behind Crimson Dawn suddenly became a hermit living on another planet in such a short relative amount of time. It could also explain how Maul was left stranded on Malachor for years if Kenobi and he somehow managed to meet during the events of the series.

But of course, this is all just speculative territory, and we’ll have to wait until Obi-Wan Kenobi premieres on Disney+ this May to see what happens!

What do you think? Is Darth Maul going to appear in the Obi-Wan Kenobi series? Let us know in the comments or on social media!