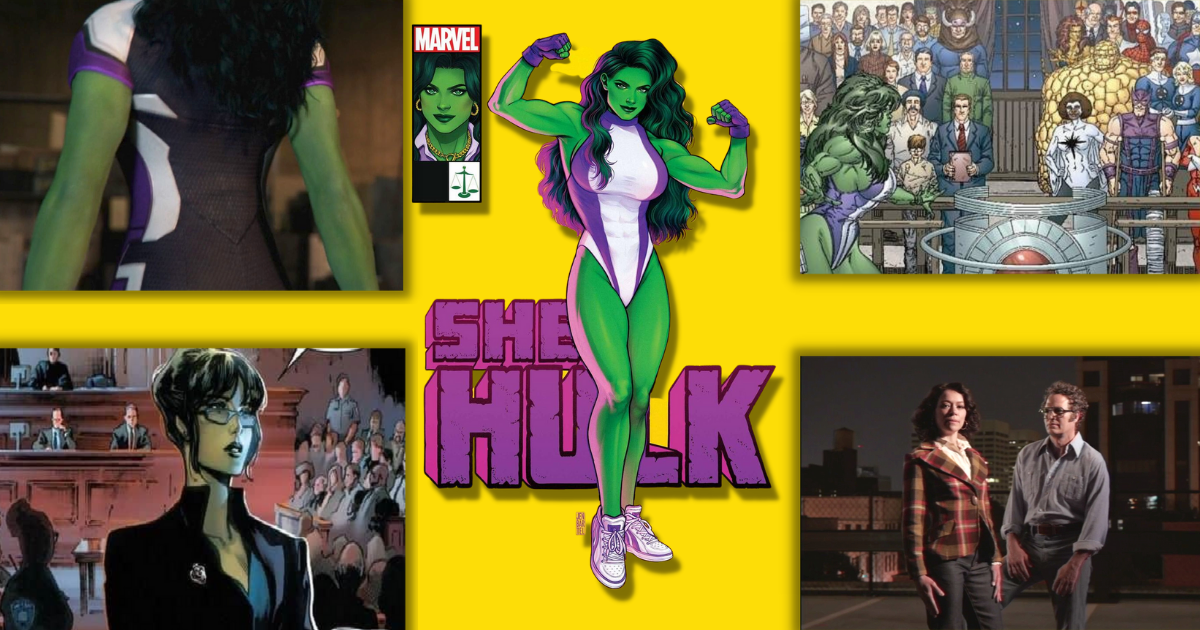 As the premiere of Moon Knight on Disney+ inches closer every day, fans are already looking towards future Marvel Studios projects for any tidbits and news. While some of the news comes in the form of exclusive reports such as The Wrecking Crew Appearing in She-Hulk, other little reveals come from places right in front of our faces.

Now it appears IMDb may have revealed the name of the law firm who will be the employer to Tatiana Maslany’s Jennifer Walters in the upcoming She-Hulk show.

Earlier today, we noticed a new listing on She-Hulk’s IMDb page by actor Jason M. Edwards. He is listed as being attached to the Disney+ show with the role “GLKH Lawyer.” While that role doesn’t specifically tell us who GLKH is or that Jennifer Walters will be working for them throughout her initial ten-episode run, it does align with some of her backstory in her source material.

And yes, we know, it’s IMDb which isn’t always reliable, and this isn’t an official confirmation, but this does seem likely to be accurate.

If we’re to take some clues from the comics, then GLKH most certainly stands for the Goodman, Lieber, Kurtzberg, & Holliway firm. GLKH plays an important part in She-Hulk’s comic series and some may have already guessed that they would be the main firm for Jennifer Walters in the series. The firm was created by Dan Slott and Juan Bobillo with the first appearance in She-Hulk #1 (2004).

In the pages of the comics, She-Hulk employer GLKH is described as a prestigious law firm that is well known for its superhuman law division. The division was founded by Holliway, who developed it after Sasha Martin, his granddaughter develops powers and assumes a life of crime.

This division has a few exceptional lawyers working alongside Holliway: Mallory Brook, Augustus “Pug” Pugliese, and Jennifer Walters. Both Brook and “Pug” have been rumored to be in the Disney+ series as well. Together these individuals, along with a few other people throughout GLKH’s comic history, work together not only in defense of superheroes and their rights but to pioneer Superhero law across the globe.

Up until this point we haven’t seen much about Superhero law in the MCU. Captain America: Civil War started paving the way for superhero law with the Sokovia Accords. Due to the actions of Wanda Maximoff (Elizabeth Olsen), the government was attempting to control heroes through enlistment. We also saw a minor glimpse of Matt Murdock (Charlie Cox) defending Peter Parker (Tom Holland) in Spider-Man: No Way Home. It will be incredibly interesting to see She-Hulk expand on what superhero law can be.

Perhaps Jennifer Walters is already working for the firm, or could it be that they are working hard throughout the first season to recruit her, because of her large, green presence in the superhero community? Either way, I can’t wait to see Maslany in action when She-Hulk finally bursts onto the scene.

Again, until we have proper confirmation, this is to be taken with some caution, however likely this seems. In any case, what do you think? Are you excited to see GLKH in action, or is there another law firm you’d like to see in the MCU? Let us know in the comments or on social media!

She-Hulk is expected to premiere sometime in 2022. FMI about Goodman, Lieber, Kurtzberg, & Holliway check out this page on Marvel.com.