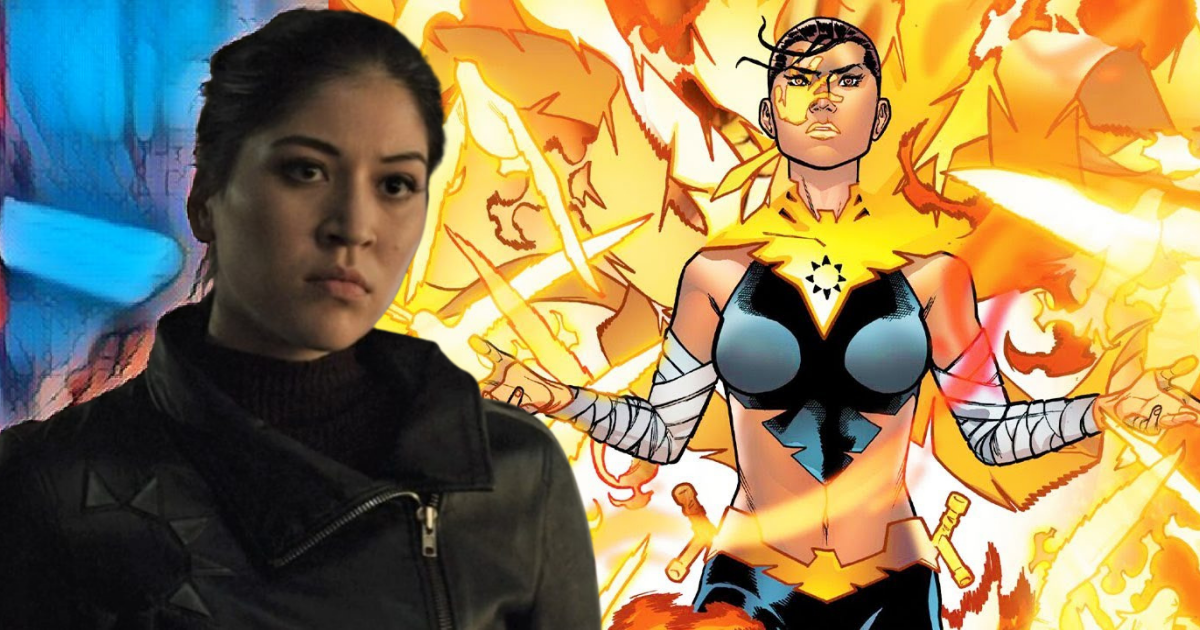 According to local reports we’ve now come across, Marvel Studios recently got the OK to film the Disney+ show Echo in the towns of Grantville, Georgia, and Social Circle, Georgia. Filming will occur in Grantville from May 16-20th and in Social Circle in April. Along with the news that filming for Echo is starting soon, we have also learned about a couple of locations that hint at plot points, as well as how far along scripts were at the time of the reports.

Details about the Alaqua Cox helmed Echo spinoff series have been slim since it was announced in November of last year. Maya Lopez, aka Echo was in charge of Wilson Fisk’s (Vincent D’Onofrio) Tracksuit Mafia in Hawkeye.  In the Hawkeye finale, she dramatically settled some family business with Fisk. We now have new information about the show courtesy of Newnan Times-Herald, Grantville, Georgia’s local paper.

First, there’s new information about the show from Ryan Schaetzle.  He’s a location manager for the series who has an impressive Marvel resume. Schaetzle had to speak before a Grantville City Council work session on Valentine’s Day for the show’s special filming permit to be approved. According to the reports, he told the assembled council, “We need a story about a small town, and Grantville would be a big part of that.”

Schaetzle told council members that (back in February) only two episodes of Echo were written so far and that the filming itself in Grantville wouldn’t involve “explosions, gunfire, or big stunts.” At the meeting, he also left the door open for Marvel to file another permit application to return once the rest of the episodes had been written should more shots be needed.

Second, the locations for the filming in Grantville and Social Circle hint at exciting story potential. In Grantville, filming is set to take place at Main Street, the Grantville Water Tower, some streets, and Bonnie Castle. There’s also the option to use a hardware store and a church in town. In Social Circle, filming in April will happen at The Great Walton Railroad.

Adding to What We Already Knew

We know that Echo is using, among others, the working titles of “Grasshopper” and “Whole Branzino.” They’re also using the production company Frequent Productions LLCs.

Recently, word came through a Central Casting post that Disney was looking for people aged 6+ to “portray Native American, First Nations, and Indigenous Peoples” in Georgia for filming from mid-April to the end of August 2022.

This is the first time Marvel will use Grantville for filming, but the town isn’t a stranger to Hollywood productions. It’s about 48 miles south of Atlanta, and famously, several key episodes of The Walking Dead were filmed there. Earlier this year, it was also the scene of filming Amazon’s Underground Railroad.  In a cosmic coincidence, Hawkeye’s Hailee Steinfeld filmed there for the 2016 movie Term Life.  Social Circle is also about an hour from Atlanta. Earlier this year, Jerry and Marge Go Large, starring Bryan Cranston, was filmed in Social Circle.

What do you think about Echo? Are you excited to follow Maya Lopez’s journey after her introduction in Hawkeye? What do you think the locations mean for the story? Please sound off in the comments or share your thoughts with us on social media.