With Black Panther: Wakanda Forever still roaring loudly in theaters and the Guardians of the Galaxy Holiday Special arriving on Disney+, fans of the MCU have a lot of fresh new material to be excited about. However, Marvel Studios is a filmmaking machine that never stops, so new shows and films are just around the corner. While there isn’t another MCU project coming in 2022, Marvel Studios is preparing to hit the ground running in 2023, with Ant-Man and the Wasp: Quantumania kicking off the theatrical side.

Ant-Man and the Wasp: Quantumania arrives in theaters in February, meaning that promotional material for the film is finally starting to heat up. Fans were treated to a trailer a few weeks back, arriving in time to pair with Wakanda Forever in theaters. Now, other promotional material, this time in the form of a theater Standee, is arriving at theaters, with gave us a bit more information about new and returning faces to the third entry to the Ant-Man franchise.

As stated above, some theaters have received and built their Standee, the large cardboard cutouts for upcoming films, for Ant-Man and the Wasp: Quantumania. The awesome-looking design of Scott Lang’s Ant-Man (Paul Rudd) and Hope van Dyne’s Wasp (Evangeline Lilly) standing on the hand of the villain of the film, Kang (Jonathan Majors), who is looming over them. Check out the standee here!

Photo of the theater standee for ANT-MAN AND THE WASP: QUANTUMANIA, courtesy of @TheMBrand.

Billing block confirms David Dastmalchian is back, but no Michael Peña.

William Jackson Harper and Katy O'Brian are listed as well.

Strangely, no "with" billing for Bill Murray. pic.twitter.com/IS6uPA3njX

The standee also lists the actors and actresses appearing in the film, with a few of the names not previously announced. Among the long list of names along the bottom of the standee is Katy O’Brian, a new addition to the Ant-Man franchise. O’Brian has previously acted in Agents of S.H.I.E.L.D. as Kimball, as well as Major Sara Grey in Black Lightning, Comms Officer in The Mandalorian, and George in Z Nation.

O’Brian has quite a few television credits under her belt, but the jump to the silver screen seems to be a newer update to her career. The standee gives no indication about the role she’s playing in Quantumania, but for those in attendance at SDCC, her face might look familiar.

In the footage shown during the panel (which quickly found it’s way onto Twitter), O’Brian was spotted sporting a detailed headpiece, which looks like it’s made of stone and carved into a bird-like appearance. She also has bright red makeup underneath her eyes and dark lips.

A stunt double’s listing on IMDB had previously listed her as being in the film, though they didn’t reveal her role. However, it seems she won’t be returning to her Agents of S.H.I.E.L.D. character, but instead, O’Brian could possibly be playing a follower of Kang, similar to Thanos and his black order in The Infinity Saga.

According to an Empire interview that came out earlier in the month, Kang has been stuck in the Quantum Realm for a long time. If that’s so, it stands to reason that he has built up a following of people to worship him and/or do his bidding. This is a common pattern of behavior for truly great villains.

While her role at this point is purely speculative, it’s safe to say whoever she is playing has some significance to get her name emblazoned across Quantumania’s posters and other promotional material, as well as needing a stunt double for her character.

Another name appearing on the standee is fan favorite David Dastmalchain, who played Kurt Goreshter in the previous two films. His inclusion in Ant-Man and the Wasp: Quantumania may come as a bit of a shock, as Dastmalchain himself was unsure of his future in the Ant-Man franchise when asked about it during the press junket for The Suicide Squad.

Kurt met Scott Lang through their mutual friend Luis (Michael Pêna) and served as the resident hacker for the team during their initial heist. Kurt goes on to work with Scott, Luis, and their other friend Dave (T.I.) in their new business X-Con Security Consultants.

While Dastmalchain appears to be returning to the franchise, the standee doesn’t list Michael Pêna’s name, so it’s possible that Dastmalchian is the only friend of Scott that is returning for this film. If Luis isn’t returning for Quantumania, it’s unclear how Kurt will fit into the overall story. Perhaps he’s shown early on helping Cassie (Kathryn Newton) build her machine shown in the trailer. That would probably require help from someone who is fluent in computer and coding.

It could also be that Kurt is contacted by Scott Lang or one of the other Ant-Family members after they become trapped in the Quantum Realm. Having someone on the outside who can help them escape before Kang causes them too many problems, would be helpful and fall perfectly into the role Kurt has played up to this point. I can’t help but think that Kurt’s computer abilities are going to be required in some way.

Ant-Man and the Wasp: Quantumania is poised to change the MCU in so many ways with a deeper exploration of the Quantum Realm, along with the introduction of Kang, played by Jonathan Majors. Majors previously played He Who Remains in Loki, a version of Kang who has kept the balance of the MCU for many years, while also keeping other versions of himself at bay. With whatever trouble Kang is about to create for our heroes, it’s exciting to see the film getting closer and getting better looks at all the major players.

Ant-Man and the Wasp: Quantumania arrives in theaters on February 17, 2023. Who do you think Katy O’Brien is playing? Could she be a follower of Kang? Let us know on Twitter! And if you haven’t already, check out a report from Lizzie Hill, with a possible first look at a ship from Quantumania!

Breaking: Possible FIRST LOOK at a Ship Set From Ant-man and the Wasp: Quantumania 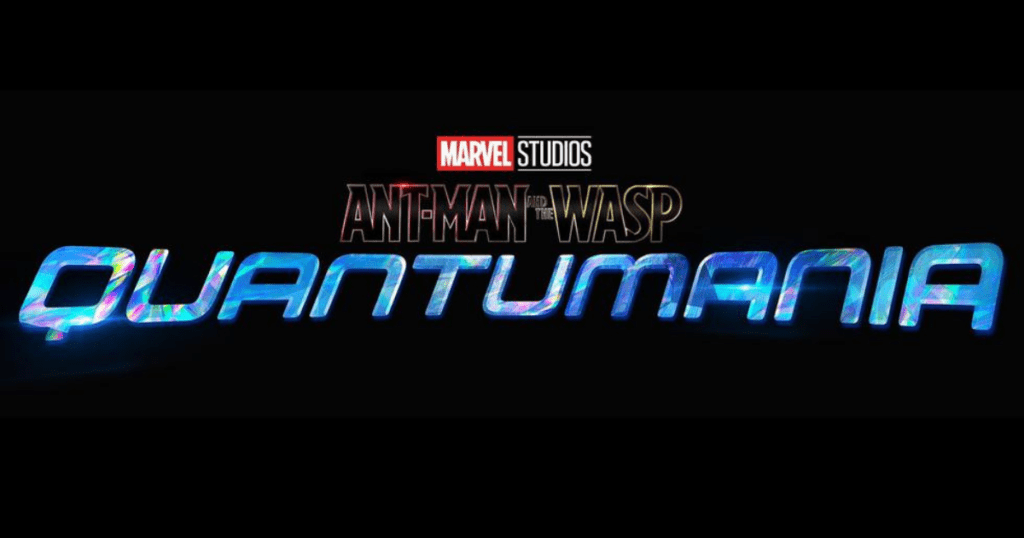