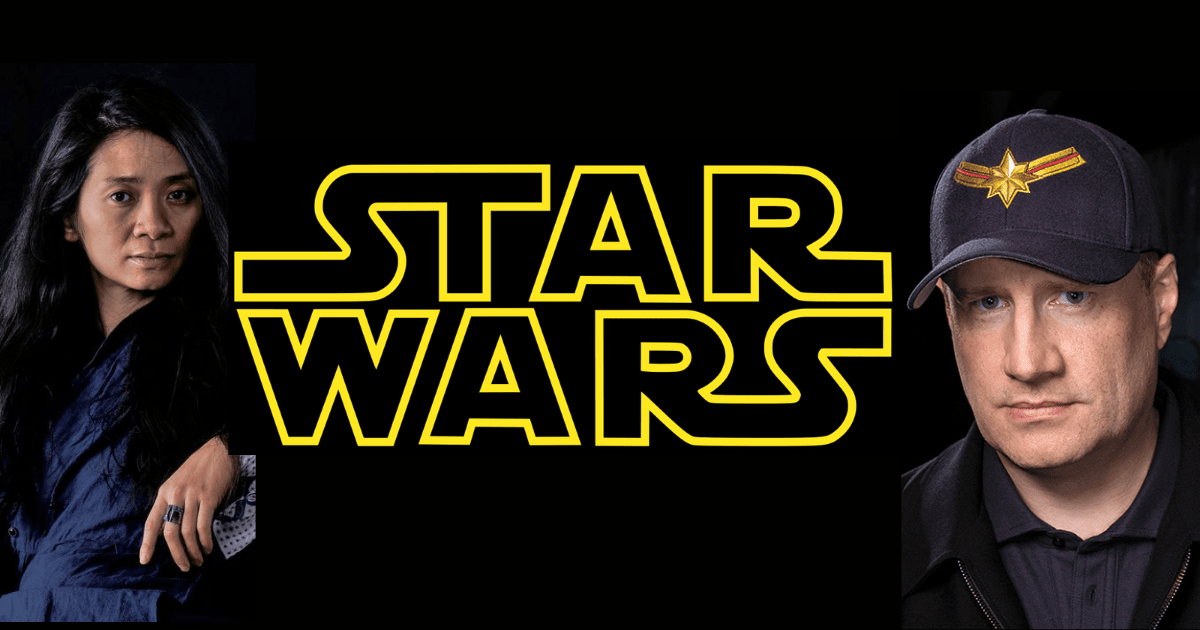 When Walt Disney Studios chairman Alan Horn announced back in 2019 that Kevin Feige pitched a Star Wars film, it seemed like a dream. The man that made Marvel Studios what it is today wanted to work his magic in another beloved franchise. Questions quickly began swirling about what the story would be and who would be involved with the project. However, like all projects in their infancy, there was nothing to report by Horn at that time. Fast forward to today, and it was reported that Chloé Zhao is attached to direct the film.

Big Screen Leaks over at One Take News ran an exclusive earlier today indicating that Zhao is close to signing/may have signed a deal that would have her serve as director for the untitled Star Wars project. BSL indicated that many of their sources corroborated this scoop. Though there was some confusion if Zhao had already signed the deal or if it was still in the final stages of negotiation. BSL wrote that he heard a bit of both.

BSL’s sources indicated that Zhao was always a top pick by Kevin Feige to helm this film. Zhao previously expressed interest in dipping her toes into the Star Wars universe while doing press for her just-released Eternals over at Marvel Studios. Which has been met with mixed reviews from critics, but well-received by fans. Many praise Zhao’s use of natural light and settings in Eternals, which would lend themselves well to the space opera series.

Not long after BSL broke the story, Jordan Maison over at Cinelinx tweeted about the project. In the tweet, Maison expressed dismay at not getting the story out quick enough. However, he indicated that the news about Zhao directing the film was indeed correct. He mentioned that he’d heard it was “locked-in” meaning the deal has already been signed.

Oh well, yeah, from what I heard, Zhao is "locked in" for Feige's #StarWars flick. https://t.co/1JyEAaRxc9 pic.twitter.com/G2fYKq7x7G

Around the same time, Diego Andaluz over at Discussing Film added his voice to the mix. He indicated that the deal was real and something he had hinted about prior to the leak. Meaning he had known about the project for a while now.  As well he said the project is being written by Loki’s Michael Waldron and set before “any other film in the Star Wars Universe”.

This Zhao/Feige Star Wars announcement was (one) of the things I was teasing a while back… most of the details are still under wraps, but Zhao & Feige’s film (written by LOKI’s Michael Waldron) will be set before any other film in the Star Wars universe… https://t.co/erMXUaidQn

While this news is exciting, it hasn’t been officially announced or confirmed by anyone at Walt Disney Studios or LucasFilm. Details on the film are currently scarce, however, with news of a director attached to the project, we may soon know more. Chloé Zhao is a strong name at the helm, with an Oscar win for her film Nomadland. In addition, her true hero epic Eternals is a movie that feels just as epic as any Star Wars film I’ve watched.

If the film is set before any of the other Star Wars films to date, we could get a look into the Jedi in its early formation. Perhaps even a High Republic or Old Republic film, which I know would make many fans happy. With such a rich history to pull from, there are so many possibilities for what we could see in this Feige-developed film.

Seems like the Force is strong in the team-up of Feige and Zhao. Factor in Michael Waldon and the successfulness of Loki, fans are in for something truly special. If this film ends up as epic as I think it will be, this team-up may be around for a long time. But what do you think? Are you excited to see more from the combined minds of Feige and Zhao? Or does the anger consume you? Let us know over on Twitter at @mycosmiccircus!