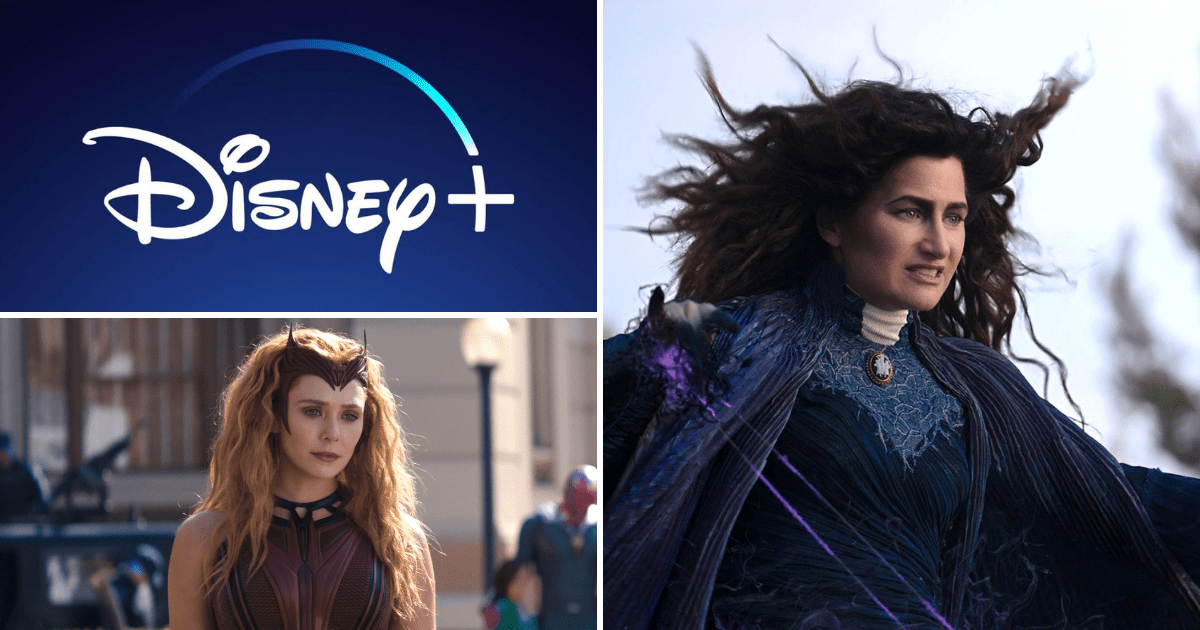 Today Variety reported that we are not done spending time with Kathryn Hahn’s Agatha Harkness, in a surprising announcement that a spin-off of critically acclaimed and Emmy-winner WandaVision has just begun development for Disney Plus! Expected to be a “dark comedy,” and with Jac Shaeffer set to return as writer and executive producer on the show, Agatha will be in familiar hands with the Captain Marvel and WandaVision writer attached.

We last saw Agatha with Elizabeth Olsen’s Wanda Maximoff placing a spell on her that would leave her stuck in her ‘nosy neighbor’ role, without any of her previous memories as the witch Agatha Harkness who abruptly inserted herself into Westview and Wanda’s “life”. For now, Agatha has been reverted into Agnes, the neighbor we meet at the beginning of the series.

With multiple Emmy nominations earlier this year for WandaVision (23), Hahn herself received one for her role as “Best Supporting Actress in A Limited Series”. The catchy tune from Episode 7 “Agatha All Along” was the one that won “Best Original Music”, and served as a confession of her evil interference throughout the show. As well, Hahn received significant praise from critics and fans alike for her range in character from episode to episode.

Her comedic timing and evil flair were perfect and added the right amount of light against some emotional beats. However, her turn to the dark side at the end of episode seven felt so shocking, even though many fans had correctly guessed who her true identity was. Hahn’s development from episode one to the finale was a joy to watch and a testament to Schaeffer’s writing abilities and understanding of the source material. With her character instantly being adored by fans, a spin-off bringing back a fun character must have been an easy decision for Marvel Studios. Although they’ll have to work around her scheduling on Rian Johnson’s Knives Out 2.

As to what they would do with Agatha remains to be seen. However, it could be interesting to see more of Agatha between the Salem Witch Trials and the events of WandaVision. On the other hand, Wanda stated in the finale, if she ever needed Agatha, she’d know exactly where to find her. Perhaps after the events of Doctor Strange in the Multiverse of Madness, Wanda will need a little guidance from someone with experience in dark magic? Either way, it’s exciting to see Kathryn Hahn return to a role that seemed just as magical for her as it did to the fans.

WandaVision is streaming exclusively on Disney+.

Update: A report from Deadline confirms the spin-off show is part of a larger deal with Marvel Studios which could mean appearances in future feature films!

UPDATE: This is part of an overall deal w/ Marvel that not only includes Hahn having her own spinoff series, but also for the character to appear in other shows and movies. Agatha isn't going anywhere anytime soon! pic.twitter.com/tWld1v3Fm2